On Grief as Pedagogy – The Feminist Wire

Home / Bodies / On Grief as Pedagogy

On Grief as Pedagogy 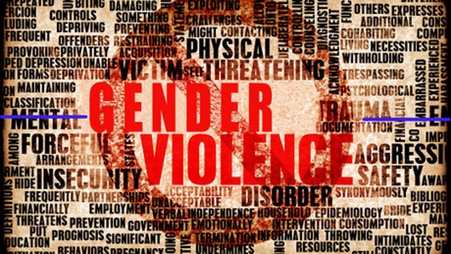 I don’t usually cry when I teach. If I do, it is because I am really angry about something my students must hear about right then and there. This morning, however, was different. I was on a bus with a bunch of students, two of which I see quite regularly. I would notice that these two young white men take up space they don’t deserve, speaking loudly so others must adjust their volume and discuss little besides the content of their protein shakes and the reps of their bicep curls. No big deal, just your usual white hetero-masculinity seemingly under constant threat.

But one of the reasons talking about sex, gender, sexuality, and race, as well as sexism, homophobia, racism, and violence, is so important is that sometimes “casual insults” against women and LGBTQ people, especially if they are people of color, turn into the following scenario and are part and parcel of what we consider “normal” behavior.

Sitting directly behind me, I heard them say:

Student 1: Hey, you want to see a decapitation video?
Student 2: A real one?
Student 1: Yeah, it’s on Facebook, here.

At this point, I didn’t really think anything of it other than it was probably a joke and if it wasn’t a joke, they will just say “it’s gross or whatever” and move on. I did not expect that for the next ten minutes they would provide me and everyone around us with a play-by-play of an unknown woman (I did not watch the video) being slowly decapitated by some unknown man in a place deemed “foreign” by these white men.

Student 1: It’s because she cheated.
Student 2: Wow, dude, that’s horrible but, like, look at how quiet and still she is. Why doesn’t she scream? You’re being killed! Do something!
Student 1: That knife is so sharp; it’s just slicing through her neck. He’s really going at it.
Student 2: Yo, dude, she’s definitely dead now, unless her head just rolled back. (Pause) No, she’s definitely dead. Look at all that blood. Wow, I can’t believe this is on Facebook.

Let me spare any more of their commentary. Suffice it to say that I sat there unable to move or to speak, because several parts of my mind, body, and brain were firing simultaneously around thoughts of racist violence against women, sexism, technology and cruelty. I did not turn around and shout anything in their direction, because I felt tired and because they wouldn’t get it. Not really. So I texted my then partner several times with barely-worded texts that included, “I hate them,” and he texted back, “People are horrible.”

And people are horrible. But people gendered as men into sexism, homophobia, racism, and violence are not only horrible; they inherit a world where violence, sexual or otherwise, against women and LGBTQ people is theirs to use as a tool of oppression, theirs to consume by means of media and technology and theirs, ultimately, to incorporate into everyday entertainment.

When the video ended, the boys shifted gears to discuss a friend who’s “such a faggot” and trailed into their usual nonsense. That’s how easy it is to watch a woman be decapitated via Facebook and transition seamlessly into homophobic conversation. This happens not because these students are an anomaly or particularly evil. As I often tell my students, hegemonic masculinity, aside from being one of the more fragile constructs ever created, allows very little room for NOT being a sexist, homophobic man. And when you aren’t a sexist, homophobic man, you are very likely being called a “pussy” or a “faggot” for not conforming.

Which is why this morning, I cried in my classroom. I cried because that woman was butchered, because she was butchered “for cheating,” and because someone ought to be disturbed that she died. Someone ought to be disturbed about that video and because such violence is so commonplace as to be rendered nearly meaningless by and for many men (and, to a lesser extent, people of other genders). My students cried along, because they too have suffered violence and attempt to live regardless, and because it’s easier to find someone who HASN’T been so affected, and they would be a rare find, in my classrooms.

I could not address the situation in the moment, but through talking to people I love and writing this here and elsewhere, I am getting a grasp on my feelings so that I can do something. And the something I want to do is to write them a letter and give them that letter next week on the bus. I will not ask for much, just a moment of silence, of reflection about their words and conversations that are, regardless of intent, instances of violence with real consequences that connect to a lot of other gender, race, and sexuality-based violence running through our lives and no longer running through the bodies of those we killed.

This last bit I write many years later. In the end, I never gave them the letter; though, I carried it in my bag for the next two months. I felt it would not really change anything, and I felt vulnerable being with them on that bus when I was quite late in my pregnancy. I did not only feel vulnerable physically but emotionally, and keeping me whole became more important than giving them a teachable moment to ignore. I still think about them and see them sometimes. I might still say something one day. Until then, I will always bring it up, in the classroom, as an example of how normal it is for men to relish in a woman’s death, especially if she is unnamed, of color and beheaded somewhere “foreign.” 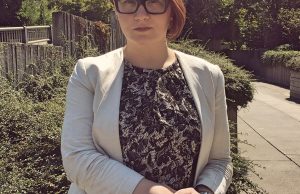 Simone Kolysh is a Ph.D. candidate in Sociology at the CUNY Graduate Center. Their work centers on the ways in which race, class, and space shape people’s gender and sexual identities. They are also adjunct professor at Brooklyn College and Quantitative Reasoning Fellow at Kingsborough Community College.