Why? Look around you. Consider the clear disparity between men and women, the dominance of something known as rape culture in which people use sexism to justify misogyny.

You don’t think rape culture exists? Sit back. Don’t relax. Let me tell you a story.

This is how the world works: when a woman is raped, both society and the media empathize with the man. They ramble on and on about how his life has been destroyed, how unfortunate it is that he’s going to jail (if he’s even found guilty at all, because only 3% of rapists serve time in jail). Take, for example, Brock Turner the Stanford Rapist, who is now being released after serving half of his meager six-month sentence, which was intended to minimize the “severe impact” that jail would have on him. They don’t say anything about the survivor, how she’s now stigmatized, how she has to deal with the aftermath and trauma of being assaulted, how she’s suffering for someone else’s choice.

Welcome to a phenomenon known as victim-survivor blaming, where women are evidently “asking for it” when men are the ones making the conscious decision to rape them. But we don’t teach men not to rape women, do we? No, instead we tell the women that they shouldn’t drink, shouldn’t walk alone at night, shouldn’t wear revealing clothing. This approach, however, implies that innocent women are guilty of perpetrating men’s actions—but the truth is that most rapes are premeditated and men are fully responsible for the choices they make.

And then there are the men who say that “if it’s a legitimate rape, the female body has ways to try to shut the whole thing down” and prevent pregnancy. But the very idea of “legitimate rape” is an oxymoron, because the core definition of rape means forcing somebody to have sexual intercourse. If force is involved, then it’s impossible for the act to be legitimate.

Yet the world insists on leaving men in power over women and in charge of rape and abortion laws, even when they don’t understand how women’s bodies work. Men don’t have to worry about carrying a rapist’s baby inside them for nine months, a growing reminder of an unspeakable experience nobody should have to endure.

This is a world where some girls and women fear men, where they have anxiety attacks and nightmares about becoming rape victim-survivors. But the worst part is, for some people, it’s not a nightmare. It’s reality.

And so, blaming women for getting raped is as ridiculous as blaming people for getting rained on because they didn’t bring an umbrella on a blue-skied, sunny day. 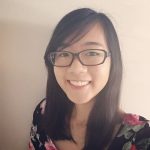 Sarena Tien is a Chinese-American writer, feminist, and Francophile. Her poetry and essays have been published in S/tick and As/Us, as well as on TransitionsAbroad.com, The Feminist Wire, and Bustle. When she’s not reading or writing, she can often be found folding far too many origami stars.