On the Definition of Strength, Sexism, and Dirty Words – The Feminist Wire

Home / Bodies / On the Definition of Strength, Sexism, and Dirty Words

On the Definition of Strength, Sexism, and Dirty Words 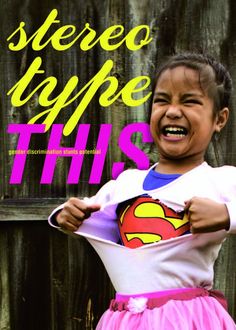 A favorite quote of mine is (mis)attributed to national treasure Betty White, “Why do people say ‘grow some balls’ ? Balls are weak and sensitive. If you really wanna get tough, grow a vagina! Those things take a pounding.” She’s right you know. Vaginas give life. From the uterus comes the literal lifeblood of civilization. Yet axioms like “grow a pair” and “you don’t have the balls” presume the power lies with the male genitals, and should a person be even temporarily deficient in confidence or brawn, they morph into something female and are subsequently told to man up. They’re called pussies. Girls. Men are asked if they need a tampon.

I, a staunch and agitated feminist, have been guilty of saying these words. No more. Change starts with me. Us. We need to correct this historically misogynistic, sexist, and inaccurate implication. Biologically speaking, stunningly amazing things happen all throughout the uterus (why, hello and welcome to the world, little newborn baby!). Testicles, on the other hand, shiver and shrink if the water is a degree too cold. Furthermore, some men insist they are utterly subject to the will of their genitals and should therefore be excused for their behavior when others deem it unacceptable. Women are told it is our own fault we are offended; we simply don’t understand what it’s like to be a slave to the penis. It is beyond control and the region requires 24-hour protection and pampering. Yet, male genitals have been the symbol and measure of strength. Why?

It should be noted before going any further that in no way do I believe that reproductive organs dictate anyone’s character, gender, or soul, good traits or bad. There are many enlightened, respectful men who act with integrity. It is also not my belief that being born with or currently having a uterus is what makes someone a woman, nor does merely being born with a penis make someone a man. 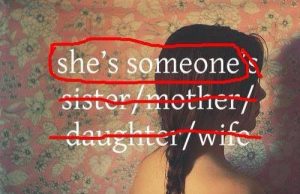 Freud misrepresented our desire for respect and fairness for a subconscious desire for penises of our own.  This misrepresentation disregards women as human beings in their own right and implies that cis-men are the only gender group worthy of fairness. I’m reminded of my college days when boys would brag about being able to effortlessly pee in the woods standing upright like it was a medal-worthy achievement of honor and perseverance. Girls would complain about lack of toilets and boys would tease that this frustration meant we all wanted a penis, we wanted to be “men.” No, we just want toilets, thanks.

It is my assertion that in order to fix the above mentioned fixation on measuring power with the Standardized Male Ruler, we need to begin on the other side of the spectrum to eventually meet in the middle. When everyone is used to one extreme, we should shine a light on the other, and lead them to the idea that in the middle there is a potential for compromise. Some of the privileged people of the world, unaffected by experiences of the oppressed, may not know what the issues even are. So, let’s tell them. I’m done listening to the privileged dictate what should and should not bother the bothered.

I propose we swap out genders. We start using and incessantly repeating phrases like “grow some ovaries” and “woman up, stop being such a testicle.” Bigger picture, it’s not ideal to have to put down one group to build up another. That is not my style. I’d rather not refer to strength as genitals at all. But I believe we need to take our power back. When you want to make wine, you’ve got to smash some grapes. If you want to make a statement, use absurdly bold ink.

Now, some may feel that this is unnecessarily harsh on men. I get that. But where are those same concerns for the women who are being insulted in this exact way on a daily basis? Do we need yet another reason to associate our unique and powerful bodies with inferiority? We have been given plenty of those already, thank you. If we wouldn’t teach our sons it’s ok to hit a girl, we shouldn’t close our eyes as our daughters learn it’s ok to take a hit. This perpetuated use of accepted slang is another reminder that we’re simply not thought of with respect. Stop using parts of my body to insult someone. 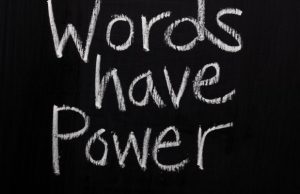 Someone will mansplain that these are just expressions. Explain them to me then. Because what I see is an ongoing illustration of a historically accepted view of women that isn’t exactly the most accurate or flattering. So I’d love to hear just how “pussy” came to mean “a weak person.”

“It’s not a big deal. There are bigger problems in the world, why are you even worried about this?”

It is a big deal. One issue doesn’t negate another and we have to start somewhere. One can fight war and poverty while still maintaining a basic level of respect for fellow human beings. The word “feminist” still causes eyerolls and I can only assume it’s for one of two reasons: people either don’t know what the movement is about (in my opinion a desire for equal rights and fair treatment for everyone) or they’re genuinely sexist. But not to worry, feminists are changing the world one person, one Facebook post, one promotion, and one Presidency at a time. 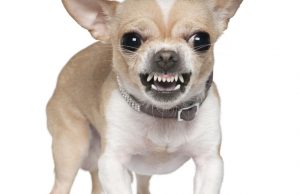 My closest friends, both the women and the men, are so undeniably badass and complex, with indestructible spirits and spectacular sins. I admire their unique abilities, seething attitudes, and I respect the hell out of them for the way they handle themselves when life isn’t fair. I will never describe their behaviors as gendered, because the gender with which they identify has nothing to do with it, nor do any reproductive organs with which they may have been born. Flaws are not inherently female. Competence is not inherently male. Biologically, more testosterone may make one more aggressive, but let us look to the ferocious Chihuahua to demonstrate how dissimilar aggression and power really are.

Our language needs to keep pace with the progress we continue to achieve. My point is simply that people need to pay attention to the words we choose. Words can paint our collective view of culture and spark change. We’re all in charge of our little slice of the universe. We are all powerful. 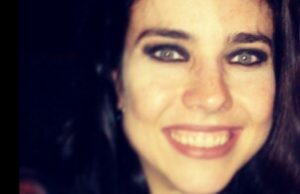 Dorie is a human being and runner from New York City. She is the daughter of a German immigrant and a retired NYC police officer, and got her degree in Mathematics from SUNY Albany. While holding down a day job in HR, she volunteers for women’s healthcare and equal rights organizations. Other interests include cooking, yoga (although she should do more of it), books (mostly fiction), a nice glass of wine, Pretty Little Liars, and reality shows relating to prisons, kitchens and cooking, or tattoos.