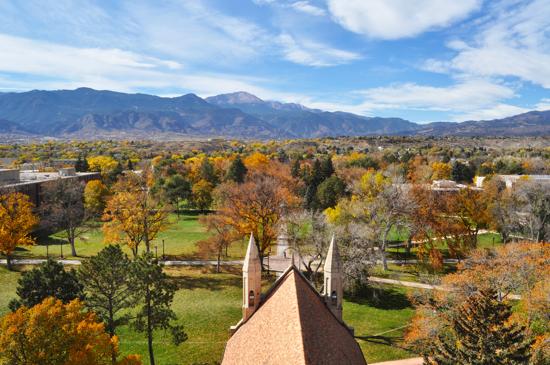 When I first stepped foot onto Colorado College’s campus as a freshman, I was amazed by the beautiful landscape, the friendly faces, and the buzzing activity going all around campus. I noticed how there were a lot of students, especially men, who were extremely fit. This became even more apparent when another freshman, who later became my best friend, stepped onto campus. Suddenly, there was a sharp contrast as he stood there with his stomach protruding from his shirt and out of breath from the elevation. He stood there taking it all in: The next four years, the landscape, and the other male students with their slight bulge of biceps, flat and sometimes rigid torsos, strong calves running effortlessly at 6,035 ft. of elevation. The campus was crawling with future male models for Patagonia, REI, and North Face.

Colorado College (CC) prides itself in promoting a healthy lifestyle for its students. With a dining hall that gives students an abundance of food options for the vegans, vegetarians, and gluten-free, as well as a renovated fitness center that looks over Pikes Peak and numerous clubs and organizations to get you moving, sweating, and in shape, how can a male student not be physically fit? And when they are not physically fit, it becomes clear that they do not physically belong. Several aspects of the CC community such as numerous healthy eating habits, gym programs, and outdoor activities foster a culture of body shaming even for male students. While I am not suggesting that these aspects are detrimental in and of themselves, I argue that the College values these things in ways that are overwhelming and exclusionary. I focus on men because although the “CC Culture” is promoting a healthy lifestyle, it is also promoting body dissatisfaction, as well as making it difficult to navigate public spaces for some men on campus. 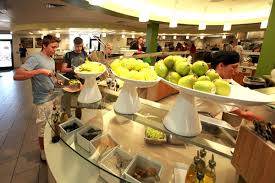 The “Tigers Don’t Waste” program in one of the dining halls at CC is one example on how the culture subtly shames students based on their consumption. The program, which was started by students, encourages other students to watch what they put on their plate as a way to minimize food waste. I remember when it first started, there was a lean male student sitting in a chair where students were scraping their plates and putting them back in the kitchen. The man would check each student’s plate and give them a sticker if they had no food waste and would give a not-so-gentle reminder to those who still had food on their plate. In “‘They Are Weighted with Authority’: Fat Female Professor in Academic and Popular Cultures,” Christina Fisanick notes, “American culture encourages and is proud of abundance, of having more than we can use. However, as much as we are pushed to consume, we are pushed even harder not to show signs of consumption.” The “Tigers Don’t Waste” student program is one way to praise students for hiding their food consumption, while scrutinizing others for showing that they have too much food consumption. If a man shows signs of consumption, then he is showing that he does not have control over his body. If he does not have control over his body, then how can he be masculine, if masculinity is about being in control? This loss of control of the body will lead to trying to regain control through going to the gym and engaging in outdoor activities.

While the fitness center is open to all genders and everyone who is a part of the CC community, there is an unspoken rule that the cardio section is for the feminine and the weight room is for the masculine. Men are to have as much of a muscular build as possible in order to exude masculinity. If a man is seen running on the treadmill or cycling, he is exuding his strength, but not as much as he would in the weight room. There he will not only be exuding his strength, but he will also add to it and build his muscular body with each bench press or leg curl. The weight room gives men a place to gain control over their bodies as well as a place to show their body privilege. Samantha Kwan defines body privilege as:

“The thin body is such a coveted cultural standard that is an unchallenged norm. Meanwhile those without privilege must negotiate daily interactions, sometimes feeling shame, guilt, and anger because of their bodies. In short, body privilege allows its possessor to avoid physical and emotional injury. Young’s (1990) ‘loathsome bodies’ – namely those deviant fat bodies – experience the reverse.”

I know for me personally that I experience emotional injury due to my lack of body privilege. And for the men on campus, going to the gym or the weight room is one way to attain their body privilege and avoid any injury to themselves. By them working out at the gym or participating in outdoor activities such as skiing, snowboarding, and backpacking, they have body consciousness about their body management. Kwan defines “body consciousness” as “body management.” She writes,

“I label this awareness ‘body consciousness,’ which I define as the heightened awareness that one’s body does not conform to hegemonic cultural ideals. In this way, it is an extension and magnified form of everyday body consciousness – namely, a general awareness that many participants expressed about their bodies being overweight […] Body management is a way of handling a difficult situation so that one does not feel psychologically scarred, particularly from a deviant label.” 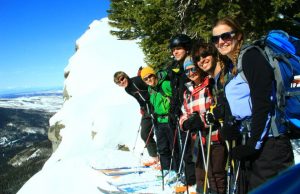 If the male student doesn’t participate in outdoor activities such as Winterfest and BreakOut Trips, then they are seen as not having body management. The people who participate in these events are mainly men and it is seen as an abnormality if you are a male and do not physically participate. If an “unfit” male were to go on these events, then they experience body consciousness due to their lack of physicality and have to compensate through body management. By having body management, the male student continues to foster the toxic CC Culture. Kwan’s study of body privilege, consciousness, and management is practiced on Colorado College’s campus when men try to participate in the “CC Culture,” and attain the body privilege.

The CC Culture fosters an environment that subtly and overtly shames students who aren’t deemed physically fit, through the “Tigers Don’t Waste” program and body privilege and management in the weight room and outdoor activities. Although these may be subtle ways to get students to be a part of the culture on campus, some schools are not so quiet about their expectations in students’ health. Bryn Mawr College had to apologize to their student body for sending out an email to all the students with high BMIs (body mass index) that gave tips and programs they can use to try to lose weight. The outcry was huge among the student population and caused distrust between the students and the Bryn Mawr administration.

Colorado College and Bryn Mawr College are just two examples of the ways that body shaming can happen on a college campus in order to foster their dominant culture. While there is an importance to live a healthy lifestyle and take care of your body, there is also an importance to not shame men into thinking that they are not “man enough” because they do not display physical strength and washboard abs. We need to recognize that these college environments can be detrimental through their overwhelming presence and exclusionary programs. We need to recognize that the inherent shaming that goes on is dangerous for masculine identities and how they are perceived. We need to recognize that there is a toxicity when it comes to the masculine identity and strength. Strength comes in many different forms and not just physicality. Strength is when life hits you with an ailment or tragedy that hits you close to home and you are forced to deal with it. Strength doesn’t always have to be portrayed through a physically fit body and to be dominating or intimidating others. Strength can also be portrayed through having emotions and letting them show.

Let’s dismantle the idea that your body is the only way to show that we are strong. We need to apply these notions to male students as they come onto campus. Let them know that they do not need to assimilate to the culture and that we don’t associate their masculinity to their body type. 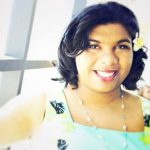 Jade Frost is a senior at Colorado College where she is a double major in Feminist and Gender Studies and English. She considers herself as an avid bookworm and conversationalist with a passion for social justice. Jade hopes to work in nonprofits or a publishing company where she can help foster a change.