EMERGING FEMINISMS: On Thongs, Boys and Freedom – The Feminist Wire

By Guest Contributor on September 8, 2016

“What is that?” he asked me, pointing to my underwear.

It was 11th grade and I was hooking up with my boyfriend in the middle of the school day, in a fairly public stairway leading to our high school pool. I was just mentally assuring myself the air conditioner noises were not teachers walking towards us, when he suddenly stopped mid-make-out-and-grope.

“This?” I asked, my eyebrows raised in genuine confusion, holding the edge of the Victoria’s Secret thong in between my fingers.

“Really? You’re really wearing a thong?” he said, disgusted. He turned away, zipped up his pants, and went to leave the chlorine-scented hall we had just snuck into. 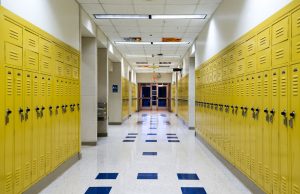 When I was 15, I blacked out for the first and last time. It was the first real high school party I attended and all day I was buzzing with excitement for the maturity and experience I undoubtedly was going to be gifted with later that night. It wasn’t just a party, it was The Party and it was one I, despite not remembering, could not forget.

Exhaustion, dehydration, and an inaccurate concept of vodka colluded in a perfect drunken storm such that I do not recall almost anything from that night. I have exactly two memories after innumerable shots of cheap alcohol. First, taking a very sloppy picture with a friend, sharing a lime in between our mouths and feeling sick from the scent of tequila. Secondly, I remember Matt leading me to a closet where I now know we were sexual as I fell in and out of sleep, in and out of awareness.

We weren’t dating yet, just in that often conveniently vague area of “talking”, but, as I found out the next morning, I cheated on him that night. He reminded me of that everyday for the next year and a half that we dated. Two boys made out with my falling, incapacitated, semi-conscious body and that embarrassed him. I cheated on him, with two boys, and I devastated him.

Later, I found out one of those guys at least asked for permission: from Matt, not me. I was too out of it to personally consent but Matt gave him the go-ahead, because the first boy already ruined me, so what’s another, and I guess it never got weird seeing as they are still best friends.

But I was 15 and sorry and maybe in love but probably not and we dated.

It took about 11 months for me to finally get Matt to agree that I likely did not want to make out with those guys nor would I have done so if I could’ve stopped it.

I know, he finally admitted. I exhaled. But why did you drink so much?

I deserved what I got. Those words came first out of his mouth and eventually mine. I believed that, through the years we dated and the years after, through later trauma and further pain. What a funny construction, “I got”, as if there were no subjects to my object. As if forces of nature, not a real person, were behind my suffering.

And I suffered. “Thonggate” was one of many phenomena with the same storyline. Replace wearing a thong with going to a concert or having a male friend or sharing an opinion when not asked. Something would happen three times a week, where I would be too loud or too sexual or too not sorry. So I apologized, wholeheartedly, three times a week, for almost two years.

I tried to repent with words, with actions, with text messages, with giving in to his genius idea that all we needed was a three-way hook-up so that he could also hook up with someone in front of me and then we would be even or something and also I was supposed to organize it. A three-way I had no interest in. By December 7, the latest. Thankfully, I managed to convince him that a threesome was not, in fact, the answer but it’s only now that I look back on that with sadness for a 16 year old girl so desperate for forgiveness, for salvation, for humanity, that she was willing to disregard boundaries and wants until they ceased to exist.

But even when the relationship wasn’t painful–and it was sometimes good, as he will emphatically insist– it was exhausting. I developed a permanent, and spot-on, radar for his discomfort, his anger, his frustration, his disgust, his (rare) contentedness. I was tuned in to his emotions like a shitty AM radio station always on in the background. I couldn’t hear myself over the noise.

And I was drowning. I was truly sincerely sorry for wearing a thong that day because it showed I not only cheated on him but wasn’t really sorry about it because if I was really sorry I would stop being a slut. I would stop thinking my underwear, my body, my sexuality, any of my choices, were for me and I would show that I was sorry, so sorry, until there was no I anymore. I believed that.

Now, I tell these funny anecdotes about my “crazy ex-boyfriend” to my college friends, like the time he pulled out a drug test when he heard I smoked at a party or when he shaved his head to get back at me for dying my hair. But I wasn’t always laughing.

“Morgin” I watched the grey messages appear on my iMessage.

“You can’t tell me you really don’t think you’re a slut.”

I sobbed seeing that. I learned to doubt myself and my perceptions, to feel as if I were crazy and also fundamentally and perpetually bad, damaged, damaging. I lived in a state of guilt, in a state of sorry– it became me.

I ended the relationship not after one final crazy incident but rather during a rare week of peace. With the dust settled, I realized there was not a crazy passionate love under it all that I was suffering for; the fighting itself, the lows and the reactive highs, had tricked me into believing they were one and the same. With the volume turned down, I heard that and I heard myself wanting out.

Thanks to great friends, one wonderful therapist and many feminist reading materials (I always say feminism is the best self-help), I’m finally starting to stop believing that I deserve whatever I get. After the break-up, I voraciously read stories about other kinds of love and I believed in them and I eventually believed I wasn’t too messed up to deserve them.  And I wrote: first love poems and then sad and cliché poems of grief and now poems of fury. I like writing down truthful words so that I can quiet the doubt. So that I, if no one else, can believe me.

I’ve talked to Matt a few times this past year, for closure, and I found myself saying sorry again: for moving on too quickly, for breaking up with him too insensitively. When I brought up his abuse, he said it seemed like I forgot all the nice things he did for me. Closure. I am angry. 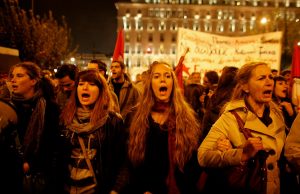 I’m angry that even though everyone knew, no one said anything.

I’m angry that my mom still talks about what a nice kid he is.

I’m angry that we live in a world where emotional abuse is constructed and enabled as normal, evidence of passion and manageable. That Crazy Boyfriends are a common genre of men who apparently just love in crazy ways, not a type of abuser that cloaks control and anger in the framework of love. Whereas having a Crazy Girlfriend, emotional and high-maintenance, is a curse, having a Crazy Boyfriend is socially acceptable. A rite of passage, even.

I’m heartbroken because I know my story isn’t that special or unique.

I’m most angry that I thought my pain, my self-sacrifice, was appropriate, necessary, admirable and indicative of 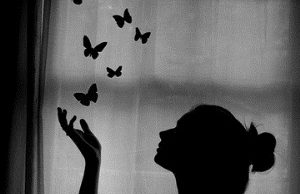 true love. Love. I’m furious that many agreed with that and still would. I’m devastated it took a lot more pain for me to begin to liberate myself, finally and completely.

I’m angry but I’m not ashamed and I am certainly not sorry, not anymore. And I will write this truth so that I can forgive 16 year-old me and save 20 year-old me and make something glorious of the doubt, the process, and the pain. Something that feels like freedom. 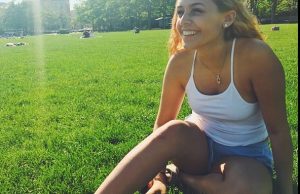 Morgin is a student at Swarthmore College, studying sociology and political science. She is interested in transformative justice, girlhood, and Simone de Beauvoir. On campus, she is involved in creating safe party spaces and sexual violence prevention work. She hopes to survive three more years at Swarthmore and figure out the rest from there.