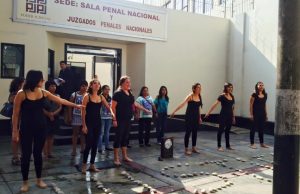 On Friday, March 4, 2016, a group of survivors, advocates, and activists occupied the entrance to the Peruvian national criminal court, insisting that their trial date be set. They demanded justice for crimes against humanity committed by twelve soldiers and two low and middle ranking officials during the 1980-2000 Peruvian internal armed conflict. During this conflict, a military base occupied their rural, Quechua-speaking community in the region of Huancavelica from 1984-1995. The military systematically perpetrated sexual violence against Andean rural communities, and the Peruvian government did nothing to stop it. This case brought forth by the survivors will be the first time the Peruvian national judicial system tries perpetrators for sexual violence during the internal armed conflict as a crime against humanity.

Importantly, the Peruvian case builds upon the international precedents set by the International Criminal Tribunals (ICT) of the Former Yugoslavia and Rwanda. In the 1990s, the ICTs created an international legal language regarding wartime sexual violence as a crime against humanity. In 1998, the Rome Statute of the International Criminal Court defined sexual violence as a crime against humanity, which included sexual slavery, enforced prostitution, enforced pregnancy, enforced sterilization, and rape. It is important to note that the tireless work of feminist legal scholars, practitioners, activists, and advocates played a central and historic role in the establishment of these international legal precedents.

Take, for instance, the change in Guatemala’s legal view of sexual violence. The Sepur Zarco trial recently heard in the Guatemalan Supreme Court tried Guatemalan Army Lieutenant Colonel Francisco Esteelmer Reyes Girón and military commissioner Heriberto Valdés Asij with sexual violence and sexual and domestic slavery against fifteen Maya Q’eqchi’ women during the 1960-1996 internal armed conflict, and specifically during the intense violence of the early 1980s. The two officials were also charged with enforced disappearance and murder. This hearing was the first time a national court tried wartime sexual violence, and the outcome set a national precedent with international implications.

Francisco Esteelmer Reyes Girón received a 120-year sentence and Heriberto Valdés Asij received a 240-year sentence. Besides the condemnation of the perpetrators, the outcome in the Sepur Zarco case symbolically ruptures centuries of impunity and a colonial logic that naturalizes sexual abuse of indigenous women as part and parcel of daily life. The first women survivor-witness to testify in the Sepur Zarco case explained that land conflicts were at the root of the armed conflict—the big landowners (finqueros) wanted land in which indigenous people grew corn, beans, and rice.  A protected witness testified to the fact that the finqueros called upon the military to take the community’s lands while the community was in the process of gaining legal titles. While there was no guerrilla presence in the area, and it was not registered as a conflict zone, the finqueros and the Guatemalan state both saw indigenous communities’ claims to the land as a threat to their interests and thus deployed the military.

The use of brutal violence to control land and dominate the people who inhabit it echoes and continues the same power dynamics established through the colonial encounter. Indigenous women’s bodies have historically been a space of colonial occupation. Finqueros and the military re-enacted this colonial legacy. In addition to systematically disappearing or killing the male community leaders working to gain land titles, sexual violence facilitates the destruction of the community’s social fabric and culture. According to Argentine feminist anthropologist Rita Segato’s expert testimony, “The conquest has not ended.” People in the Andean highlands of Perú identify the continued colonial dynamics as a pattern of relations, un patrón, in which sexual violence is an intrinsic part of the maintenance of ongoing domination.

The legal cases in Guatemala and Perú provide significant insights for decolonial and anti-imperialist feminist work. The sentences given to the perpetrators in Guatemala address the specific crimes committed and treat the abuses as isolated and individual instances. At the symbolic level, the sentences end the permissibility around colonial/modern occupation of indigenous women’s bodies. Nevertheless, the sentences do not address the overarching relationship of domination/subordination with the finqueros and military. The historic context demands recognition of the repetitive nature of this type of crime and its collective implications in cases across the Américas. My recent book, Feminist and Human Rights Struggles in Peru: Decolonizing Transitional Justice, takes up this issue as a central concern.

Sexual violence directly harms the wellbeing of the community, the integrity of its social fabric, and its cultural continuity. Therefore, these cases demonstrate how through transnational solidarity, decolonial and anti-imperialist feminists demand attention to sexual violence as a harm and the need for solutions that address the collective needs of the community, of which survivors are central members. For example, the case of Ines Fernandez Ortega et al v. Mexico heard in the Interamerican Court of Human Rights in 2010 recognized that reparations to a victim of rape “belonging to an indigenous or tribal community may call for measures that encompass the community.” Such reparations include the state’s provision of resources for a community school and a community center to the M’phaa indigenous community of Barranca Tecoani of which Ines Fernandez Ortega is a member. Such attention benefits survivors because the measures support the sustainability of their community as a whole. 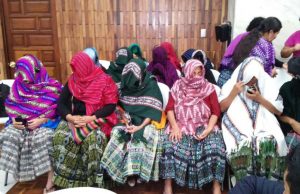 Maya Q’eqchi’ women in the courtroom negotiating the space on their own terms by protecting their identities with their rebosos. Photo: Jo-Marie Burt.

There are years, if not decades, of activism and advocacy behind these legal cases and the role of solidarity cannot be overstated. In the courtroom in Guatemala, members of indigenous communities from across the country came to show their support, including Rabinal, Alta Verapaz, and La Puya. Many different groups contributed to, and played a part in, keeping the process of legal justice going. Such groups include Women Transforming the World, Mujeres Transformando el Mundo, Breaking the Silence and Impunity Alliance, Alianza Rompiendo el Silencio y la Impunidad, and the National Union of Guatemalan Women, Unión Nacional de Mujeres Guatemaltecas. The work of political scientist and human rights advocate Jo-Marie Burt offers an important example of U.S.-based solidarity. Her reporting on this trial, and many others, has made available in English the details of the proceedings.

After the conclusion of the Peruvian Truth and Reconciliation Commission’s investigation into the causes and consequences of the Peruvian armed conflict during 2001-2003, a feminist non-governmental organization—DEMUS The Study for the Defense of Women’s Rights, Estudio para la defense de los derechos de la mujer—created an intercultural feminist human rights project that follows and organizes around this emblematic case of sexual violence. In 2006, several women survivors from the community decided to take on the judicial process as part of their reclaimed life projects. Solidarity efforts sustain the struggle. Given that Ines Fernandez Ortega’s case against the state of Mexico in the Interamerican Court of Human Rights was heard in Lima, Perú in 2010, the Peruvian survivors attended the trial, demonstrating their solidarity with Fernandez Ortega’s family and the M’phaa community. Rosalva Aida Hernandez Castillo, Mexican feminist activist, scholar, and legal advocate, shared with me this story of life sustaining solidarity between Guatemalan and Peruvian survivors. She gave expert testimony in the trial and played an important role in the case.  These types of exchanges among survivors across the Américas seeking justice fuel the capacity to endure the struggle. After a decade of work, the courageous and visionary survivors in Perú continue through the exhausting and seemingly endless judicial process.

Almost a year has passed waiting for the trial date to be set. The Peruvian judicial system has a massive backlog of human rights cases due to insufficient staff and resources. Of the human rights cases heard, the track record is not encouraging. Human Right Watch (2015) states,  “As of 2013, 48% of 2,880 cases focused on human rights violations during the [Peruvian] armed conflict reported to prosecutors had been dismissed, largely because prosecutors were unable to identify perpetrators and the Ministry of Defense was unwilling to provide documents to facilitate investigations. Only about 2 percent of the cases had been brought to trial.” Despite these terrible odds, survivors continue to seek justice through a national system that has never served them. This moment has come first and foremost because of their tenacity and vision. Solidarity at every level sustains the struggle, from those living in their communities to the work of human rights attorneys, advocates, and activists at the national level to those around the globe.

2016 marks the end of impunity enjoyed by Guatemalan armed forces. The Guatemalan judicial system recognizes acts of sexual violence against Maya Q’eqchi’ women as crimes against humanity and the perpetrators have been sentenced. 2016 may also prove to be the year in which the Peruvian judicial system recognizes acts of sexual violence against women from Huancavelica as crimes against humanity. Survivors, activists, and advocates demand justice and will continue to occupy the entrance to the Peruvian national criminal court every Wednesday afternoon until the court date is set. 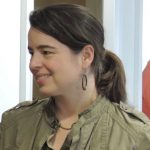 Pascha Bueno-Hansen is the author of Feminist and Human Rights Struggles in Peru: Decolonizing Transitional Justice and associate professor of Women and Gender Studies at the University of Delaware.