Personal Is Political: The Negation, Negotiation and Alteration of the Brown Girl Body Unfair and Lovely – The Feminist Wire

Home / Academia / Personal Is Political: The Negation, Negotiation and Alteration of the Brown Girl Body Unfair and Lovely

Personal Is Political: The Negation, Negotiation and Alteration of the Brown Girl Body Unfair and Lovely 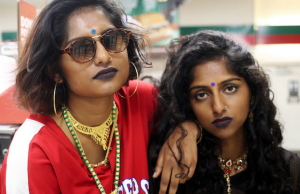 I am the Eelam Tamil co-founder of Unfair and Lovely and these are my experiences. Please do not attempt to refute them, just read.

During my second year of college, I moved to West Campus, the area of the University of Texas at Austin that students glorify because of its accessibility to parties, students, and a social life. I lived at the intersection of 26th and San Gabriel, and that was the marking of Greek life. It was near three Greek houses that were trembling with the residue of sexual assaults, reiterations of “the n word,” and howling Drake lyrics while fraternity boys attempted the sport of basketball. I kid you not, I passed the Confederate flag when I made my journey home. A harsh reminder that Abigail Fisher was a kindred spirit and the illusion of diversity was fully intact at the University. I was a means of accruing an image on the University brochure, and a semblance of introducing the concept of genocide to the classroom by having an in-person example.

Whether it is the 7/11 where I hold the door open for the fraternity boy or the way I avoid certain streets because I know that’s where I might encounter a glass bottle or a racial slur, West Campus has always been somewhere where I am timid and surviving. For example, in 2012, culprits in West Campus threw balloons filled with bleach at students. I was targeted twice, and both times I was walking down the street that leads from 25 ½ and San Gabriel to 25 ½ and Leon. Of course, many white students claimed that they were also targeted by bleach balloons. However, West Campus is disproportionately white. The majority of victims of bleach balloons were not white—they were brown and black. West Campus acts as the safe space for Interfraternity and Panhellenic housing—wait, everywhere is their safe space. Regardless, they dominate West Campus. 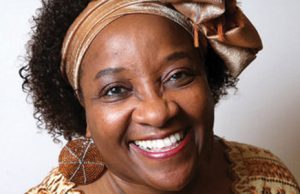 Greek life isn’t the only culprit though. When I was a junior, I saw Nontombi Naomi Tutu speak at the Human Rights Symposium, and that night, I walked home from the E-Bus and a light skinned South Asian boy and three of his friends said, “Dark-skinned bitch, go walk!” because I wouldn’t have sex with him. And it’s funny that I am writing this and questioning whether these are actually the events that happened to me or whether I am articulating a story that I made up, because that’s what happens to brown and black minds—we are guilty until proven innocent, and our truths are interrogated as if they were lies. And after I hear “dark skinned bitch, go walk,” I adjudicate how I should approach the situation—A) refute, B) cry, C) attack, or D) defend. I engage in all of it in hopes that I can resurrect my humanity, but instead, I walk by the Confederacy flags on that same street, wash my body of its inherent disgust, and lie in my bunk bed attempting to decipher the ways I am ugly and repulsive.

It takes me back to that time during my freshman year when I sat with my male friends from high school and they were reflecting on the people they considered attractive. Of course, they chimed in with Megan Fox and Kate Upton, the standard beautiful white girls it seemed like everyone aspired to be. Then, this white man introduced his logic that he would “never fuck a girl darker than a light skinned Latina.” He continued, “Have you seen their vaginas? They’re disgusting.”  No one stood up and defended my humanity. I wasn’t merely unattractive—I was disgusting, I was repulsive, I was inhumane, I was untouchable.

Growing up, I attempted to tame the ways I wasn’t white, because what use was I if I didn’t strive for whiteness?  The yearning for whiteness literally made me physically harm myself—I had an eating disorder for around 4 years, was told to lighten my skin, and yearned for light skin. I thought of myself as ugly, but never knew the culprit of that sensation was due to colonialism, the caste system, and anti-blackness within the South Asian community. Tamil is constantly used as a slur within the community. We constantly hear, “Tamil people are dark, but so smart!” as though we cannot be both intelligent and desirable. More often than not, I hear members of the Pakistani, North Indian, and Bangladeshi communities commenting that my skin is undesirable and that my beauty is stained by the color of my skin. When individuals comment, “You look so Tamil!,” they are saying, “You look so ugly and so dark!” Not all brown is equal. Tamilians are on the fringe of brown. That is why my auntie would call my youngest cousin “karupee,” which translates to “blackie” in English. That was her identifier—it would constantly be a reinforcement that she was Other, a negotiation, a body that was less valuable.

Unfair and Lovely was created for the people defined by their dark skin, for the individuals stripped of their humanity because of their skin color, the people who have experienced violence because of how society relocates and refines anti-blackness every time its slightly lost. This is for my siblings who are not assigned the comfort of existence, but must struggle to survive through the terrains of white supremacy against our own self-determination. I hope you can see the ways dark-skinned peoples are beautiful and human—they are capable of love, intelligence, beauty, and of blossoming in ways that others aren’t. We usually retract and reassemble ourselves in ways that are palatable, and we must stop. We are a nuisance, with stretch marks the color of fair-skinned folks that linger our terrain and occupy the ways we are brown. But I refuse this occupation now. I refuse to classify myself by the lightest tone that I adorn. We are unfair, because we have chosen not to be accommodating or to succumb to the desire of whiteness. And yet, we are lovely. 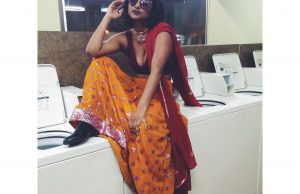 Mirusha Yogarajah is a fifth-year majoring in Government and African and African Diaspora Studies at the University of Texas. She has previously contributed to The Feminist Wire and produced written works about her research in Rio de Janeiro, Brazil, Bluefields, Nicaragua, and the gentrification occurring in East Austin. She is the co-founder of Unfair and Lovely, and likes hip hop, cheese plates, and $3 Trader Joe’s wine. She is pursuing a Master’s in Public Policy at the University of Toronto in 2016.