My melanin was supposed to feel magical.

But after centuries of being fooled into an identity created on false notions of undesirability, promiscuity, and inadequacy, black women have been coerced into the belief that we are unworthy of anything glorious.

Misogynoir describes an antagonism towards black women. The term was created by author Moya Bailey in 2010 during a discussion with a friend on the anti-black women sentiments existent in pop culture, particularly in hip hop. Today, the nurturement of misogynoir can be seen in the shenanigans of the numerous fuckboys comprising the “Love and Hip-Hop” casts, any given lyric in a Future song, the idea that black women are only to be sexualized, not romanticized, and the inattention to the black women being victimized by law enforcement.

What’s most disturbing about the monster of misogynoir is that black men hold the ability to reverse some of the spiritual and mental detriment it’s had on black women. Yet, instead of divesting misogynoir of its influence, they’re strengthening it. But, it’s important to note that black men aren’t solely responsible for the continuance of misogynoir. Black men, their white counterparts, and other masculine folks of color are perpetuators of a mentality that’s been instilled in them by our earliest oppressors.

It’s hard not to internalize the misogynoir so evident in judicial systems, television, news media, and music. At some point, black women may encounter it in interpersonal relationships with black men, whether they’re our fathers, lovers or friends.  The “round the way player,” man that routinely equates a woman’s worth with her attractiveness and the guy that uses “bitch” as a synonym for “woman” in his everyday vernacular are no less powerful than a rapper referring to his personal collection of women as “horses in the stable.”

Realizing the ubiquity of men that want to keep you degraded and manipulated can be heartbreaking and tiring. In times like these, heeding the words of the literary, magical black women that have preceded us is crucial, at the very least.

In Letter to My Daughter, Maya Angelou wrote, “You may not control all the events that happen to you, but you can decide not to be reduced by them.”

We decide if we allow our circumstances to lower our self-love, dignity, and worth. Succumbing can feel instinctive, but with maturity, it becomes an act of naivety to expect others to elevate your self-worth once they know it’s in their hands. Misogynoir is vicious. It preys on our lowly moments and uses our insecurities to keep us at the bottom of the social hierarchy.

Angelou’s words echo the idea of “mind over matter.” Or in this case, mind over misogynoir.

The concept of womanism was created by Alice Walker in recognition of and devotion to the well-being of the black woman’s spirit. In one of her multiple definitions of a womanist, Walker imparts that a womanist is, “Committed to survival and wholeness of entire people, male and female.” It reminds of the significance of both self-love and black love. Womanism sets itself apart from the historical misconstructions of feminism and mainstream feminism in that the powers of men aren’t used to measure where society’s view of our societal and political influences need improving. It has nothing to do with where women stand in comparison to men. When misogynoir attempts to intrude on our self-perception, the concept of not considering men in evaluation of our own self-standing is fundamental.

If you’re struggling to get back to (or enter) a self-loving space—where no one else is responsible for the bliss you find in your existence but yourself—remember that wherever there’s womanism, there’s a way. Here are five suggestions:

Certain the timing couldn’t be better. Filtering what you permit inside your mind and spirit may be more important than ridding your living space of the tangible items you’ve been hoarding this spring. A good place to begin spiritual filtration is with your music selections. Let go of those songs on your playlist that in some way or another, boast the idea that black women are contemptible and disposable, while offering no redeeming lyricism. Replace these songs with more empowering ones. India.Arie, Goapele, Yuna, and Beyoncé (Lemonade. Refill. Lemonade. Refill…) have produced many rhythmic tributes to self-love. If you find it difficult to part ways with your favorite bangers, try listening to their instrumental versions. But what’s most important on this playlist revival: Future, Young Thug, and the other artists that repeatedly perpetuate the narrative that black women deserve nothing beyond the “D” have got to go.

This filtration can apply to what you choose to watch on TV as well. If more of us tune out from “Love and Hip-Hop” and tune into the reality shows giving positive depictions of black people, LHH will eventually stop poisoning young, black minds with its displays of demeaning behavior.

The media does not care about us. News media is just as, if not more, damaging than our portrayals on VH1. With that said, there are a number of black news media outlets to turn to if you don’t feel like encountering the dog whistling nature of news reports every day. The Root, theGrio, News One, and Blavity are among reputable black news sources.

Whether you find yourself feeling undesirable, troubled by all of the ailments in our community, or just know there’s no way on this earth that someone isn’t sharing your frustrations and writing about them, don’t sleep on the restorative powers of poetry. Nayyirah Waheed, Alex Elle, Jasmine Mans and Zora Howard’s words have been making headway among souls of all races. If you find potential in the impact the principles of womanism can have on you, there are a number of books that have been published to further explore its ideas.

Fuckboys Don’t Have the Right to Fuck Up Your Perception

Many women have experienced some form of deception and mistreatment from men they have cared about. While this isn’t an experience unique to black women, my experiences, observations and readings have led me to believe that black women seeking black men do have a more difficult time finding one willing to meet their needs. And we encounter a seemingly endless influx of no-good men in the process. Coming to terms with the toxic mentality some black men hold towards black women is frustrating to say the least. But there are still a number of men that respect and cherish black women. What’s crucial is that you don’t attribute your singleness to an illusion of undesirability or unworthiness. Discover what you like most about yourself and work towards cultivating those qualities. Mantras of self-love will be fruitless if you don’t know exactly what you love about yourself.

If you have young black girls in your life, make sure they know how they should treat themselves and allow others to treat them. If you’ve seen a woman close to you set low standards for how she allows men to treat her, remind her of the age-old adage: no one can love you until you love yourself.

Womanism isn’t just about loving yourself, but wanting all of your sisters to love themselves as well.  Do unto a woman, as you would have her do unto you. I’ve heard far too many women devalue another woman because their looks don’t fit the sex appeal script. Shaming another woman’s existence on the basis of her looks, how she exercises her sexuality or wears her hair hampers our efforts to escape the context in which misogynoir has framed our life experiences.

The Compassionate Activism program allows for a professionally structured restoration. The program acknowledges that the mental and spiritual health of black women is being compromised by the toxicity of our society. It provides a ten week program confronting tribulations unique to black women and dedicates itself to helping us overcome the setbacks we face. From social media to conferences and panels, there are many (but not enough) like-minded individuals working to remind black women of our royalty and making sure we’ll spread the word to those that aren’t in the know. You don’t have to become woke alone.

In the words of The Roots, “something don’t feel right out here.” It’s imperative that the conversation about the well-being of black women continue. There are innumerable facets to misogynoir that go beyond a single article. But you can certainly start with the basics: investing in your well-being. Acknowledgement and resistance of any oppressive sources that may hinder your path to self-love is vital. But the work can’t end at self-actualization. When a societal flaw has been able to permeate your spirit, a movement becomes necessary. If mainstream media, social media, and music have all been used to fortify misogynoir, they can be used to reverse it.

We have the power to communicate what’s on our minds when something doesn’t feel right. And the materialization of misogynoir certainly hasn’t been sitting well. We’ve seen its multi-faceted manifestations. Now we have to weaken its hold. 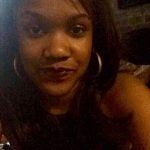 Zahara Hill is a graduating senior at Temple University where she will be receiving a B.A. in journalism. Through her writings, she intends to arouse the social conscience of millennials and has a heavy interest in issues affecting women of color. Her post-collegiate dream is to work at a women’s, lifestyle or news magazine and make a home for herself in Brooklyn.

Related Itemsblack menBlack WomenEmerging Feminismsfeaturedlove and hip hopMediamisogynoirWomen of color
← Previous Story Request for Representation (or Why I Said “No” to Nightline)
Next Story → Personal Is Political: The Negation, Negotiation and Alteration of the Brown Girl Body Unfair and Lovely