EMERGING FEMINISMS, What I Have Learned from the Women Who Have “Lost” – The Feminist Wire

Home / Activism / EMERGING FEMINISMS, What I Have Learned from the Women Who Have “Lost”

EMERGING FEMINISMS, What I Have Learned from the Women Who Have “Lost”

I will write these poems until I prove you wrong,

I will write these poems even if they’re a “waste of time,”

I will write these poems until the day I die,

because you know what the real waste of time is?

Adhering to expectations set by the patriarchs before us

who have never walked in our shoes,

seen what we have seen,

and lost what we have lost:

our freedom to think and speak for ourselves.

When I’m the only woman in the room,

I feel the weight of every woman in the world,

because I know that they will take my words as all women’s words,

my thoughts as the woman’s thoughts,

my actions as the woman’s actions.

I shouldn’t need to represent an entire sex,

because they see me,

as every other woman.

And yet I count myself lucky,

because I still have the privilege of being in that room.

I have seen and heard the horror stories of

of women whose bodies have been violated, mutilated, and abused

by men who feel that it’s their right to touch and break what isn’t theirs to possess,

and most of all,

of women who demanded change,

who perished when they tried to fight back.

My only solace is believing that they didn’t die in vain,

but for a vision of liberation that women around the world continue to keep alive.

Sometimes it may feel as if all of the pressure is on you,

but we are, all over the globe, supporting one another,

and lending hands to lessen the burden,

and one day that burden will vanish into free air.

The movement of women’s liberation is not over;

it continues to grow every day,

and we work together to avoid the tragedies that fill our hearts with agony,

and to nurture the rage that fuels our efforts.

for all of the women who struggled against violence and lost,

and for all of the women today and in the future

so that they will not have to feel the same anguish that we did,

and I hope that new feminist generations appreciate our efforts,

just as we appreciate the efforts of feminists before us.

I envision a time when women are able to move on

it should have existed long ago. 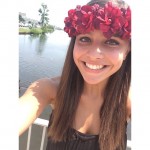 Taylor Bak is a student at High Technology High School in Lincroft, New Jersey. She is the founder and President of her high school’s STEMinist club, which promotes female interest in STEM and works to encourage elementary school aged girls to pursue scientific fields, in order to one day close the gender gap in science. Taylor’s school specializes in STEM, which is male-dominated, and STEMinist provides space for girls to discuss feminist issues, listen to accomplished female guest speakers from various STEM-related fields, learn more about women’s studies, and explore different areas of STEM through hands-on activities. Taylor hopes to learn more about feminism and gender studies in college. Taylor is the public relations officer for the Creative Arts Club at her school, and she won a Gold Key for a poetry collection in The Scholastic Art and Writing Contest.

Related ItemsActivismbody politicsCultureEducationFamilyfeaturedfeminismGenderHealthHistoryPatriarchyPoetryPoliticssexismviolence against womenwomenwomen's liberationWritingYouth
← Previous Story What has the “nation” got to do with it? A Case of Sedition
Next Story → EMERGING FEMINISMS, New Shoes: Cinderella after the Ball