Personal is Political: My Vagina (Part I) – The Feminist Wire

Home / Bodies / Personal is Political: My Vagina (Part I)

Personal is Political: My Vagina (Part I)

“I don’t trust anything that bleeds for five days and doesn’t die.”
—Mr. Garrison, South Park 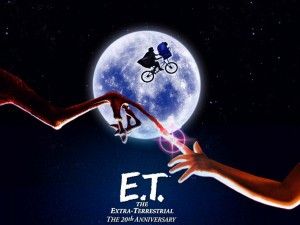 As a child, I had my first run-in with a penis while watching Steven Spielberg’s E.T. Elliot, protagonist and perpetual sass-bag, blurts out that his brother, in fact, has “penis-breath” (luckily it would be years before I discovered how one acquired such a thing) and scurries off to hang out with the suspiciously phallic titular terrestrial. That was a watershed moment in my life. From then on, I couldn’t help but notice the over-abundance of the male genitalia in pop culture: the twist ending of Sleepaway Camp (hint: she has a penis), my middle school obsession with “the penis game” – yes, the one wherein adolescents shout the word louder and louder until one of them doesn’t have the balls (you’re welcome) to take it any further – and the oversaturation of the latenight television market with erectile dysfunction cure-alls. Penises were everywhere.

In retrospect, I blame E.T. for my homosexuality. Were it not for that genderless brown lump, I would’ve never tuned in to the excess of the male physique that permeated my daily existence. E.T. had made me go gay. Personal grievances aside, my heightened awareness of the sexualized masculinity in pop culture made my complete ignorance of the female anatomy all the more prevalent. Whereas I had first heard the word “penis” when I was a tender six years old, I had no inkling of what a vagina truly was until much later. Though I had been expelled from my mother’s lady blossom in 1993, I didn’t fully comprehend what that meant until I was nearly 13, when I witnessed a brutal visual depiction in my health class and my media-addled mind knew only what popular culture told me, which was next to nothing (according to most films, women give birth by laying down and screaming for approximately five minutes). In fact, I hadn’t heard the word vagina broadcast on TV until I started watching HBO’s Girls, which hardly counts since the majority of HBO programming could easily be mistaken for softcore pornography. 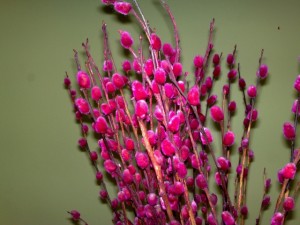 Something was wrong here. How could I, actual genius and pop culture aficionado, have missed the inclusion of the word vagina in broadcast circulation up until now, when I had uncovered the vast mystery of the penis from a 1982 alien invasion film – I can only enjoy a viewing of E.T. if I think of it this way – and I wondered: where had all of the vaginas been? Like an adult Dora the Explorer, I was on a mission to find this metaphorical dragon’s lair. The word vagina was my Cave of Wonders and I was Aladdin.

And so the hunt for vagina began.

1.  A Comprehensive Guide on What to Call Your Vagina if You’re Too Embarrassed to Say “Vagina”

“Moving from phonetics to etymology, ‘vagina’ originates from a word meaning sheath for a sword.”
—Inga Muscio, Cunt: A Declaration of Independence

Though I wish I had been clever enough to invent any of these myself (I am quite partial to snizz), the truth of the matter is that each term is one I’ve garnered from years of film, television, and magazines (and a lengthy Google search on “synonyms for vagina”). It resonates closely with something I had read in Caitlin Moran’s 2012 memoir How to Be a Woman:

I think I’d rather pretend I don’t have one at all than say ‘vagina’…If I injure myself and end up in a very formal hospital where they don’t know slang words and they ask, ‘Where is the pain?’ I think that, rather than say ‘In my vagina,’ I  would just reply ‘Guess!’ and then faint. I hate the word ‘vagina.’

To each their own, Ms. Moran. But this begets the question: why do we as a society loathe the word “vagina?” Perhaps it has something to do with etymology. With a Latin forebear that essentially means “penis receptacle,” it’s easy to see why women tend to favor colorful synonyms over basic terminology.

2. In Which I Look for Vaginas on the Big Screen

“After the blood come the boys like sniffing dogs, grinning and slobbering and trying to find out where that smell comes from.”
—Margaret White, Carrie 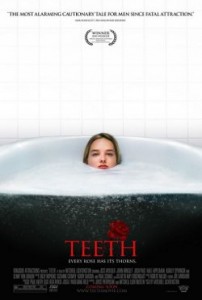 In 2007, a quaint little flick called Teeth was quietly released onto the film festival circuit. The movie introduces us to Dawn O’Keefe and cues us into her struggles with her blossoming sexuality, which is made all the more difficult by the teeth she has in her vagina. Yes, you read that right: Teeth. In. Vagina. Vagina Dentata, as it’s wont to be called. Google it. A feminist coming of age story-cum-horror picture-cum-cautionary tale for men, Teeth opened to fantastic reviews and secured a premiere at the Sundance Film Festival. Teeth, brazen in its message and frequent use of the word “vagina,” earned a modest 2 million in limited showings, but was never given a wide release and was instead pushed directly to video, likely deemed unfit for a major theatrical run. Interesting how a film, literally about the power of a woman’s vagina, was relegated to the direct-to-video cesspool. It also likely had something to do with the fact that the film showcased myriad severed penises, but let’s stay hushed about that. On movie aggregate site Rotten Tomatoes, the film has a 79% critical approval rating, but a paltry 45% user approval score. Perhaps the film was just too bold in the telling of its vision; maybe a flick expressing the true power of female sexuality, a power not represented in your average pop culture “bombshell,” was too jarring for the public in 2007. Though it’s offered as free streaming on both Netflix and Amazon, it was only $5 online so I picked it up: my little way of sending a message. 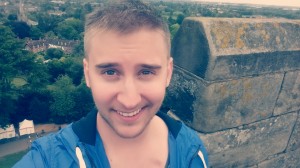 Nathan Schaaf is currently pursuing his Bachelor’s degree at the University of Nebraska – Omaha. He has a previous publication in Citizens for Decent Literature and two forthcoming essays in the Eunoia Review, while vaguely maintaining a blog. In his spare time, he enjoys cheap wine and scary movies.

Related ItemsBodiesbodygenitaliaLanguagepenisPop Culturepower of female sexualitysoftcore pornographyvagina
← Previous Story Op-Ed: Feminism and the PIC: Why “Add-Incarceration-and-Stir” Doesn’t Cut It
Next Story → Dear White Gay Men: A Letter from Two of You