Dear White Gay Men: A Letter from Two of You – The Feminist Wire

Home / Bodies / Dear White Gay Men: A Letter from Two of You

Dear White Gay Men: A Letter from Two of You

Cut the crap. Before you clench your teeth (or your pearls) and run to your Facebook wall to exclaim that we’re self-hating, listen to us please! One of us is white and the other Latino. Both of us have white privilege, albeit through complicated lenses, and we are well aware of this privilege. So listen to us, because even after so many letters from people of color explaining to you how oppressive, insulting, and ignorant you might be, there still seems to be something in your mind that is telling you you’re right and they’re wrong. As two gay men who look like you and share a similar enough world experience with you: stop it. As gay men with white privilege, we want to explain to you how oppressive and embarrassing you are. And this could apply to any of you that are non-heterosexual white men, so listen up. 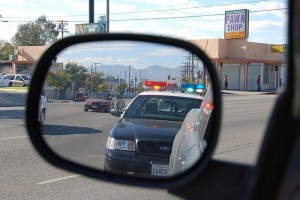 You are not a strong black woman. You aren’t entitled to another person’s identity with a history of oppression just because you’re Gay. While there is no hierarchy of oppressions (thank you, Audre Lorde), we also know there is difference. That difference doesn’t rank our oppressions; this is not the Oppression Olympics. What it does do, though, is help us keep all of our invisible privileges in check. When a gay man who looks white walks down the street, we are not more likely to be stopped by police, to be accused of a crime, to have white people walk over to the other side of the street, or to be followed when we enter a store. If we communicate our gay identity, there are many places where we are at risk for violence, but a) the system, in most places, will support us, and b) this is less pervasive than the systemic racism in our society. The system itself is institutionally racist, and we cannot ever share in that experience. Are institutions heteronormative? Sure. But there’s a difference between that and a police officer being more likely to pull us over and assault us because of our skin color.

And racism isn’t exclusively a heterosexual phenomenon. You don’t get a race card for being gay. Having oppressed identities doesn’t absolve you of ever being oppressive, even when, frankly, you are. See, that’s the thing: we are all oppressed in certain ways, and we all occupy the position of the oppressor in other ways. But in some attempt to reconcile this contradiction, we want to believe that victimhood gives us carte blanche, that we are automatically on the more inclusive, aware, and equitable side of the curve. And arguably, this is the most dangerous position to occupy.

Let us be really clear about this. Our white skin crawls from the embarrassment you bring to our identity, and here’s what you can do about it: 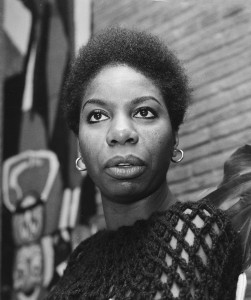 Stop thinking you’re a strong black woman. Maybe you’ve co-opted what you perceive to be racially encoded black language to be funny. Perhaps you even feel like there’s just a diva, an Aretha / Nina / some modern archetype inside you “dying to get out.” Well, there’s not. Do you have the right to be sassy? Sure. Do you have the right to switch into diva mode? Absolutely. Do you get to racialize it in the process? No. Imagine the tables are turned. Imagine someone straight who occasionally has a limp wrist or likes to sashay about once in a while. Can they do that? Sure, in fact we hope they do. Do they get to call themselves a gay person inside a straight person? No, because they haven’t lived your life. They haven’t lived our lives. And it becomes something different when you attach your behavior to an identity.

Stop feeling personally attacked when a person of color tells you to stop. Again, your actions become different when you attach them to identity. And if someone who has that identity tells you it’s not okay, who are you to protest? Do you perhaps think that you might have some unchecked privilege? When a co-worker at the office posts a picture of her husband without thinking twice, but you feel less comfortable doing so, do you think they realize that? No, of course not, they aren’t living your life. So they should listen. And so should you.

Stop feeling the need to add your voice. That’s right, believe it or not the world can operate without having your opinion heard every ten seconds. Take time to listen to what others have to say. Learn about their feelings, experiences, and emotions. Active listening requires taking time to digest the information they’re sharing with you. Stop thinking of how it relates to your life or what you’re going to say next. Just hit the pause button and let it set in. This is how we gain perspective. This is how we engage in dialogue. 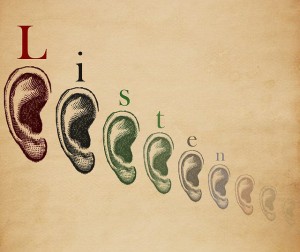 Stop acting like you are using your white privilege for good. We are sorry to break it to you, but what is more likely is that your privilege means you’re oppressing someone and it’s causing myopia. You can’t just use your white male privilege as a gay man to lift up other oppressed people. The best thing you can do with your privilege is to check it, to investigate it, to see it, and then to share it with others. The power of your privilege is that you can more easily turn to another white person and say “hey, that’s not okay” than a person of color can.

And while we’re here, stop eroticizing black bodies. They’re not sexual toys for you to play with and then stuff away when you return home. Drop the chocolate-seeking profile tags. Their sole purpose in life isn’t to please you with their “ethnic” bodies. In fact, all such a dichotomy does is normalize your own white body as the standard and their non-white bodies as the other. It doesn’t matter if you’re receiving or giving; just meet people and take it from there. Can you prefer some people over others? Sure, but what you don’t realize is the way that your fetishizing of black bodies, of black women figuratively inside you or black men actually inside you, is reinforcing your privilege because it’s not taking that person seriously. How often do you see a profile seeking pale white people only? Or Euro-Caucasians only? What would you think about a person with such a profile? 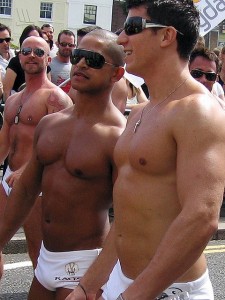 Welcome to what it feels like to be told you can’t have something because of the color of your skin. This is something that doesn’t happen to you much because of your privilege, and that’s okay. You aren’t to blame for your privilege, and no one is telling you you’re wrong or you’re less than because you’re white, male, and gay. What is wrong, and what you are to blame for, is not seeing the way that privilege gives you more freedom of movement in this world, more social capital. And because this is about identity, it matters that even just one person sees your act as reinforcing oppression and therefore not okay. You might personally know one, two, or ten people who are not white who say it is okay with them. But remember that it is not okay to someone. You don’t get legitimacy for reinforcing oppression through anecdotal interviews.

Conversations about race in the LGBTQ community are happening daily and, more often than not, you’re not in the room. People who don’t look like you feel race at every single turn. Every time they wake up, leave the house, enter a space, or need to assess any social situation, race is there. It’s okay that it’s not always been there for you, our society was designed that way. But perhaps now is a good time to realize that there are just some things you don’t know, can’t claim, and won’t understand. 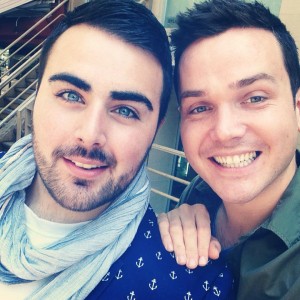 Christian Fuscarino is a Brooklyn-based digital strategist and founder of the national leadership organization, The Pride Network.

Guido Alexander Sanchez is an educator, writer, and activist in NYC.