Op-Ed: Feminism and the PIC: Why “Add-Incarceration-and-Stir” Doesn’t Cut It – The Feminist Wire

Home / Activism / Op-Ed: Feminism and the PIC: Why “Add-Incarceration-and-Stir” Doesn’t Cut It

Op-Ed: Feminism and the PIC: Why “Add-Incarceration-and-Stir” Doesn’t Cut It

By Jeanne Flavin and Laura Huss

Many mainstream feminist and prochoice groups have been reluctant to adopt intersectional approaches and to declare common cause with other progressive movements. Yet the advent of mass incarceration and the prison industrial complex (PIC) makes clear that securing women’s reproductive health and rights requires our full-on and intersectional engagement. We must reject an “add prisons and stir” approach to advocacy in favor of making dismantling mass incarceration and other systems of institutional discrimination central to our efforts. And there is no better time than the present: if the War on Drugs and the 600% increase in incarceration of women between 1980 and 2000 wasn’t enough to propel feminist organizations into action, perhaps the introduction of laws that allow the incarceration of women because they are pregnant will. 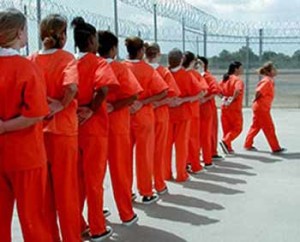 On July 1, 2014 Tennessee law SB 1391 went into effect, making it possible to punish pregnant women and new mothers for the crime of fetal assault if a newborn experiences an “injury” that can be ascribed to something other than a woman’s “lawful acts” or “lawful omissions.” The law has a special focus on pregnant women who use illegal narcotics. This law, passed in the guise of promoting drug treatment, renders Tennessee the first state in the country to legislatively pass such a law. One week after the law went into effect, police made their first arrest.

Since the 1970s, feminist activists and scholars have called attention to the ways in which the U.S. criminal justice system has harmed women. In the 1990s, for example, feminists and others sounded the alarm about the dramatic increase in the number of women arrested, prosecuted, and incarcerated and called attention to the impact of parental incarceration on children. More recently, shackling incarcerated pregnant women and sterilization abuse in California prisons rightly have been the focus of growing public outrage and cessation campaigns. The popular Netflix series “Orange is the New Black” has helped to call public attention to disturbing features of prisons, such as correctional officer misconduct and discrimination against transgender persons. For the most part, however, feminist groups have not played a major role in opposing the War on Drugs, nor have they (or pro-choice organizations) focused on pregnant women as targets of mass incarceration. 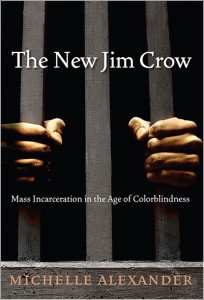 The quest to secure social, civil, and human rights for pregnant and parenting persons demands that our concerns extend beyond shackling and the impact of maternal incarceration. It certainly demands more of us than watching “Orange is the New Black.” Now more than ever, we need to recognize that the fight for reproductive justice and human rights more broadly is inextricably linked to the need to end mass incarceration in all its forms and manifestations. Michelle Alexander, author of The New Jim Crow, explains that contemporary mass incarceration is a form of racialized social control using the processes of criminalization to create “a lower caste of individuals who are permanently barred by law and custom from mainstream society.” The United States’s obscenely and comparatively heavy reliance on prisons to punish people is but one feature of mass incarceration. The massive system locks up millions of adults and hundreds of thousands of youth; millions more are under court supervision. Its reach also extends to other official systems of social control, like child protective services, immigration, and public schools that increasingly rely on surveillance, criminalization, and punishment.

Even before the Tennessee law was passed, women in 44 states (including Tennessee) were arrested and locked up based on the claim that being pregnant and using a criminalized drug should be treated as a unique crime. A 2013 study by National Advocates for Pregnant Women’s (NAPW) Lynn Paltrow and Jeanne Flavin identified 413 cases of arrests, detentions, and forced medical interventions of pregnant women from 1973 to 2005. Women who are poor and African American are especially vulnerable to these deprivations of liberty. (See link to TFW’s profile of NAPW here.)

We can also look to Alabama where, as the result of judicial activism, it is now a crime for a person who becomes pregnant to use any controlled substance, even those prescribed to her. In 2006, Alabama enacted the “Chemical Endangerment of a Child” statute. This law criminalizes the act of bringing children into an environment where drugs are manufactured or distributed (e.g., methamphetamine labs). Prosecutors and other law enforcement officials, however, quickly applied this law to pregnant women and new mothers who allegedly used a drug during pregnancy.

Consider Amanda Kimbrough, who lived in northwestern Alabama with her family, including two young daughters. In April 2008, Kimbrough experienced a stillbirth; she also admitted using methamphetamines once during her pregnancy. In response, the state removed her daughters from her custody, forced her into parenting classes and drug treatment, arrested her, set bail at $250,000, and charged her with Class A felony chemical endangerment of a child, which carries a possible sentence of life in prison. Following the advice of her attorney, Kimbrough pled guilty in exchange for a sentence of 10 years incarceration (and preserved her right to appeal on constitutional grounds).

The decision in Ms. Kimbrough’s case was challenged in conjunction with a similar ruling against another Alabama woman, Hope Ankrom. These cases landed in the Alabama Supreme Court, where misapplication of the law as a result of expansion of the word “child” to include fertilized eggs, embryos, and fetuses was affirmed, and the law judicially rewritten to apply to any woman who uses a controlled substance during any point in pregnancy. This 2013 ruling was affirmed in 2014 when the court ruled in the case of Sara Hicks, whose son had tested positive for cocaine and was born healthy. In Hicks, as with other cases, prosecutors claimed that drug use during pregnancy contributes to negative birth outcomes and deserves criminalization – a media-created myth that is not based in science and that leading medical organizations and experts have denounced. The chief justice in Hicks wrote a concurring opinion relying on biblical law as the basis for recognizing “personhood” of the unborn and overturning Roe v Wade. 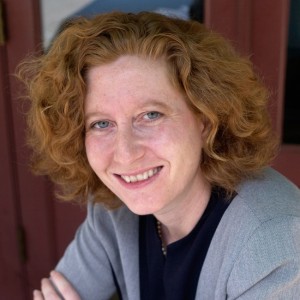 NAPW’s Lynn Paltrow reminds us that the criminal justice system we have now differs radically from that which existed at the time of Roe. Since 1973, we have seen the creation of a prison industrial complex (PIC) that features staggering rates of incarceration, the collusion of government and for-profit prison industry, and responses to crime defined by political and economic interests rather than social needs or empirical evidence. Prison abolitionists like Angela Davis have long pointed out that the system disproportionately impacts people of color; indeed, the U.S. system of law is steeped in the legacy of slavery and Jim Crow.

Since Alabama’s chemical endangerment of a child statute was enacted in 2006, NAPW has documented over 110 cases of Alabama women who have been arrested and charged – some sentenced to incarceration in facilities like Julia Tutwiler Prison for Women that are under federal watch for persistent, ongoing, and well-known human rights violations, including “unabated staff-on-prisoner sexual abuse and harassment” that has included rape and pregnancies.

This zeal to criminalize pregnant women is less surprising when we consider the numerous entities with a vested financial interest in maintaining mass incarceration. Tennessee, ground zero for new legislation to punish pregnant women, is also home to the corporate headquarters of Correctional Corporation of America (CCA), the largest private prison company in the country and operator of three of Tennessee’s 14 prisons. In her essay, Deborah Peterson Small, founder and executive director of Break the Chains, documents the political influence CCA brandishes in Tennessee. Governor Haslam, who signed the pregnancy criminalization bill into law, was among the top four recipients of campaign contributions from CCA. Haslam found nearly $31 million to keep a CCA prison open even as he made deep cuts to TennCare and higher education. (Haslam’s Democratic predecessor had sought to close this prison down.)

To fail to recognize the power wielded by our criminal justice system is to be part of the problem. Supporters of the Tennessee law claim that it would “only” come with a misdemeanor charge and sentences would be deferred if drug treatment through the drug court system was sought and completed. The misdemeanor claim is patently false. Besides, criminalization in any form – misdemeanor, felony, violation, or state mandated drug treatment – contributes to our system of mass incarceration. We should challenge any approach that relies on the court system (in this case, the drug courts) to administer health care. (It bears noting that Tennessee refused to expand Medicaid under the Affordable Care Act. The law also precludes women from getting methadone and other medication assisted treatments that are ongoing; such treatment does not satisfy the requirement that a mother successfully complete a program.)

As NAPW’s research findings and legal developments in Alabama and Tennessee and elsewhere make clear, attacks on reproductive rights and health do not happen in a vacuum; they take place in a country where mass incarceration is pervasive, entrenched, and taken for granted. Pregnant women face the specter not only of back alleys, but also holding cells, jails, and prisons where they will be incarcerated whether they have an abortion or – as Amanda Kimbrough did –birth a healthy baby.

Feminist scholars and activists along with many others are starting to grasp the dimensions and impacts of mass incarceration, especially their racialized aspects. However, contenting ourselves with “awareness” falls well short of achieving needed social change. We must similarly resist the temptation to “add prison and stir” to our existing advocacy efforts. Ending the criminalization of pregnant and parenting women challenges feminist and pro-choice organizations to declare common cause with other progressive movements that share a resolve to dismantle mass incarceration and the War on Drugs. Even the most popular television series is no substitute for the power of deep and widespread public education, movement building, and collective action.

Acknowledgement:  The authors would like to thank Lynn Paltrow for her thoughtful input on an earlier draft of this essay. 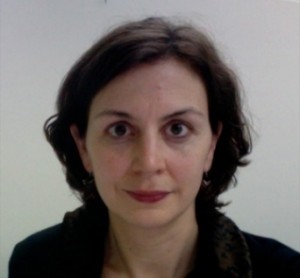 Jeanne Flavin is a professor of sociology at Fordham University, the author of the award-winning book Our Bodies, Our Crimes (NYU 2009), and president of NAPW’s board of directors. 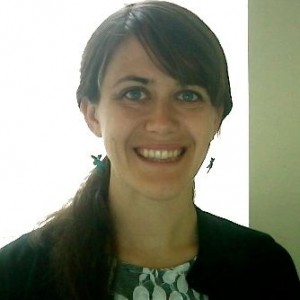 Laura Huss, NAPW research and program associate, works extensively to challenge the media misinformation and unconstitutional treatment that are features of the war on drugs.  She earned an MPhil in Development Studies from University of Cape Town with a focus in social movements.