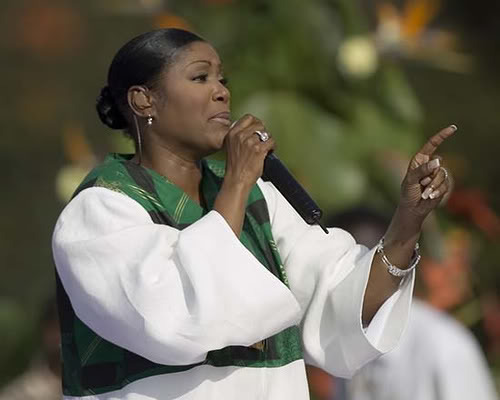 One Sunday during my childhood, a woman in my church approached me with a “gift.”

“God has led me to give this to you,” she said. “You are a gift to us, and I pray that this will remind you to save yourself.” She pressed the “gift” into my hand, wrapped my fingers around it and walked away. When I opened my hand, I found a silver ring that read, “True Love Waits.”

I wasn’t familiar with what “True Love Waits” meant. When I went home and looked it up, I learned that if I wore this ring, I was committing to being abstinent until marriage. There were many things wrong with this scenario, not the least of which was that although the woman might have known my face, she didn’t know my name. I was not a person; I was a project. And I was connected to a wider project in my church. This “gift” arrived in a context where the boys and the girls would attend separate youth groups. Over time, I’ve made some informed assumptions about what the boys were – and were not – being taught, but in our group, the focus was always on sex. The message was always the same: don’t do it.

One of my biggest problems with religious sexual socialization is that is begins too soon. I find it disturbing that grown men and women were talking to pre-pubescent girls about feelings that we weren’t even feeling and experiences we weren’t having. As a result, by the time I began to feel my body talking to me I had no trust in her. My body had been silenced before she had a chance to speak for herself and demonized before she had even begun to develop. I’d been taught that my sexual emotions and impulses were antithetical to the walk I was trying to take with God, and that following them would lead me down a path that was laden with sin and consequential strife. My desire was profaned before it had even come into fruition.

The ring came to me in this context. So, I didn’t think much of it. And, certainly, if God was “leading” this woman, an older and visible leader in our church, to give this to me, then this was what God wanted me to do, right?

Bynum comes from a long line of Black preachers who have felt “led” to shame Black women and our bodies. The Black Church has been pushing patriarchal tropes and calling them “prophecy” since the dawn of its creation. However, I was more disturbed by the commentary from Bynum’s followers and viewers. Particularly, expressions about “receiving this teaching,” “receiving this correction,” and “receiving this word,” drew my attention to how quickly and how seemingly uncritically many Black women “receive” their own oppression in the Black Church. Clearly, the act of “receiving” is grounded in a genuine desire for spiritual guidance and for greater intimacy with the God, whom Black women profess to love. But, when the act of “receiving” necessitates the giving away of a Black woman’s agency to self-govern, self-define and self-love, the politics of receiving render her a tool in her own oppression, whether she knows it or not.

Perhaps the most intimate power of the symbolism of the ring was in its ability to cause me to distrust my own body. Naturally, my muted impulse was to “cover” that which could not be trusted and to hide it so that no one else would struggle with whether or not I had a trustworthy body. This was also quite confusing because we were simultaneously taught that our bodies were “temples,” too “holy” to be desecrated by sex and longing. What is a young girl to do with a chasm as wide as a “temple” that can’t be “trusted?” I struggled with this until I came into the clear understanding that my body is in fact the primary site of my discernment. More than any pastor or preacher, my body has taught me who, what and where to approach and to avoid. And when the Spirit manifests in urges, inklings, signs and indications, my intuition is bodily.

In my late twenties, I began to wrestle with the question: if my body is good for discernment, why can’t my body also be good for desire? Bodies talk, and mine is insistent and quite clear about what she needs to wholly flourish and to lead me into joy unspeakable. Regardless of who or what “leads” the Bynums of the world to “preach me into my place,” my body helps me discern theological traps from miles away. Indeed, my body knows how to receive words, correction and counsel. But, my body also knows how to reject and refuse. And when my body rejects and refuses, she has a loud and powerful way of simply getting up and walking out.

The sad fact of the matter is that such preachers are simply not equipped with their own self-love (or theological education) to teach Black women how to trust in our own bodies as sites of beautiful, sacred, holy mediation. Bynum’s ideas, and the proliferation of misogynist and white supremacist theologies in blackface, have pushed Black women into valleys, surrounded by dead and dry bones: dead desires, dead relationships, dead impulses, dead hearts. In receiving such teachings, we have received death; figurative enough for us to still be walking, but real enough for many of us to be zombies masquerading as good church girls.

As a Black woman who preaches, I believe that it is my sacred duty to introduce Black women to a God who deeply loves us. I wouldn’t trade my years of theological toil, spiritual wrestling, and walking with limps for the honor of proclaiming a God who is unquestioningly for us, and who constantly calls us into life, where abundance necessarily involves other bodies. But, the truth of this homiletical and ethical commitment is that I could have never articulated it, much less lived into it, without loving myself first. With this kind of love, I don’t need to deploy my “power” just to get off and I don’t need to stand on the head of another Black woman to feel powerful. Bynum, a Black woman, addressed her entire rant to legions of Black women. What an abuse of power and desire in an hour and nine minutes.

I don’t believe that the Black Church-proper is a suitable primary site for the revolutionary act of Black women loving ourselves. And so rather than forsaking it, the church-proper has become secondary in my life. I’ve had to reconstruct my vision and my ideas of what “Black Church” is and what it means to me. And, so, to my sisters, friends, colleagues, family, and other informal congregations, who’ve gone “there” with me over glasses of wine and long, tedious, theological and hoeish conversations, who know my dirt and how, on many days, it gets swept up just enough for me to do my job…

You know who you are.

You have received me.

You are my Church. 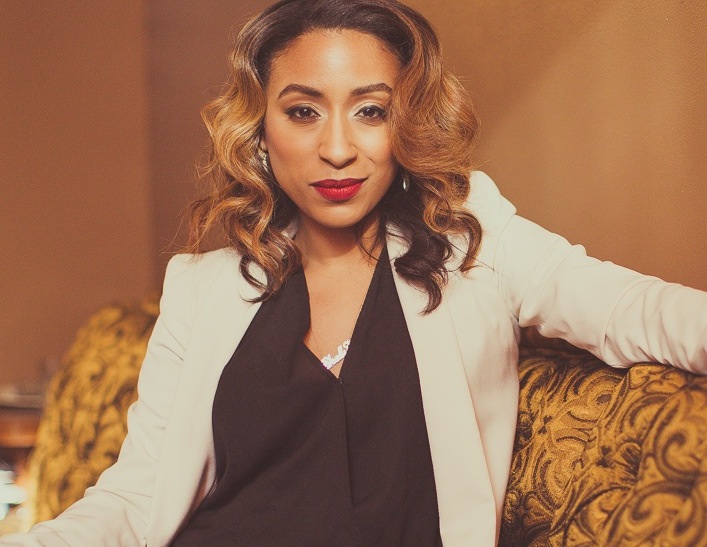 Rev. Neichelle R. Guidry is a spiritual daughter of New Creation Christian Fellowship of San Antonio, Texas, where the Bishop David Michael Copeland and the Rev. Dr. Claudette Anderson Copeland are her pastors and where she was ordained to ministry in 2010. She is a graduate of Clark Atlanta University (2007, BA, Lambda Pi Eta) and Yale Divinity School (2010, M.Div.), where she was the 2010 recipient of the Walcott Prize for Clear and Effective Public and Pulpit Speaking. Currently, she serves as the Liaison to Worship and Arts Ministries in the Office of the Senior Pastor at Trinity United Church of Christ on the South side of Chicago, where the Rev. Dr. Otis Moss, III is the Senior Pastor. She is the creator of shepreaches, a virtual community and professional development organization that aspires to uplift African-American millennial women in ministry through theological reflection, fellowship, and liturgical curation. She is also a Doctor of Philosophy candidate in Liturgical Studies (Homiletics) at Garrett-Evangelical Theological Seminary in Evanston, Illinois. She was listed as one of “12 New Faces of Black Leadership” in TIME Magazine (January 2015). She was recognized for “quickly becoming one of her generation’s most powerful female faith leaders” on Ebony Magazine’s 2015 Power 100 list (December 2015). She and the work of shepreaches were also featured in the New York Times (April 3, 2015). She is a contributor to What Would Jesus Ask?:Christian Leaders Reflect on His Questions of Faith (Time Books, 2015), and the author of Curating a World: Words from a Young Woman Who Preaches (MMGI Books, June 2016). In 2013, “Rev. N” was invited to preach the opening worship service of the United Church of Christ’s biennial General Synod. Concurrently, she became one of twenty-two contributors to Those Sisters Can Preach!: 22 Pearls of Wisdom, Virtue and Hope (Pilgrim Press, 2013), a compilation of sermons written by members of Delta Sigma Theta Sorority, Incorporated, in honor of the Sorority’s Centennial Anniversary. Bishop Vashti Murphy McKenzie, the Sorority’s National Chaplain, edited the volume. The EnVest Foundation recognized her as a “Top 40 Under 40” Award Recipient in 2013. She is also a 2013 Beatitudes Society Fellow, and a Fellow of the Inaugural Black Theology and Leadership Institute at Princeton Theological Seminary.