Personal is Political: To My BlackTransSistas: A letter of Healing, Reconciliation, and Love – The Feminist Wire

Home / Black Women / Personal is Political: To My BlackTransSistas: A letter of Healing, Reconciliation, and Love

Personal is Political: To My BlackTransSistas: A letter of Healing, Reconciliation, and Love 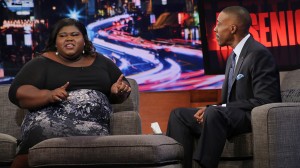 Not too long ago in #BlackTwitter land, my timeline was in a frenzy. As I twiddled my thumbs up and down my feed, I knew somebody had messed up. Lo and behold, it was one of my favorite actresses, Gabourey “Gabby” Sidibe. In less than a New York minute, the American Horror Story: Coven star used the transphobic slur, tranny, five times while on the Arsenio Hall Show. Immediately, I was frozen stiff. My lips began to quiver out of fear that they too might relapse.

In Gabby, I saw myself.

At what point did I get it all so wrong? Looking back, I am not ashamed to say that the vast majority of my mis-education came from living in a small closed-minded town. It did a number on me. People, places and things that were deemed abnormal were swiftly swept under a rug and prayed for. At age 8, my first introduction to trans-anything lasted only 109 minutes as I sat in front of our big-back TV watching To Wong Foo. Heterosexual men portraying transwomen isn’t necessarily the greatest teaching tool. Nevertheless, for many years, TV and the images emitting through the screen were my only outlets to a world outside of my own. Needless to say, after watching the film, I was confused and had many burning questions that long went unanswered.

I admit it. I was lost.  I couldn’t put my finger on it, but I didn’t know how to hate what I didn’t understand.

It wasn’t until college that I got my first real teachable moment. Like many college students, I was on my journey towards self-discovery when I enrolled in my first Gender and Women’s Studies (GWS) course. At the turn of each page and with each discussion, former labels of people and things that I didn’t understand fell by the wayside. My vocabulary  soon flourished as I internalized terms like social justice, feminism, and intersectionality, just to name a few.

GWS courses provided more than an education; they transformed my mind, body and soul.  I learned important terminology that helped me find the correct words to communicate with individuals that live in a world that continuously attempts to label, dissect and distort their existence because of their “presumed differences.”

Who am I to judge Sidibe? If it were not for my first teachable moment, I would have committed the very same transgression years ago. It is my belief that Gabby herself is not transphobic. Neither was I.  I just couldn’t express things I didn’t know much about. We must embrace and teach her. Gabby gave us a teachable moment, and we must all learn from it. 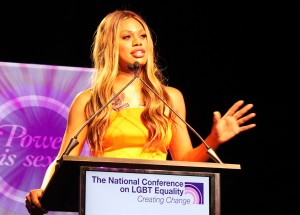 Days after Gabby’s appearance on Arsenio Hall, Twitter and major headlines moved on and let Gabby get back to being Gabby; however, I was immovable. I felt guilty. Yes, I had learned to be politically correct, but wasn’t there more I should be doing? Then suddenly, as if the stars had aligned, Laverne Cox gave a compelling and groundbreaking speech that I had waited years to hear. At the National Gay and Lesbian Task Force’s Creating Change Conference this year, Cox declared, “Loving transpeople is a revolutionary act.” This one-liner is enough to set a movement. However, as I clung to every word, what resonated most was when she shared her background story as she expressed utter amazement at her warm welcoming. Cox’s decision to remind her audience that she was a black transwoman on a national platform, raised by a single mother in the south, but still not “used to” feeling the love had me almost in tears. Here we have another black woman breaking barriers, creating a pathway in spite of the plight she endured, yet she still wasn’t “used to the love.” Sound vaguely familiar?

Then it came to me, once and for all. And in my mind, I knew Gabby and other black women would agree.

There are no degrees of separation between black heterosexual women and black transwomen.

The struggles of black heterosexual women are interlocked with those of black transwomen. The intersections of race and gender bind us. Why not fight against oppression that attempts to destroy us, together? Black women haven’t felt the love or been given their just due. The least we can do is love one another. As black women, our cries often fall upon deaf ears, our outstretched arms are often left without embrace. Soon after our blood spills on the streets at the hands of hatred and evil, it is cleaned and quickly forgotten.

We can do better, together. 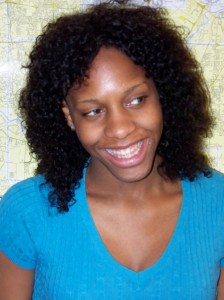 We must come together when patriarchy attempts to defy and cast us to the lower rungs of society. When Piers Morgan uses his national stage in an attempt to humiliate Janet Mock, we should be marching in unison, as we demand justice for the next CeCe McDonald. When we understand that an act of violence against black transwomen is an act of violence against all black women, we can start a revolution worth dying for.

This letter doesn’t have all the answers. It’s filled with pleas for reconciliation for those of us like Gabby and me.

True Sistahood is about understanding, appreciating and loving one another. Laverne and Gabby taught me that. I applaud my black sistas for their impeccable strength as they fight to stand upright in a crooked room, knowing their place in the world, even when it tries to distort their images. Their existence.

It’s so clear to me now.

I am not your part-time ally, only serving when acts against you are so egregious it’s too damn hard to ignore. I am your sister, and you are mine, and we are going to demand more revolutionary acts of love and respect for ALL black women—together. 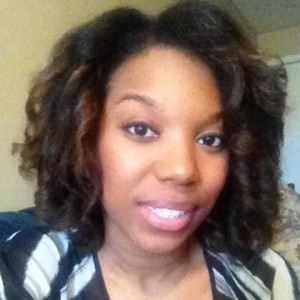 At heart, Kristen is an activist that believes in the power of community in the pursuit of all things that are committed towards a more socially just world. Follow her on twitter @k_Chanel_.