An Open Letter to Our Sister, CeCe McDonald – The Feminist Wire

Home / Activism / An Open Letter to Our Sister, CeCe McDonald

An Open Letter to Our Sister, CeCe McDonald

By Brothers Writing to Live 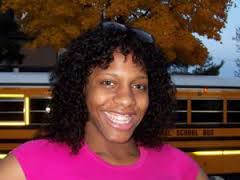 This letter to you, sister, is past due. We are late to the struggle. And for that we are sorry.

But like so many other moments of solidarity–especially those that come after crises have already ripped apart the lives of would-be comrades–we now show up as allies in your struggle against a system that abhors you as much as it does each of us and so many other black and brown cis, trans, straight, and LGB people.

We write to let you know, first and foremost, we love you and we value your life. Your life is a crossing–an intersection where your youthful black trans female body endures the sting of others’ hatred and rejection…a four-way corner where the state moves about suspiciously looking for a reason to police black bodies, evidencing its failure to make due on its promise to protect and serve those whose lives exceed the bounds of its racist and transphobic gaze.

CeCe, we are late, but we are here now standing with you armed with the willingness to fight during a moment when the nation has been attempting to reckon with its character fifty years after the March on Washington. The workers, writers, lovers, and dreamers who came before us are partially why we are here today, but we must also accept that we are working to build a world where it is safe for women, all women, to walk outside without fear of harassment because we have never made that a substantial part of our American dream. Indeed, the dream has often been a nightmare in the lives of black women. We need new dreams that include your face, your voice. And we need the end of nightmares like the one you are presently enduring behind the confines of rigid metal bars that are still too weak to limit your dignity and freedom.

We dream a new world with you. And we want to create a new world beside you. What are your dreams, CeCe?

We are working on building a world where trans women are respected and valued and not imagined as sex objects, abnormal, sinful, wrong, and anything else other than human gifts. You are a gift. Please remember that when correction officers refer to you as “he” instead of “she” and when the state will tell the story of a heartless murder as opposed to the truth of self-defense on the part of a victim seeking to protect herself.

Indeed, we understand that you had to fight to save your life. We understand that you were punished for defending your life and now you sit behind bars for refusing to be destroyed. We have to ask ourselves, what would have happened had Trayvon Martin been able to save his life? What would Hadiya Pendleton’s life been like if she was able to save herself? In what state would America be if she failed to fight to protect her borders?

What if Islan Nettles had survived her brutal assault? What kind of world would she be waking up in? Today? Tomorrow? Next week? What about the lives of The Jersey 4? Women who protect themselves against men are often criminalized. Your story is one that women of color, queer, trans, and straight, have to experience too often. And we refuse to allow others’ dreams to become your nightmare. When we fight to save our own lives, we say to a system that has continuously tried to keep us in our place, “More room! I need more room to breathe, to develop. I need freedom from a suffocating system obsessed with death and destruction.” And today, we proclaim your need to breathe, to develop, to live.

We end by summoning the spirit of brother James Baldwin who, in November 1970, wrote a letter of love to another black woman freedom fighter, Angela Y. Davis, when she was similarly imprisoned by the state. He wrote, “…we must fight for your life as though it were our own—which it is—and render impassable with our bodies the corridor to the gas chamber. For, if they take you in the morning, they will be coming for us that night.”

Sister, our apology needs to be met with action. This is our first step, and we ask you and your allies to hold us accountable to our promise. But until such time that we write again, please know that we support and love you.

What do you need us to do to help?

In solidarity,
Brothers Writing to Live 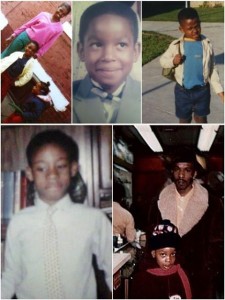 Brothers Writing to Live is a group of black cis and trans-men who hail from spaces across the United States. We come from myriad neighborhoods, diverse familial backgrounds, and different life worlds. We are different, indeed. And yet, in so many ways we are the same. We are black male identified writers whose notions of blackness, manhood, and writing are as assorted as our multifaceted lives. Whether we have come from the red clay roads of Mississippi or the cement paved streets of New York City, through our writings we have mapped out similarities regarding the ways that racism, gender restrictions, capitalism, heteropatriarchy, ableism, economic disenfranchisement, heteronormativity, criminal (in)justice systems, and so much else has shaped the men that we have become and yet to be. This campaign has united the following black male writers: