Dear Facebook Friend: A Primer on Racism – The Feminist Wire

In response to your racist memes and our ensuing discussion.

You believe that race “doesn’t matter in today’s day,” that you treat all people as human, and that you do not see race.  In your heart you are color blind.

But racism does not live in hearts.  Racism is not about your intention to be a good person.

Other commentators have explained how race matters structurally, particularly in the justice system and in racial profiling.

But racism is, among other things, cultural.  There are a number of cultural ideologies (let us call them cultural “truths”) that perpetuate racism.

This is easy to understand in the following cartoon from Harper’s Weekly published in 1866: 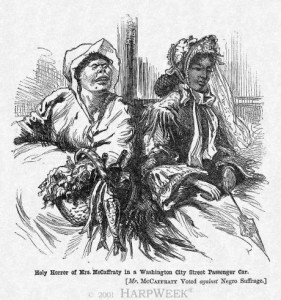 When I use this image in my Women’s Studies classes, many of my students see two black women.  Their belief that the ‘objectionable’ woman on the left is black is informed by the cultural “truth” that black women are unbeautiful, beastly, simian.

But, the woman on the left is not black. In 1866, viewers would have immediately recognized that woman as Irish.  The cartoon played on several “truths” from the early 19th Century: that Irish people were uncivilized, drunkards, and above all, not quite white.

It is easy to see the ways in which racist and xenophobic cultural “truths” are at work in this cartoon because they seem outdated —indeed impossible.  So impossible that students cannot even “see” the cartoon as it was intended.

Facebook Friend, you have taken exception to this photograph of Trayvon Martin: 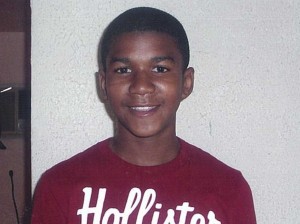 You’ve objected to this photograph on the basis that it presents Martin as a “cherubic” child when he was instead “over 6 feet tall, capable of beating the shit out of a man and only a child in the eyes of the law.”

Your claim plays on a number of racist cultural “truths.”  First, you’ve drawn a stark opposition between innocence and black teenaged boys who are six feet tall.  One cannot be both things at the same time, you say.

For you, Trayvon Martin was not a child.

Black communities and black parents have struggled against the cultural “truth” that black children are never innocent children.  As a historian of black girlhood, I’ve seen these arguments made time and again by white perpetrators of violence.  Black girls could be raped by white men because they were not children—they were already sexually developed jezebels.  For example, in 1895, a representative of Kentucky argued against age of consent laws because black girls tempted white men with their already developed, sexual bodies. He believed black girls could not be raped and said,

We see at once what a terrible weapon for evil the elevating of the age of consent would be when placed in the hands of a lecherous, sensual negro woman, who for the sake of black mail or revenge would not hesitate to bring criminal action even though she had been a prostitute since her eleventh year![1]

He could not see black girls as children.

There is an eerie echo of these racist sentiments in your denial of Trayvon Martin’s youthfulness.  Indeed, perhaps Martin’s parents released that particular photo to remind people like you—who would see his adolescence as proof of his guilt—that he was still a child. Their child.

However, if you take a look at this photo from a week before his death, you see a teenager with his family.  I see this kid as “cherubic,” as a youth.  Can you not see that Facebook Friend?  Does he still look scary to you?  Racist cultural “truths” are powerful.  They inform not our “hearts” but something so basic as our vision: the way we see. 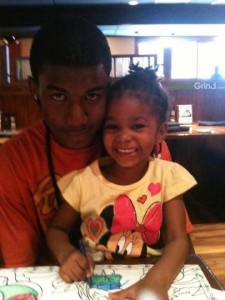 You may not see Martin as a child, but black communities and black parents see youthfulness when they look at his photographs.

Your claim that he was 6 feet tall and therefore dangerous plays on another cultural “truth.”  That black men are brutish (unnaturally big), dangerous (they’ll beat the shit out of you), and should be feared.  A number of black men and black feminists have written about this.  This particular cultural truth dates at least as far back as Reconstruction.  Once blacks were free of the chains of slavery, white supremacists constructed narratives about the inherent danger of free black men.  (See Birth of a Nation for evidence of this.) 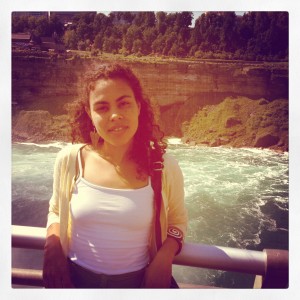 LaKisha Michelle Simmons is a professor of Global Gender Studies at the University at Buffalo. She teaches and writes about black girlhood and segregation, black youth and sexuality, and black reproductive health.