Home / Academia / Why I Am In Solidarity with Mireille Miller-Young

Why I Am In Solidarity with Mireille Miller-Young 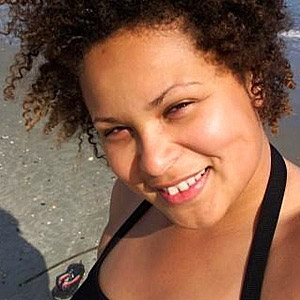 According to that radical feminist organization, the Federal Bureau of Investigation, domestic terrorism is intended “to intimidate or coerce a civilian population.” Okay, so I really do not believe that the FBI is a radical feminist organization. But when I consider what happened at University of California-Santa Barbara last week when the antichoice, antiwoman group Survivors of the Abortion Holocaust brought their graphic signage and deliberate misinformation about abortion, equating it to Holocaust, I believe that this group is engaged in the practices of intimidation and coercion. So did Mireille Miller-Young, professor of Feminist Studies at UCSB – and she said as much in response to the presence of this group at her workplace.  Miller-Young disagreed with their message and their presence, and Joan and Thrin Short, people from this organization, followed Miller-Young and two unidentified students (unclear if they are Miller-Young’s students, but they are students at UCSB). According to their own video, which they uploaded, Joan Short videotaped Miller-Young without her consent. She and her sister harassed Miller-Young as she and the two students crossed a plaza and entered a building. The Short sisters followed her all the way into an elevator, where they sought to impede her ability to go to her office. Miller-Young repeatedly told these people to leave her alone and let her get onto the elevator, but they kept harassing her and refusing to let her enter the elevator and get away from them.

A court of law will determine the outcome of any legal actions that result from the situation. Legal agencies will also determine whether or not the actions of groups like LA Survivors are terroristic. But I stand with Mireille Miller-Young because she stands with women – ALL women – in the face of political intimidation and harassment. She is a warrior who deserves our support and praise.

Too many people who will do the work for the right to safe and legal abortion are harassed, threatened, even killed by people who claim to be pro-life. I’ve been one of those people. In the early 1990s, I volunteered as an escort at a women’s clinic that provided, among many other services, legal abortion. Each Wednesday, protesters would gather around the Alabama-based clinic to yell and scream at women who entered the clinic – the yelling and screaming was intentional so as to raise the blood pressure of women to the point that they could not undergo the abortion they were medically and legally entitled to receive. One Wednesday, before the clinic opened, several of us volunteers gathered with the clinic director and one of the doctors for coffee and the chance to catch up with each other when a package came through the mail slot. Within seconds, it exploded. The sound was, quite literally, deafening. The walls shook. One woman was propelled into a door frame, sustaining a back injury. The clinic closed that day. What happened to the “pro-life” people who sought to hurt us? Nothing. (Yes, you read that correctly: nothing happened.)

Those of us who live on the side of women and their human rights – which include the right to have access to safe, legal abortion – are often treated as if we are pariahs. We can be harassed, threatened, intimidated – and we’re told that it is part of their free speech. Indeed, as various places in the anti-woman, antichoice world make clear, Miller-Young, a Black feminist scholar, has been called a “porn professor” and a “thug” (see the comments) and a “tenured criminal” who went “berserk.” She’s been accused in certain segments of the press as leading an “angry mob.” On Fox News, Thrin Short commented, “I’m sorry if these signs offended her in any way but after all, she does show porn to her students so she’s not really the one to talk about offending images,” as if Miller-Young’s professional research on pornography can be equated with the incendiary imagery the Survivors group shows. In just a handful of examples, we see how the coded language of race operates to justify the intimidating actions of two young, white women. This kind of language is also a form of violence, drawing on histories of racism, sexism, and the regulation of Black women’s bodies. Mireille Miller-Young took a stand, rejected what she saw as a type of terrorism, and defended her right to her bodily integrity (after all, she is a human being). In so doing, she defended all of us. I am in solidarity with Mireille Miller-Young.