Various scholars, journalists, and shock jocks have shared their perspectives on the March 4th encounter between UCSB Professor Mireille Miller-Young and the anti-choice group Survivors of the Abortion Holocaust (writing this out gives me the creeps so I’ll use SAH subsequently). I am not interested in presenting a judgment of Professor Miller-Young’s actions; there already exists plenty of that and very little of it is interesting. Instead, I am speaking about the purported connections between Dr. Miller-Young’s research and teaching on pornography and the neo-conservative presentation of her as curtailing SAH’s right to free speech.

One of the images Dr. Miller-Young analyzes in her scholarship.
http://mireillemilleryoung.tumblr.com/page/4

In contrast, groups like SAH show incendiary images in order to foreclose conversation. The sense of historical and socio-economic context that is central to Dr. Miller-Young’s writing and teaching is explicitly erased in anti-choice depictions of mutilated fetuses, which are presented as outside history, political economy, and, of course, the deeply personal stories of the women once connected to them. Consent too, is foreclosed at every turn, not just for viewers and actual Holocaust survivors whose tragedy has been appropriated in the crudest possible manner, but also for the women whose fetuses are depicted in epic proportions by groups for whom these bodies are no more than mascots. Though I’m not a believer in “fetal personhood,” I wonder how those that are could possibly see this approach as respecting humanity.

I write in solidarity with Professor Mireille Miller-Young for the reasons that other contributors in this thread have elaborated before me.  Importantly, I also write to thank her for the generative scholarship she generates and teaches, which couldn’t be more different from the toxic drivel by groups for which the idea of open exchange is so understandably terrifying. 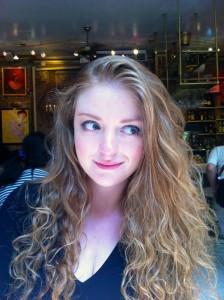