Pull up a chair. We need to handle some family business. So, I saw the “Harriet Tubman Sex Tape.” The acting was believable and actually pretty good, but I didn’t laugh. Why not? I kept thinking about that one part of the Underground Railroad running through my home town. I kept seeing the Harriet Tubman I have read about year after year. Imagining myself as her in 1860 when she, on one of her 300 plus journeys, returned to the South to rescue her parents. Remember? And reading what Frederick Douglass said about her, “I know of no one who has willingly encountered more perils and hardships to serve our enslaved people than [Harriet Tubman]” (emphasis my own). Wow!

The vilification and discrimination for being unwed mothers crossed my mind, too. How many women endure, not solely for the sake of Blacks but for the added nomenclatural pineapples of womanhood in our lifetime? And you, uncle Rush. I thought about your efforts against human trafficking in 2009. Time really got away from you on that one. Halfway through your twitter-bashing, I read your short apology statement. “I don’t condone violence against women” and up until this video post, I could have gone along with that but…I don’t know.

You pre-viewed the video Uncle Rush, right? You know it sends a contrary message to what was said in your apology. One that ignores the historic assault(s) on Black womanhood through acts of violence and defames the legacy of one of the few who made it into commercial American history books/discourse. That legacy of resisting violence and liberation has been passed down and is kept alive in hashtags like #BlackPowerIsForBlackMen. Pulling the video and apologizing were the least of the actions which need to take place soon. Your “sensitivity chip” to African American culture and history really is missing or is damaged. When else has it ever been funny to see our mothers in the act of being raped? And now with the added characterization of Black women somehow enticing their rapists in the name of blackmail. Sick jollies unc.

There is nothing hysterical about the violent present and historical practices of suppression against women, Black or otherwise, wouldn’t you agree? I mean just start watching #NerdLand because as Serena Williams learned a few months ago, the victims of violent crimes are not to blame for what has happened to them nor is their pain an adequate topic for laughter, ever. 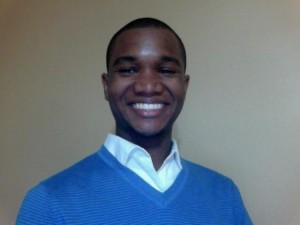 @DarrianWesley Thomas is a poet, educator and workshop facilitator. He has his BA degree (2011) from Bradley University and is currently pursuing his MFA degree at Adelphi University, where he is a faculty member in the English department.