Op-Ed: Putting Violence Against Women on ‘Display’ – The Feminist Wire

Crowdsourcing is a fairly new technological development that connects groups of people together and mobilizes them through social media platforms. This technology is being used to confront, document, and change societal perceptions about violence against women.  The concept of exercising agency through crowdsourcing is spreading. But the collective power of crowdsourcing must now be implemented on an international level to make violence against women an issue of the past.

The organization Women Under Siege has helped to implement a crowd-sourced map that documents cases of sexual assault in Syria. Lauren Wolfe, director of the organization, explains that the data for this map is collected through “the website, using the submission form, email and Twitter.”  Each submission is uploaded based on location and includes a description of the sexual assault. Along with the description, each report categorizes the attack by the degree of violence and number of attackers. This map serves as more than just a simple tally of sexual violence in a given area. It gives women the opportunity to confront this issue. Instead of closeting rape and sexual assault, women are putting it on ‘display’ in an attempt to claim equal footing in the public sphere. 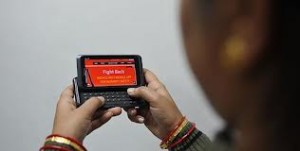 The non-profit organization Hollaback! has empowered women to report sexual harassment in 62 cities and 25 countries across the world.  The mission of this organization is to create a discourse on what street harassment really means and to provide women with a platform to “document, map and share their experiences.”  In India, the FightBack app serves a similar purpose but functions in a different way.  Women are able to press a ‘panic button’ on their smartphones. Users provide their emergency contacts with a GPS location instantaneously with the click of a button.  This application, in many ways, serves as a digital ‘rape whistle.’ The larger point, though, is that crowdsourcing is helping women all over the world reclaim their agency. Instead of being expected to change their behavior or being afraid to leave their homes, women are harnessing their collective strengths.

Across all cultural and geographic divides, violence against women has been traditionally difficult to document, even harder to prove, and often stigmatizes the victim. However, the growing use of web-based platforms demonstrates that women are ready to push back.  Minority, lower class, and poor women who have been traditionally left out of the conversation because they do not have access to power are able to finally have their concerns heard in the public sphere. Giving a voice to women across the world creates empowerment, but it also forces us to ask: What comes next? 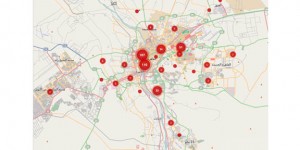 While crowdsourcing has become an effective tool for activists to collect information, we must expand the function of this tool by exploring how it can engender real social change. There is currently a gap between how this platform can gather information and how it might transform policy.  Although crowdsourcing can generate awareness, much of the data on these sites is considered ‘unverified.’ The lack of verification may cause most of these cases to be dismissed by the authorities (i.e. judges, lawyers, and police officers).  If these cases of sexual assault are thrown out, women will continue to be unheard in the corridors of policymakers.

However, the true challenge lies in the way people think about violence against women. Right now, it is seen by many as only a women’s issue and not a societal, structural issue. Women are essentially having this conversation with themselves.  Crowdsourcing must be developed as a tool to engage men in the conversation about a societal issue.  This platform can be used to make men recognize that violence against women can happen to their mothers, sisters, wives, and girlfriends. Building a deep camaraderie and raising consciousness is one step towards eradicating violence against women. But leveraging these strategies to resonate also with the male population is what can really make this conversation go viral. 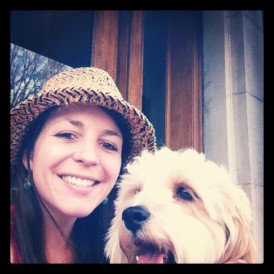 Laura Odenthal is a graduate student at New York University’s Center for Global Affairs. Her research has focused on international development and gender studies. She recently returned from a field intensive in India where she worked alongside an NGO leading a grassroots movement to end sex trafficking. Her field research sparked her interest in women’s empowerment. She works as a Campaign Fellow at the Global Poverty Project, an organization dedicated to ending extreme poverty. Laura currently lives in Long Beach, NY with her boyfriend and dog, Bernie. She earned her B.A in Journalism at the University of Massachusetts Amherst.

Related ItemscrowdsourcingFightBackHollaback!IndiaMediaSyriaviolence against womenWomen Under Siege
← Previous Story Transforming rape culture from Steubenville to anywhere, USA
Next Story → The Erased Women of the Wall: Settler Feminism and the Moroccan Quarter