The Erased Women of the Wall: Settler Feminism and the Moroccan Quarter – The Feminist Wire

Home / Activism / The Erased Women of the Wall: Settler Feminism and the Moroccan Quarter

The Erased Women of the Wall: Settler Feminism and the Moroccan Quarter

Tel Aviv University Professor Orly Lubin asks about Israeli feminism, “Should feminists struggle for the implementation of equal rights in the army in the form of the inclusion of women in exactly the same roles and functions of men, or is feminism about dismantling all modes of violence, the army included?” The latter analysis is represented by Israeli organizations like New Profile (a terrific organization with which I have intermittently participated and interacted over the years) and campaigns like Gun Free Kitchen Tables which connect gendered violence and patriarchy to a militarized, classist, and racist society or to settler colonialism and Palestinian removal. The former are represented by numerous groups and form part of the mainstream discussion of Israeli feminism. Their struggles for gender justice can be seen, at least in part, as the struggle for rights inside the settler society, a kind of settler feminism where full citizenship means participating in all of the settler society’s narratives including its very basis: indigenous removal. One such organization recently received much high profile international attention, Nashot haKotel, the Women of the Wall. 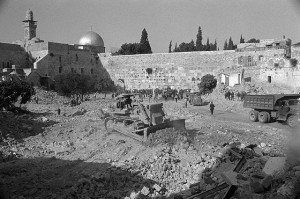 The Women of the Wall have organized since 1988 to freely worship at the Kotel (the Western Wall – the holiest site in Judaism). The movement struggles against patriarchal articulations from the Israeli Chief Rabbinate, High Court, and police, braving harassment and attack by some co-religionists along the way. Group members were temporarily banned from the Western Wall after an 11 February prayer where eleven women – against a High Court ruling – wore prayer shawls to the site. The act of prayer and civil disobedience and resulting arrests renewed calls for Israeli authorities to end restrictions on Jewish women’s prayer at the Western Wall. But the site of their protest – the Western Wall Plaza – is the former Moroccan Quarter (Hārat al-Maghāriba), ethnically cleansed of Palestinians and Arabs after Israel’s 1967 conquest of Jerusalem’s Old City (and the West Bank, Gaza Strip, Golan Heights and Sinai Peninsula). The Women of the Wall omit from their narrative the Palestinian women and men formerly resident and actively base claims for rights upon Israeli conquest narratives and their unspoken attendant, Palestinian removal.

Thomas Abowd writes that prior to Israeli conquest the Quarter was “home to approximately 650 people and 100 families.” Israel began demolishing the Quarter on 10 June 1967, within one day removing its residents—many descended from Maghrib migrants but also Christian and Muslim Palestinians—and structures, including the famed Sheikh Eid Mosque, along with the Moroccan Quarter’s 774-year-old history. Abowd continues, “The Wall itself, once the western enclosure of the Herodian Temple (the Second Temple), has been a place of Jewish worship for several centuries. However, the currently comprised space before the wall—exceptional by the standards of the densely populated Old City for its lack of built form—is of only recent invention.”

Quarter resident Muhammed Abdel-Haq recalled to Abowd that, “In the days after the demolition, my wife and child would return to the site of our home and wait for the Israeli bulldozers to clear the rubble somewhat so that we might retrieve clothes and other belongings which we did not have time to take with us.” Journalist Uzi Benziman wrote that, “After inhabitants had been forced out and before the buildings were levelled by the bulldozers, the houses were inspected by units of the Israeli army and [Border Police]. One demolished wall of a room revealed an unconscious middle-aged Arab woman in the throes of death. She was placed on her bed in the open amid the debris and clouds of dust stirred up by the bulldozers. [Yohanan Mintzker], an engineer who supervised the demolition, tried to revive her. But by midnight al-Hajjah Rasmiyyah ‘Ali Taba’ki was dead—before medical assistance requested by [Mintzker] reached the spot.” (1) 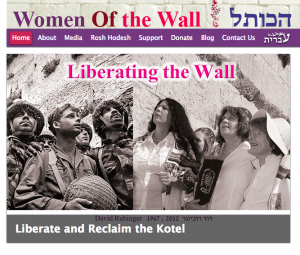 It is this ethnic cleansing operation that Women of the Wall embrace as the basis for their rights. Their homepage features a composite image of two photographs by famous Israeli photographer David Rubinger. The left side is his iconic image of Israeli soldiers staring in reverence at the Western Wall hours after the 1967 conquest. The right side is a 2012 image of Women of the Wall members also gazing reverently. The composite image is titled “Liberating the Wall” and contextualizes the Women of the Wall in the lineage of Israeli conquest. The middle soldier in the photo, Yitzhak Yifat, is featured along with Women of the Wall members in another photo on the homepage titled “’67 Paratroopers and ’13 WOW.” The Women of the Wall’s featured video on their YouTube page is titled “Help Us Liberate the Western Wall Again.” Thus Israel’s 1967 conquest—“liberation” in the settler narrative—of the site (and the unspoken, by Israelis, Palestinian removal) comprises the first liberation, freedom for Jewish women to worship will be the second liberation. 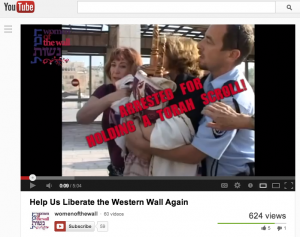 Women of the Wall’s Bonnie Riva Ras writes that in the aforementioned February action, “we were joined by several of the paratroopers who liberated the Kotel in 1967. […] The Kotel belongs to all Jews. It is part of our collective historical memory. Just like the paratroopers who liberated the Kotel, I too, wear two thousand years of history when I walk on the stones of the old city.” Implied in noting that the site “belongs to all Jews” while embracing the military that ethnically cleansed the plaza is that the site definitely does not belong to the Palestinians and Arabs long resident in the Moroccan Quarter nor to Muslim worshippers at the destroyed Shiekh Eid Mosque. In this settler feminism Israeli patriarchy is divorced from Zionism’s ethnic cleansing of Palestine, from settler colonialism. 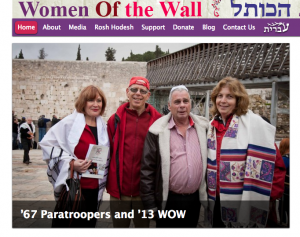 The Women of the Wall’s website asserts that, “Freedom to worship at the Kotel is one of the most important results of the return of the Jewish people to Jerusalem in 1967, but this great achievement is tainted by the fact that women are prohibited from praying freely at the holy site.” Group chair Anat Hoffman illuminates these ideas when she writes of the struggle to “reclaim the Wall for all Jews. HaKotel l’kulam – the Kotel is for all of us.” The word am (Hebrew for ‘people’) invoked here in l’kulam (‘for all people’) is key to understanding. When a demand is made on behalf of l’kulam and that demand is narrated through Palestinian removal, it’s awfully clear that Palestinians are not am, are not people, are subhuman.

The Women of the Wall join a long history – in Israel and other settler societies – of protest lacking intersectionality that advances settler gender justice at the expense of the indigenous population. It is a feminism that embraces settler colonialism. Prime Minister Binyamin Netanyahu appointed Natan Sharansky to find a solution in response to Women of the Wall’s protests. Sharansky said “I imagine very easily a situation where everybody will have their opportunity to express their solidarity with Judaism and the Jewish people and the state of Israel in a way he or she wants, without undermining the other. That’s as much as I want to say at this moment. Now I have to share this vision with the appropriate bodies.” As opposed to the inappropriate body of Rasmiyyah ‘Ali Taba’ki which has no place in gender justice demanded by Women of the Wall.

(1) Using a translation of Benziman’s text by A.L. Tibawi cited by Abowd with my corrections. 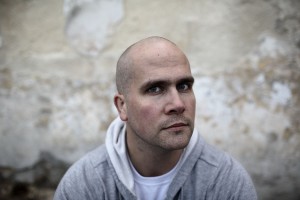 Related ItemsActivismfeminismGun Free Kitchen TablesIsraelKotelMilitarizationMilitaryMoroccan QuarterNew ProfilePalestinePoliticssettler colonialismViolenceWomen of the WallWorld
← Previous Story Op-Ed: Putting Violence Against Women on ‘Display’
Next Story → Special Report: The Commission on the Status of Women Comes to an End