In March, we celebrated International Women’s Day. I was surprised, given the current political climate, to see the lack of youth media representation on a day that should have been used to send a message of empowerment. Instead, all I saw was a few snaps and Instagram posts with group pictures that tagged the “women in my life.” My generation seems to be somewhat naive about what it means to be a woman today and why it is so important to enforce our strength in 2017.

As a freshman in high school, being a woman means being objectified by my “friends” and peers, being called a “slut,” and having to settle with being called derogatory terms daily. This is the world we live in, one that teaches us that it’s okay for men to sexualize you. We live in a society where simply being a woman, especially a young woman of color or a trans woman, is dangerous.

But to me, being a woman should mean we fight, stay strong, wear pussy hats, and make history by marching in defiance of a country that does not represent our values. In a world where the U.S president is a “pussy grabbing,” misogynistic, homophobic, xenophobic, inconsiderate, impolite, imbecile, what is means to be a strong, independent woman has been redefined as a negative image that I refuse to accept for myself and for the amazing women that inspire me every day.

We live in a world where, on a day meant to celebrate women’s beauty, brilliance, and strength, I heard from multiple people that not only is International Women’s Day irrelevant, but there should be an International Men’s Day instead. One of my “friends” (privileged white boy) had the nerve to actually say “men deserve more than women” and “men’s day is more important.” I responded with this:

Oh right because the oppression is real with men. It’s so hard to be paid more, to not be objectified on the daily, to be more appreciated because you have a penis. It’s just so hard to be a man that the entire world (one that targets and materialize women) should take a whole day to honor you and your “many achievements and over comings.”

His response was running back to his snake hole and texting, “Whatever floats your goat.” Immediately after this, he turned to Snapchat to post a series of “men appreciation” posts and to call me out on a meme that reads “Women are good for 70 things, making sandwiches and 69.”

Not only are our basic human rights being violated, but also our reproductive health, education, mental health, and our future. We are growing up in a society that favors rich, white men, and the young men have learned what it means to enjoy privilege. So where does that put a pregnant, undocumented, Spanish speaking immigrant who just wants her child to grow up in a “better” country? Or a black young gay youth who can’t love who he wants because our “culture” tells him it’s “wrong.” Seeing the way my generation reacted to a day of girl power scared me. International Women’s Day as a platform for justice should not be used simply for the likes and the comments, but for more meaningful engagement.

It is important to know the truth about just how important celebrations of women’s lives are. Consider: Donald Trump and his cabinet of marshmallows are against your health, your protection, and your choice. They have said repeatedly they will outlaw abortion, restrict access to birth control, and they will defund Planned Parenthood, an organization that provides healthcare to over four million people annually. I get my birth control through Planned Parenthood, as do 579,000 other women each year as of 2016. Out of hundreds of outreach programs and a highly trafficked website, only 3% of this highly successful organization is about providing abortion services.

The extent of the naivety of this culture goes past heavily debated political fronts. People seem oblivious to the everyday sexualization and objectification of women. Schools participate in this by instituting dress codes to “ensure a focused community.” These rules are telling women that they have to cover up their bodies because it is “distracting.” Instead, how about teaching boys that a shoulder is just a shoulder and a thigh is just a thigh? It’s time to teach boys to stop seeing women as objects instead of telling us to cover up, to wear longer sleeves, roll down our shorts. I see this behavior daily: Guys looking at a girl and seeing only her ass or her boobs. As Emma Watson says, “It’s about freedom, it’s about liberation, it’s about equality. I really don’t know what my tits have to do with it.” Thank you!

Women are more than just their bra size. We are faced with this kind of objectification on a daily basis. Being called a “slut” if we kiss a guy and being called a prude if we don’t. We are “asking for it” if we wear a crop top with short shorts. At fifteen, I’ve already been “catcalled” more times than I can remember. This kind of objectification leads women to believe they are “sluts,” which is not acceptable. It is not okay for a stranger to hit you up at the mall or whistle and compliment your body when you’re hanging out on the courts with your friends.

However, this problem is not just about the women. The change needs to happen with the men who think this kind of behavior is okay. News flash: It isn’t.

Women are not only verbally assaulted but also sexually and physically assaulted. Six youth every day commit suicide from abuse. Not only this, but suicide is the leading cause of death in people fifteen to twenty four. As somebody who suffers from depression, I can only imagine how life could be changed because of the actions of another person. Your friends impact you every single day of your life. They affect your decisions and can change or sway your views. It’s easy to conclude that the betrayal of someone close to you, someone that important, could make a person hurt themselves. Violence against women should not be something that should be romanticized or taken lightly because it really is harmful.

This comes back to the idea that women are people, who are strong and deserve to be honored. This is why every young person should be informed of the problems our generation faces. We should be taking action and creating political platforms instead of posting meaningless memes and draining the importance out of a day of strength simply for media attention. We are the future, and one day we will run this country. We should start now. 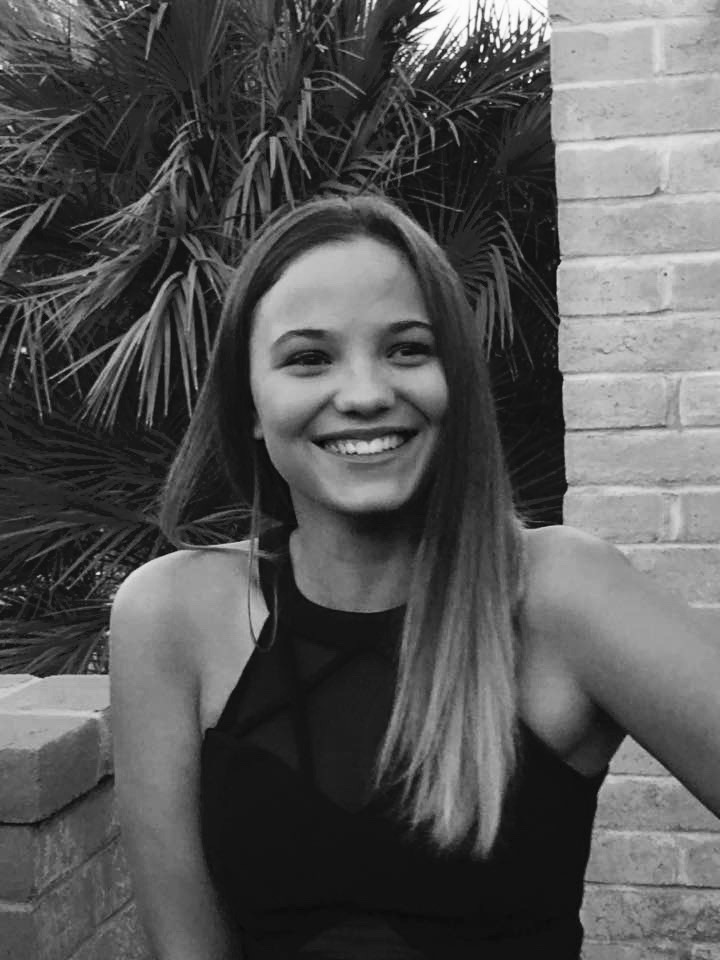 Macy Casper is a Contributing Editor at The Feminist Wire.  She is a student, musician, and writer. She enjoys creatively expressing her opinions through her writing. Her mother, Monica Casper, is her inspiration and teaches her daily what it means to be a strong, independent woman in a society that can be cruel and demeaning. As a high school student, Macy has a younger, unique perspective on life and the problems pressing on the backs of young feminists and activists. She swims for the Rincon University High School swim team and enjoys traveling around the world and learning about different ways of life. She is most intrigued by issues of inequality, reproductive rights, and immigration. She finds her passion in writing about the injustice she sees in everyday life. Currently, Macy is working on a project about depression and anxiety in students and children. She finds happiness singing with Tucson Girls Chorus, visiting Seattle, and spending time with her puppy, Beaumont.