Kasandra Michelle Perkins: We Must Say Her Name – The Feminist Wire

Kasandra Michelle Perkins: We Must Say Her Name

In the aftermath of the tragic murder of Kasandra Michelle Perkins, and the subsequent suicide of Jovan Belcher, much of the media and social media chatter have focused on Belcher.  Indeed, Kasandra Michelle Perkins has been an afterthought in public conversations focused on questions regarding the Chiefs’ ability to play, concussions, masculinity, guns, and the culture of football in the aftermath of this tragedy. Over at the always brilliant Crunk Feminist Collective website, one member described the situation in sobering terms:

Headlines and news stories have focused on the tragedy from the lens of the perpetrator (including speculation of potential brain trauma, his involvement, as an undergraduate, in a Male Athletes Against Violence initiative, and his standing as an allstar athlete), in some ways dismissing or overshadowing the lens of the victim, who in headlines is simply referred to as “(his) girlfriend.”

Mike Lupica, at the NY Daily News, offered a similar criticism about our focus and misplaced priorities:

That is why the real tragedy here — the real victim — is a young woman named Kasandra Michelle Perkins, whom Belcher shot and killed before he ever parked his car at the Chiefs’ practice facility and put that gun to his head.

She was 22 and the mother of Belcher’s child, a child who is 3 months old, a child who will grow up in a world without parents. At about 10 minutes to 8, according to Kansas City police, Jovan Belcher put a gun on the mother of his child in a house on the 5400 block of Chrysler Ave. in Kansas City and started shooting and kept shooting. You want to mourn somebody? Start with her. 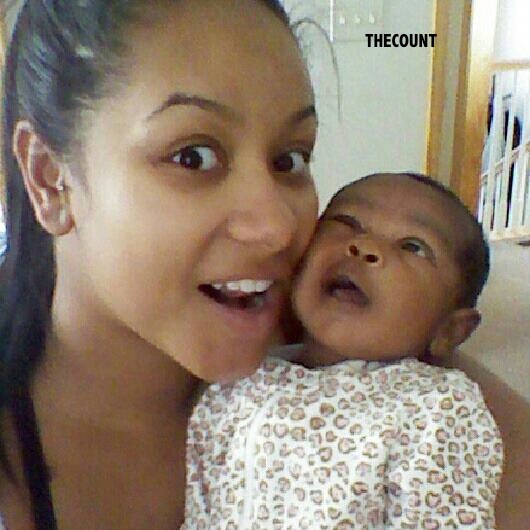 While disheartening and indefensible, I get the turn towards concussions, guns, and the masculinity of sporting cultures.  The murder-suicide shines a spotlight on a number of issues that many have been grappling with for many years.  It encapsulates people’s discomfort about a culture that condones on-the-field violence that may contribute to so much pain off-the-field.  It highlights society’s moral failures whereupon profits are put in front of people.  There will be a time for these conversations, but for now the spotlight needs to be on Kasandra Michelle Perkins.

Kasandra Michelle Perkins cannot be a footnote.  She cannot be an afterthought.

While there are clearly issues specific to football—impact of concusions, the culture of hyper masculinity, mental health—we cannot lose focus on Kasandra Michelle Perkins.  Her life is no less precious just because she didn’t play linebacker; her life is no less important because she didn’t have teammates (although her family and friends are her teammates) grieving.  Her story is no less important because we live in a culture that privileges football and celebrity over the daily tragedies of violence.

Her murder is a startling and sobering reminder about the all-too common tragedy of domestic/intimate partner murders.  “Each year thousands of black women are shot, stabbed, stalked, and brutalized in crimes that never make it on the national radar.  Black women experience intimate partner violence at a rate of 35% higher than do white women,” writes Sikivu Hutchinson.  “Intimate partner violence is a leading cause of death for black women, yet they are seldom viewed as proper victims and are rarely cast as total innocents.”

The failure to value all lives equally, to scream to demand justice embodies American racism and sexism.  Hutchinson makes this clear in another brilliant piece

Plastered on websites like AOL, relentlessly rammed down our collective throats in titillating morsels with whiffs of sexuality and scandal, poster child Caylee Anderson and company are a metaphor for Middle America’s Little Red Riding Hood fetishization of white femininity. Tabloid narratives of imperiled white females highlight the suburban virtues of white Middle America and not so subtlety evoke the social pathologies of the so-called inner city. Indeed, the spectacles of grief, mourning, and community outrage trotted out on CNN and FOX not only program viewers to identify with the injustice that has been done to the victim and her family, but to her community. In the world of 24-7 media these victims become our girls, our daughters, while the “bitches” and “hos” of the inner city symbolize the disorder and ungovernableness of an urban America whose values must be kept at bay.

The media erasure, particularly of the lost lives of women of color, is a root problem.  It points to a systemic failure.  The consequences are grave and mortifying.  The ubiquity here is haunting; the devastation is disheartening; and our collective silence, paralysis, and acceptance are shameful.

As noted on “What About Our Daughters,”

According to the CDC, black women have a maternal homicide risk about seven times that of white women. Black women ages 25-29 are about 11 times more likely as white women in that age group to be murdered while pregnant or in the year after childbirth.

Kasandra Michelle Perkins is not a statistic, but her murder is part of a larger story.  The same is true for Cicely Bolden.  She was murdered by the man she was dating; he killed her after he learned that she was HIV-positive. #Kasandra Michelle Perkins #Cicely Bolden. Let’s not forget Meghann Pope.  She and her baby (she was 4 months pregnant) died after her boyfriend ran her over with his truck.  # Arlet Hernandez Contreras; #Ericka Peters; # Rasheedah Blunt; # Jasmine Nichelle Moss; #Dawn Viens; #Yeardley Love; #Nancy Benoit; #Cherica Adams;  #Aena Hong.

It is crucial to continue to say Kasandra Michelle Perkins’ name. To look at her face; to ingrain her image into our heads. We must continue to think about not the last minutes of her life, but the totality of her life.

It is crucial to say all of these names.  It is crucial to hear the plea from Kasandra Michelle Perkins’ friend, who reminded us all, “I don’t want her to get overshadowed by who he was. I know he was a Chiefs player and a lot of people know him, but she deserves recognition, too.”

I heed the words from the Crunk Feminist Collective: