Now that the adrenaline from November 6th has begun to wear off, I find my concentration turning to more localized legislation. My fervor for this year’s presidential election proved to be a potent distraction from bills lurking under the radar, like Pennsylvania’s H.B. 2718.

Recently, riding on the residual ardor of the presidential race, I began sifting through proposed legislation that I had not given adequate attention to prior to the election. Immediately upon reading Pennsylvania’s H.B. 2718, I became frustrated for not realizing sooner what was at stake. Reading the bill evoked unwelcome thoughts of Todd Akin and Richard Mourdock. Unlike Akin’s and Mourdock’s comments, though, H.B. 2718 has received little to no public attention. The language of H.B 2718 would place the same rhetoric espoused by Akin and Mourdock into legislation that would directly affect Temporary Assistance to Needy Families (TANF) benefits.

Pennsylvania House Bill 2718 threatens to reduce the benefits afforded to women and their children under the TANF program unless women are able to prove they were raped. TANF provides assistance to families with dependent children that are in need. The amount of assistance is adjusted according to the number of children a woman has. The state of Pennsylvania is attempting to limit total benefits dispersed by eliminating the increment in benefits previously provided for each child conceived during the period of TANF eligibility.

It does not take a rocket scientist to understand that as a family grows, the financial needs of that family grow as well. The intention is to reduce the cost (to the state) of the TANF program by ending the increase in benefits based on number of children while eligible for the program. There is, however, an exception to this stipulation in the case of rape or incest. The elimination of benefits, or denial of benefits, shall not apply if the child was conceived as a result of rape. Thus, the bill requires that a woman prove she was raped. She must report the rape, identify the offender, if known, and must sign a statement that acknowledges any false reports to law enforcement authorities are punishable by law.

Asking women not only to report their experience, but also then to review and sign a document insinuating that their story may not be completely truthful, is insulting. Even more, it carries the potential to re-traumatize women. Enfolded in the language of this bill is yet another disturbing conjecture about “legitimate rape.” The Women’s Law Project astutely notes that, in essence, this legislation creates a “legitimate rape” test whose rubric is formulated by assumptions based on how a “real” victim acts. The supposition is that women who are telling the truth will report the incident as opposed to women who are simply  “claiming” they were raped to receive benefits.

It is estimated that 54% of all rapes in the U.S. go unreported. The low percentage of reporting is directly yoked to victims’ fears of not being believed and/or being held responsible for their assault. The Pennsylvania bill typifies institutional classifications and procedures that humiliate and scrutinize women’s responses to sexual violence and makes broad, sweeping affirmations about reproductive choice with “pro-life” undertones. The bill constructs a system of denying necessary incremental increases in benefits, and it does so on the basis of conservative socio-political beliefs regarding women of certain socio-economic standing and their reproductive rights.

Representative RoseMarie Swanger (R-Lebanon), who sponsored the bill, stated, “A rape victim won’t get a benefit if she doesn’t report the rape. Isn’t that reasonable? Why wouldn’t you report rape?” The bill avers that women who have “legitimately” been raped will have no qualms about reporting their experience to the authorities and will be compensated for their “choice” to give birth to a child conceived from rape.

Tethered to these assumptions is the assertion that women who are receiving TANF benefits should not have more children during their period of assistance. Yet access to contraception and women’s healthcare is not provided or secured for women receiving benefits.  In other words, in this moral universe, women of lower socio-economic status receiving TANF benefits simply should not have more children. This legislation caters to stereotypes that depict women receiving cash assistance, in particular poor women of color, as experts at ‘working the system’ and using the benefits on illegal drugs or luxury items as opposed to necessities.

In every state, benefits are below half of the poverty line.  And in the majority of states, including Pennsylvania, the benefits provided are at less than 30 percent of the poverty line, which comes to about $5,200 annually for a family of three. People receiving government-subsidized cash assistance struggle to cover their basic needs with the current amount of aid provided per month. Furthermore, roughly 90% of people receiving cash assistance are single mothers. The TANF program is certainly not going to make any woman rich.

The denial of incremental increases for a child born during a period of aid eligibility is an offensive attempt at conservative contraceptive tactics. Denying benefits does not dissuade women from having more children. Access to reproductive healthcare, contraceptives, and choice affords women the opportunity to make decisions about their own reproductive prerogatives.  H.B. 2718 is imbued with patriarchal power structures that situate women, still, as reproductive objects that are granted assistance only if they can prove that their reproductive integrity was compromised and that they therefore must be defended and given additional succor.

The emphasis is to reduce the budget through limiting already scarce TANF benefits by creating policy that is so fraught with conditions, that it is unlikely many women will have the opportunity to avail themselves of it. Women who have sex and grow their family size will be judged and punished accordingly by limiting their access to increased benefits.

Currently, the TANF benefits already barely meet the needs of those who receive them.  In most Pennsylvania counties, a family of three receives $403. The denial of an incremental increase in benefits serves to punish women for their reproductive choices and denies children needed assistance. It is an excruciating example of a hypocritical impulse to care about a child before it is born and then completely disregard the child once the mother has given birth. Unless, of course, the mother’s reproductive sanctity was violated and that violation was reported and determined by the state to be “legitimate.”

This bill was introduced to the Human Services Committee on October 17, 2012. Coverage of the presidential election proved to be a strong distraction from insidious legislation such as H.B. 2718. Women’s reproductive rights and health care were front and center on the national scale as we edged closer and closer to Election Day.Unfortunately, bills such as H.B. 2718, which perpetuate institutional disenfranchisement, stereotyping, and disempowerment of women on a more local scale, have not been given the same level of political scrutiny.

Paying attention to local legislation provides an opportunity to remain vigilant about reproductive health care in this post-election phase. H.B 2718 must be defeated, and it requires the feminist community to get informed, remain connected, and stay involved at multiple levels of political action. 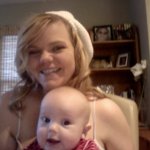 Kalen Young received her M.A. in Social Justice and Human Rights in 2011 from Arizona State University. As an undergraduate, Kalen directed the ASU LGBTQ Coalition. Currently residing in Texas, she is busy mothering two young sons, plotting her return to graduate school for a Ph.D., and working on veterans’ affairs. She is deeply interested in women’s reproductive health and intends someday to return to her M.A. topic, obstetric fistula. Kalen was our first official intern at The Feminist Wire.