#eulogizingaretha: For the Colored Girl Who Gave Us a Rainbow When the Black Church Wasn’t Enuff (Benediction) – The Feminist Wire

Home / Art / #eulogizingaretha: For the Colored Girl Who Gave Us a Rainbow When the Black Church Wasn’t Enuff (Benediction)

#eulogizingaretha: For the Colored Girl Who Gave Us a Rainbow When the Black Church Wasn’t Enuff (Benediction) 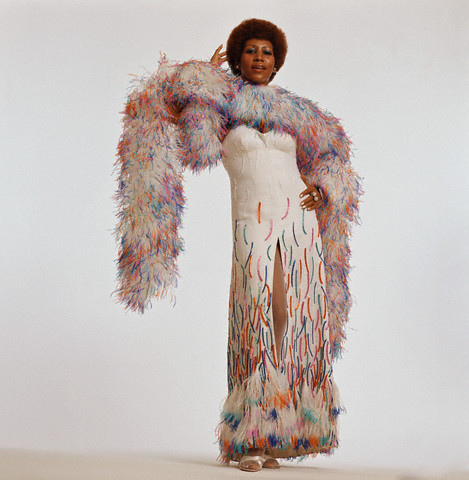 Sept 15, 1976, Ntozake Shange’s choreopoem, “For Colored Girls Who Have Considered Suicide / When the Rainbow Is Enuf,” premiered on Broadway for the first time at the Booth Theater. That night, she introduced a poem she’d written for her Upward Bound students back in Long Beach titled, “somebody anybody sing a black girl’s song.” The poem became not only a word of affirmation and a call for black women and girls to represent ourselves with joy and respect, but an anthem – for all of us – to imagine ourselves as whole and worthy.

In the poem, lady in brown exclaims, “sing her rhythms…sing her song of life…sing her sighs…sing the song of her possibilities…sing a righteous gospel…” Of course, I can’t know what Aretha Franklin thought of Shange’s choreopoem or the poem. I do know that she spent a lifetime adding additional hues and layers to Shange’s rainbow, remixing and proffering fresh anthems – from “Respect” to “Natural Woman” to “Ain’t No Way” to “Think” to “Precious Lord” to “A Rose is Still a Rose” to “Jimmy Lee” to “Jump” to “Mary Don’t You Weep” to “Do Right Woman” to “Loving you Baby” – to speak a good word over our complex lives.

The same year that Shange’s choreopoem debuted on Broadway, Franklin, along with Curtis Mayfield, recorded Sparkle, the soundtrack album for the motion picture carrying the same name. I was just three years old when the soundtrack and movie came out. I don’t remember when I first saw the film or heard the music, I just know I’ve long been moved by each. I’ve watched the film at least 25 times since then. And more than Sister’s beauty, sass, and tragic death, I was taken by the music. Beyond “giving him something he can feel,” Franklin was singing a black girl’s song – one of coming of age, hustle, survival, contempt, love, sorrow, joy, decline, recovery, distress, embodiment, autonomy, power, pleasure, violence, spirit, and redemption.

Aretha Franklin knew well how to help us navigate through the thorns and thrills, particularly as she rang the alarm about the dangers in our midst while pushing us towards not only our highest selves, but the opaque ecstasy wrapped up in God’s mysterium tremendum – an awe-inspiring mystery that frames both God’s divinity in the world and the divine nature of black breath, black sound, black culture, black movement, black thought, black love, black sexuality, and black humanity. It’s safe to say, where the Black Church, which raised the Queen of Soul, fell short, she stepped in, showing us how to be whole and broken at the same time, how to honor every aspect of our being, and how to find God in ourselves while wading deep, murky, antiblack woman waters and treacherous racist, sexist, and classist dry lands.

Aretha Franklin told us to “Rock Steady” and that “A Change is Gonna Come.” She taught us to love ourselves fiercely. And more, to give love, to expect love, and that we are worthy of good love, regardless. This is the righteous gospel. But heavy is the head that wears the crown. Priestly is she who sings a black girl’s song, despite her own pangs. Holy is she who spiritualizes our humanity whilst humanizing our sensuality – while refusing to demonize us and frame our lives in depravity and crisis. Ordained is she who brings both culture and the erotic to the sacred and virtue to the allegedly profane. Saintly is she who keeps boundaries around the precious parts of life while throwing that good shade as a protective shield against those attempting to do harm. (To be sure, her spirit has already gathered her official eulogist more than a few times.) Beatific is she who gave us the gospel as opposed to sin and shame. Venerated is she who spent her life producing rainbows rather than choking us with torrential rains.

But now may she rest well, as her work here is done, and as her daughters have set the record straight.

1 Then I saw a new heaven and a new earth; for the first heaven and the first earth had passed away, and the sea was no more. 2 And I saw the holy city, the new Jerusalem, coming down out of heaven from God, prepared as a bride adorned for her husband. 3 And I heard a loud voice from the throne saying,

See, the home of God is among mortals.
[God] will dwell with them;
they will be [Gods’] peoples,
and God [Gods’ self] will be with them;
4 [God] will wipe every tear from their eyes.
Death will be no more;
mourning and crying and pain will be no more,
for the first things have passed away. 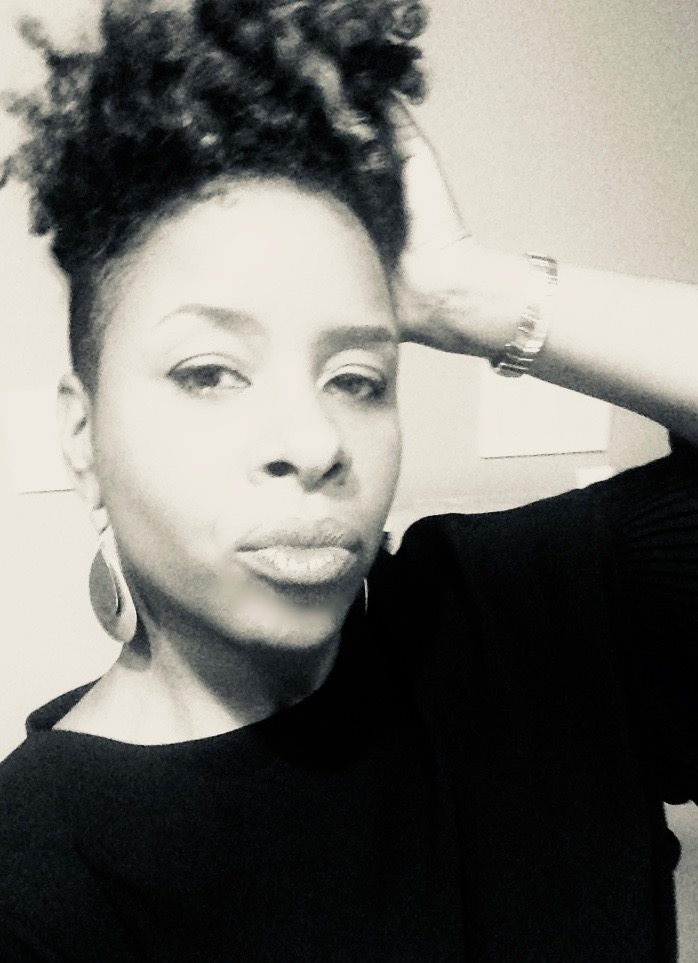 Tamura Lomax is an educator, writer, and believer in social justice. Her call to the movement is through radical teaching, publishing, and critical space-making. She received her Ph.D. from Vanderbilt University in Religion where she specialized in Black Religion and Black Diaspora Studies. She also developed expertise in Women, Gender, and Sexuality Studies and Black British and U.S. Black Cultural Studies. She is specifically interested in the ways that linguistic and representational technologies of power construct and institutionalize ideas of race and gender and how these ideas not only establish notions of innate difference, but ultimately affect Black diasporic people in general and Black women and girls specifically in their everyday lives, sometimes igniting epistemic and/or material violence. Her scholarship interrogates these intersections by placing special emphasis on North American slavery, social movements of the 1960s and contemporary social movement, religion, and popular culture.

In 2011, she co-founded The Feminist Wire (TFW), an online publication committed to feminist, anti-racist, and anti-imperialist socio-political critique. Today, Dr. Lomax is the CEO and visionary for TFW. Her vision is to create space for justice work through critical conversation, exchange, mass-mediation, and dynamic accessible education. Her hope is to bring academic expertise to the streets and vice versa. Since its founding, TFW has published over two thousand intersectional and justice centered scholarly essays, including the original Black Lives Matter herstory by Alicia Garza in 2014, organized the very first university conference on Black Lives Matter, and coordinated various forums on topics such as Black (Academic) Women’s Health; Assata Shakur; Trayvon Martin; Disabilities; Race, Racism and Anti-Racism within Feminism; and Mumia Abu-Jamal, Race, Gender and the Carceral State. In addition to online publishing, TFW has a book series with the University of Arizona Press: The Feminist Wire Books: Connecting Feminisms, Race, and Social Justice.

Dr. Lomax believes that cultural representation, sexual subjectivity and safety are inclusive in the social justice project and that Black religion has consistently been both a great signifier and source of meaning in this undertaking. That is, to engage in a discourse on Black human rights is to first imagine Black people as whole persons with inherent worth and dignity, and second, to take seriously the functionality of Black religiosity in the journey from freedom to captivity to neo-coloniality. With this in mind, her work moves between religion, popular culture, politics, and the body. She recently published Jezebel Unhinged: Loosing the Black Female Body in Religion and Culture (Duke University Press). In 2014 she published Womanist and Black Feminist Responses to Tyler Perry’s Cultural Productions (Palgrave Macmillan), a co-authored edited volume with Rhon S. Manigault-Bryant and Carol B. Duncan. And she is currently at work on a new book, Raising Non-Toxic Sons in White Supremacist America (managed by Don Congdon Associates, Inc.). In addition, she recently curated “Black Bodies in Ecstasy: Black Women, the Black Church, and the Politics of Pleasure.” In 2017 she curated #BlackSkinWhiteSin and co-organized “Our History, Our Future: a Multigenerational Human Rights Conference” at Boston University. To reach Dr. Lomax, please email Rae Antoinette.