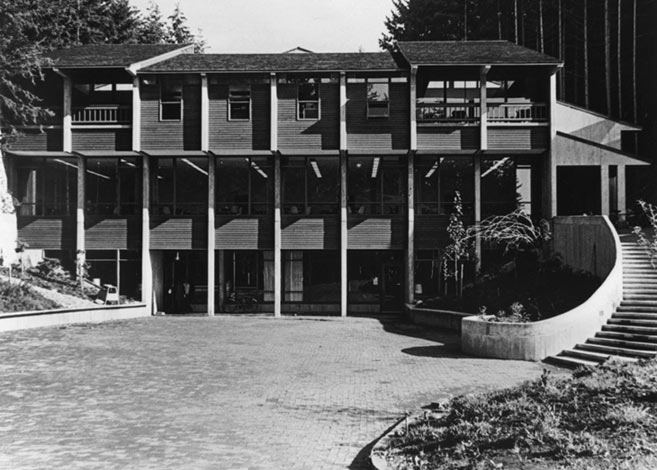 During my last quarter as an undergrad, I had the opportunity to create, facilitate, and teach my own course. This opportunity was presented as furthering undergraduates experience in higher education and providing us with a great opportunity to learn and grow. In order to do so, I went through a three quarter process to prep, present to the curriculum committee, and teach the course. All in all, I spent a quarters worth of tuition on gaining this experience—Fall quarter (four credits for research), winter quarter (four credits for pedagogy), and spring quarter (seven credits for teaching the class), which makes a total of fifteen credits I paid to the university in order to “have the opportunity” to teach for them. At the same time, they received tuition from each of the eight students in my four credit course. I also had to do a lot of affective labor.

When approaching the curriculum committee, I had to do so with caution and be more prepared than other students proposing courses. Due to my activism the year before, which demanded that Fairhaven College listen to students, I was referred to as a “bully” to faculty. I feared I would be denied this teaching opportunity as retaliation for ensuring students voices were heard and taken seriously. Due to the push back some of my peers had faced in previous years, I worked with mentors to ensure I was well prepared and there were no gaps that the committee could push back on. I spent summer vacation researching and writing to create a well developed syllabus for presentation to the curriculum committee for fall quarter. Yet, other students only needed a statement that detailed what they wanted to teach, why it would be beneficial to the college, and why they were prepared to teach it.

When we presented the completed syllabus to curriculum committee in winter quarter, I was told that my syllabus was the best syllabus they had seen from a student. However, I still received push back on areas that were impertinent to my course. For example, my course title, “Queer Indigenous Studies,” which was based off the book I was using as a primary resource in the course, was questioned by one white faculty member. They questioned my use of the term Indigenous and told me that I should be using Native American instead since I primarily talk about North America. Are North American Native Americans not Indigenous peoples? And as a Queer Indigenous Womxn, I reserve the right to use the terminology that I wish to describe my identity and the communities in which I belong. I watched as less prepared students received less push back from faculty than I had. I could only deduct that if they denied me this course, it was blatant retaliation for my activism on campus.

The way these course opportunities are structured silenced my labor as the instructor and positioned me in a precarious power dynamic. I prepared to teach a course that would never officially associate me as the instructor of record. They require the faculty sponsor be listed as the official instructor for the course. Because it was not officially my course, I had the additional responsibility to perform my best as everything I presented, or any complications that arose, in the class would fall on my faculty supervisor. Thus, I did my best to remove my own personal thoughts from course conversations because I feared the effects it could have on both me and my supervisor. The college environment was already hostile to the course’s ideas and I was situated in an institution based on white heteropatriarchal norms. I felt like the topic of my course was already challenging the norms of the university. Significantly, my student evaluations commented on how they thought I remained unbiased and they wished they could have heard more of my opinion within the course.

It was difficult to make an equitable classroom for all the students. My “classroom” was the lounge in one of the dorms. My students were a mix between my close friends and peers and students who I had never communicated with or had courses with until they emailed me for access to my class. I had to create a classroom environment out of a lounge where students felt more comfortable, relaxed, and less structured, with a group of students who were my friends who I would hang out with on a regular basis. I had to make boundaries with my friends that no one could text or Facebook about class. And I made additional meetings with students whom I did not have relationships with to learn more about what they wanted out of the class and their educational background. I not only had to submit grades for my students, but also had to write narrative evaluations on each student. I was expected to write an evaluation about how my friends performed in my class while maintaining our relationship outside of the classroom. I constructed a standard outline in which I used for each student to avoid language changes between students I knew and ones I did not.

My course was also in the context of a school year where extra pain was inflicted on students of color on our campus. This context necessitated that I deal with the contradictions and violence of academia, my experience with education, and the difficulty of teaching my peers. If I was teaching my students the use of decolonization through Indigenous and queer methodologies, was I setting them up to fail when their use was questioned in the future?

For instance, during the fall quarter, threats were made against our Associated Students president and, during spring quarter, tensions were raised around the use of the term “decolonization” by Black Lives Matter activists and Native American community members. Many of my students attended this tension filled event and I was put in the precarious position of helping them process it while processing and questioning my own understanding. While I allowed space for discussion in the classroom, I had to balance between expressing my feelings and working through theirs without it becoming gossip. The reading I had assigned for that week included Chris Finley’s (2011) “Decolonizing the Queer Native Body (and Recovering the Native Bull-Dyke): Bringing ‘Sexy Back’ and Out of Native Studies’ Closet,” which argues “heteropatriarchy and heteronormativity should be interpreted as logics of colonialism” (p. 213).

The conversation on decolonization was the second time that I adapted our class to what was happening on campus. Earlier in the quarter, myself and other members of the Native American Student Union Tribal Council released a letter to the administration at Western Washington University addressing the needs of Native American Students on campus and inviting the administration to have a conversation with us. In class we discussed the details of the meeting and how the administrative responses supported the white heteropatriarchal institution. We examined how the needs of Native American students were a constitutional right relating to their sovereignty and why this was an important question for Queer Indigenous Studies.

In the end, teaching the course was an experience that allowed me to grow. In the process, I was able to work with my mentors and grow as a student and an educator of my peers. I was able to gain confidence in myself and in the knowledge I acquired as a student. However, I question if it was worth paying to participate in my own exploitation and free labor. I put far more than the fifteen credits of work into the class to ensure that I would not be retaliated against for my involvement in student activism. I spent hours stressing over it not being approved and how my actions would affect not only myself, but also my mentors and supervisor. The day I turned in the last evaluation, I felt relief as I was no longer under watch by those who considered me a “bully.”

Student led courses are designed to fill gaps in the curriculum and offer opportunities for student growth, but the students most likely to engage in these classes are the ones who the university is failing—students most affected by racism, homophobia, transphobia, sexism, ableism, and other systems of oppression that operate in US settler colonial society. These students are the most likely to be performing other forms of free labor for the institution.

Who is benefiting from this opportunity: the student or the institution? 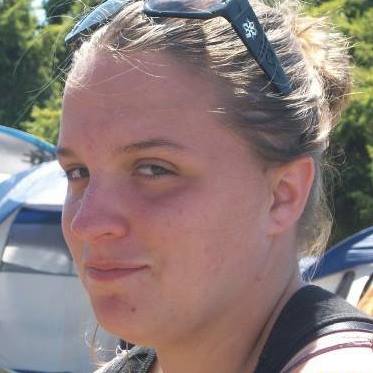 Kylie Nicole Gemmell, a descendent of the Suquamish Tribe, graduated from Western Washington University June 2016 with a Bachelor’s of Arts from Fairhaven College of Interdisciplinary Studies entitled “Power of Voice: Understanding Intersecting Identities Through Narratives.” During her time at Western Washington University, she worked with other student activists to create a list of demands to make college accessible and possible for American Indian/Alaskan Natives attending Western after the Native American Student Union lost several members due to students being pushed out of the university. Her senior project was teaching a student-led course on “Queer Indigenous Studies,” an area of study in which she wishes to continue in graduate school.