We Can’t Let After Tiller Slide – The Feminist Wire

We Can’t Let After Tiller Slide

I was so excited to attend a university-wide screening of After Tiller, the 2013 Emmy-winning documentary about the four remaining doctors who openly provide third trimester abortions in the U.S. A film that takes a careful and perceptive approach to humanizing and contextualizing the people who seek third trimester abortions and the people who provide such services? Sign me up. As an emerging feminist scholar and a strong proponent of reproductive justice, I was delighted that filmmakers, Martha Shane and Lana Wilson, had made a documentary like this and, to be completely fair, I’m glad this documentary exists, kind of. After Tiller provides important insight into why people seek abortions (particularly in their third trimester) and why the staff at these four clinics continues to do the work they do. So, for that reason, I am glad this film exists. 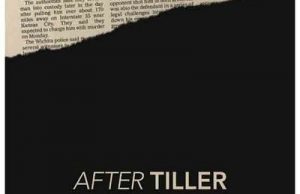 Unfortunately, I resent the film for making no attempt to bring attention to the anti-disability sentiments expressed by nearly all of the patients. One patient talks about how their child “wouldn’t be able to walk or I mean, everyday tasks like eating and stuff she would need help with everything” and another patient talks about wanting the child to have “as good a chance as anybody and to have a quality of life.” Whether the patients sought third trimester abortion services on their own or did so as a result of their doctor’s advice, nearly all of the patients who have screen time in the film express anti-disability attitudes. As evident in the film, the question of how to be pro-feminism and pro-disability is not just a theoretical debate for academics and armchair activists to discuss. These anti-disability sentiments, which raise ethical concerns about eugenics and who counts as a valid human being, have real world consequences and are especially problematic given the diagnostic technologies that are currently available, which often result in the intentional termination of pregnancies with fetuses projected to have disabilities.

As I sat in the audience of the screening, listening to lines like, “It’s guilt no matter which way you go: guilt if you go ahead and do what we’re doing [third trimester abortion] or, bring him into this world and then he doesn’t have any quality of life,” my heart broke. As a longtime disability advocate, I thought of all of the wonderful friends I have in my life whose “quality of life” this documentary was calling into question and I wondered how and why nobody else around me in the audience seemed to be upset about such anti-disability rhetoric. 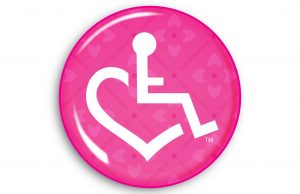 Although abortion is a highly politicized topic, many feminist perspectives conclude that comprehensive access to abortion services is something to support. Selective abortion (intentionally terminating a pregnancy, usually because the fetus(es) exhibit any variety of unwanted characteristics), however, is often left out of feminist debates surrounding the ethical and legal implications of legalized abortion. So there I was, with tears streaming down my face, a feminist and a disability advocate, unable to reconcile the anti-disability sentiments that seemed to be woven throughout this feminist film. Part of me sympathized with the patients in the film, and to be sure, I support their legal right to make whatever decision they felt was the best decision for their circumstances, but I have read too much disability studies literature and have too many loved ones, many of whom live with these unwanted characteristics, to support the overarching anti-disability claims in the film. We should not ignore the harm commonly done to the reputation of disability and overall human diversity in the name of feminism.

People with disabilities (and more broadly, the presence of disability) are largely ignored in mainstream American culture; this is not news. Popular cultural representations of people with disabilities are often oppressive, limiting, and leave no room for the possibility that people with disabilities can (and often, do) live happy and good lives, whatever “good” means for them. Having a hard time thinking of popular representations of people with disabilities? Think of the films Million Dollar Baby (2004) and Me Before You (2016), for example. These films, and others like them, send the clear message that the presence of disability is a terrible tragedy and can make life not worth living. Additionally, the actors who play characters with illnesses and/or disabilities typically do not have the illnesses and/or disabilities that their on-screen characters do. While Million Dollar Baby and Me Before You have both had their fair share of criticism on account of their anti-disability sentiments, why has After Tiller evaded such criticism? In an era where intersectional feminism is all the rage, why are we letting a film like After Tiller, informative and pro-abortion as it is, slide? Why aren’t there more angry blog posts? Why did no one else in the audience cry? 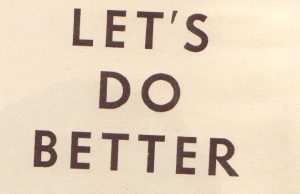 When anti-disability sentiments are used to garner support for third trimester abortions, any subsequent support will be contingent on the prospect of disability rather than rooted in larger conversations about reproductive justice. Sure, adding in more topics to care about makes our work more complicated but if we want to create a kinder and more just world, that’s what we have to do. The world I want to live in, and the world we ought to be working towards, is not a world without disability but rather, a world without the stigmatization of disability and overall bodily diversity. This means our goal should be to have plenty of resources and social support networks readily available to all people so that every pregnancy can be considered a “good” pregnancy to continue, if the person who is pregnant wants to continue it. Working for a future without disability, whether intentionally or not, is impossible and dangerous but more importantly, not the kind of future we, as people but especially as feminists, should be working towards. In order to cultivate feminist academic and activist pursuits that meaningfully include disability perspectives, we need to become familiar with the work being done in feminist studies and in disability studies – or even better, the work being done in feminist disability studies – and we need to be more critical of both the feminist work we produce and the feminist work we consume. If we want a world in which human diversity, in all of its infinite forms, is appreciated and encouraged, we must not allow our projects, done in the name of feminism, to be done at the expense of disability (and, of course, race, class, gender, sexuality, citizenship status, etc.). While we can recognize the feminist outcomes of After Tiller, being complacent is dangerous and our feminist efforts need to be stronger and more inclusive. 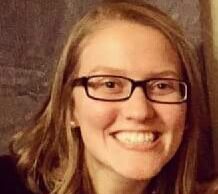 Viki Peer is a graduate student in the Department of Women’s and Gender Studies at the University of South Florida. She received a BA in Sociology with an LGBTQ Studies minor from Northeastern Illinois University in her hometown, Chicago, IL. She is involved with many different community organizations all over the country that serve people with disabilities. As an emerging feminist disability studies scholar, she combines her academic feminist training and disability advocacy experiences to forge a critical and nuanced understanding of feminism.