EMERGING FEMINISMS, Why I Read the Comments – The Feminist Wire

Home / Academia / EMERGING FEMINISMS, Why I Read the Comments

EMERGING FEMINISMS, Why I Read the Comments

We’ve all had at least one friend tell us, “Don’t read the comments.”

The Comments. The He-Who-Must-Not-Be-Named section of the internet. The internet equivalent of a car crash you’re oh-so-tempted to stare at even though you know you shouldn’t.

We’ve all seen our fair share of horrific comments underneath articles and blog posts. In June, I catfished Donald Trump supporters on Facebook and found a comments section in which a commenter said he’d beat a Muslim child with a baseball bat. I’ve had commenters tell me sexual assault survivors like myself are just “females who put themselves into compromising positions” or “liars who deserve to be fucked up the ass.” And that’s nothing compared to the death threats I found in comments sections below articles about fellow sexual assault survivor Emma Sulkowicz.

But I still read comments sections. I’m not masochistic — trust me, no one can derive pleasure from reading through the verbal equivalent of diarrhea and violent hate speech — but determined to defend free speech.

When I say “free speech,” I’m not talking about threat-laced comments. We seem to have this idea that “free speech” is the same as “hate speech,” and fighting against hate speech makes us thought police or too politically correct. However, freedom of speech was designed to protect ideas, words, and expression, from the brilliant to the absurd. Bigotry and threats aren’t just a form of expression; they’re intimidation and violence. In conflating intimidation and speech, we’re elevating rape threats to the same level as other dialogue. There’s an enormous difference between angry disagreement and a direct verbal attack that threatens another person’s bodily safety.

The irony is in ignoring the vitriolic bigotry and sexual harassment in comments sections out of fear of censorship, we’ve only further censored marginalized people such as women, people of color, queer and trans people, and people with disabilities. Comments sections are no longer accessible for anyone who isn’t a white, cisgender, heterosexual, able-bodied, wealthy man.

How did we get to this point? It’s more than just a fear of censorship; it extends to the idea that we, the commenters’ targeted communities, shouldn’t feed the trolls by challenging them. This is actually just another version of the argument commenters have made to me about my rapes: I, as a comment reader, shouldn’t put myself in the “compromising position” of exposing myself to threats. Reading the comments means I’ve given some troll the opportunity to call me a dyke, bitch, or list a hundred different ways they’d like to see me get raped again.

I actually loathe the name “troll” because it makes it sound like those posting slurs and threats are a different species and thus unaccountable. However, internet trolls are real people. People typing away at cafés while listening to music. People who have spouses and children and jobs. People who find the idea of a woman speaking up about her rights being taken away worthy of threatening her with bodily harm. People who find it “funny” to type the n-word. By calling these people “trolls,” we’re distorting the reality that each comment is written by a person. And as we’ve seen from the Pulse shooting in Orlando and the Emanuel African Methodist Episcopal Church shooting in Charleston, bigoted trolls can and do come to life.

But I still read the comments because someone needs to. I need to post words of support for those brave enough to share their stories online. We need to let commenters know they’re being watched and their actions are unacceptable.

I also completely understand if you choose not to read comments as a way to support your own self-care. But for those who do, and can, read the comments, please be more of a presence. Even better, write your own comment. Outnumber the bigotry with support, or challenge the bigotry directly. Until we hold commenters accountable for their violence and intimidation, even by simply ensuring they know their words don’t go unnoticed, hate will continue to fester both online and off. We’ll continue to have Orlandos and Charlestons, and the internet will grow increasingly violent and inaccessible to those of us targeted by commenters’ violent language. 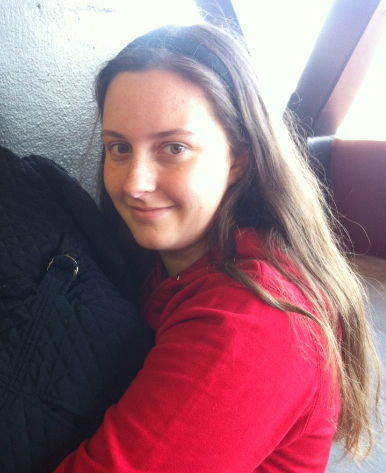 Amelia Roskin-Frazee is a B.A. candidate at Columbia University where she is an organizer with No Red Tape, Columbia Queer Alliance, and the Barnard Columbia Solidarity Network. Outside of school, she is the Founder and President of The Make It Safe Project and serves on the National Advisory Council for GLSEN. Her writing has appeared in The New York Times, The Huffington Post, Feministing, and Femmes Unafraid.