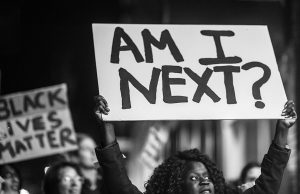 The summer of 2015 was tragic and bloody. One incident that constantly appeared in the media was the murder of Cecil the Lion in Zimbabwe, which lead to discussions around animal rights, game hunting, and justice for the deceased lion. For much of White America, Cecil’s murder was an obvious injustice. Yet, Black Twitter quickly challenged the outrage over Cecil’s killing. For example, @Bhattosuai sarcastically tweeted: “I just want to state that I’m not a Lionist, because it’s obvious Cecil was a thug and the dentist feared for his life!!!” Hashtags like #AllHuntersMatter poked at the flimsy and sad appropriation of Black Lives Matter activism, calling into question the seemingly progressive notions of animal rights and the bizarre reticence about the state-sanctioned murders of Sandra Bland, Tamir Rice, Corey Jones, and many others.

Along these lines, I would argue that White liberal silence is the result of a particular kind of marked absence of Black people in White spaces. What brought me to think about this racialized absence is Eve Sedgwick’s work on gendered exclusion. More specifically, Sedgwick’s Between Men (1985) discusses homosocial spaces as all-male spaces that can depend on the absence of the feminized figure to sustain reiterations of male power, arguing that “male homosocial desire” undergirds male-centric power structures and ideologies. Many heteronormative and predominantly male sites—poker nights, man caves, Monday Night Football—are contingent upon the absent but within reach and available female body. Similarly, White liberalism depends on creating apparitions of Black people who are absent but within speculative grasp. It can allow a few “safe” POC who help to keep those spaces White by providing fragile evidence of “diversity” and “inclusion.” In my experience, though, a large number of White liberal sites are remarkably monochromic.

White liberalism is unassuming and outwardly good-natured. Officially, it rejects all forms of injustice. But within social circles, there is a curious lack of Black people that is more than just coincidental, and, instead, what exists is the perpetual citation of anything Black: “My Black friend,” “That’s so hood!,” Bob Marley, or Beyoncé. White liberalism’s unspoken belief that, “I’m too socially aware to be racist,” conceals the absence. To help solidify this dynamic, liberals depend also on the absent figure of the White conservative, often depicted as confederate flag-waving and gun-bearing. Liberals often assemble this bigoted, angry, uneducated, iconic racist with whom many contrast themselves.

Unsurprisingly, then, I regularly encounter liberal anti-Black sentiments. When I protest this bigotry, people tell me “it’s all in my head” or that “[the offenders] are so nice” or that I “misunderstood!” They position themselves as rational and best suited to determine what bigotry is; although, they are not regular victims of racism. These contradictions depend on long-held assumptions that women and POC are emotional, lacking intellect and reasoning. Every time White folk defend each other and blame POC for being “too sensitive,” they reproduce their own racist whiteness. 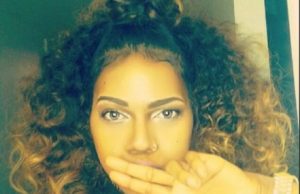 White liberals recognize oppression mostly when the victims look like them. For example, I routinely speak with Whites who empathize with their middle class LGBTQ friends (mostly gay and lesbian), while offering little on Black and other POC queer lives. People had complete ire (now turned to mockery) toward Kim Davis, the Kentucky county clerk who refuses to issue marriage licenses and compassion for those turned away at her office. At the same time this story headlined, alternative media outlets like Democracy Now and Mother Jones reported the terribly high murders of transwomen, mostly of color. Sadly, by November 2015, there were approximately 22 reported murders. Even if the media humanely provided coverage for the murders of people like Zella Ziona, Kiesha Jenkins, and Keyshia Blige, the reactions would not be comparable to some of middle class White males seen at Kim Davis’ office.

Many Whites who purport to be dedicated to social justice find homophobia an “easy” oppression to resist. They do not feel guilty of or implicated in perpetuating anti-queer sentiment, like many do with racism. Behind White guilt is fear that one might be labeled a “racist,” which a horrible stain on a person’s character. To be racist indicates an inability to logic, which severely betrays notions of White rationality. In short, to be racist is to be stupid. Interestingly, it is almost as if bigots are disgraceful not because they harm people of color, but more so because they are unintelligent. Likewise, if you are properly White—educated, well-intentioned, and not poor—you are not homophobic. The existence of homophobia has served as ammunition to dodge examining White privilege. That Whites can be victims of anti-queer sentiment is reassuring to many who feel it is unfair that they are commonly grouped as oppressors. Therefore, any earnestly progressive movement must include identifying how Whites are assumed to be open automatically to LGBTQs and how “homophobia” has been weaponized against people of color.

Many White liberals cannot admit that they benefit from racism. They need to feel that racism is either historically far from reach or malicious present-day violence, both of which lets them off the hook. Academics are equally culpable. I have talked to many in the humanities who often know about race and power so well that they bestow their knowledge to apparently unaware POC. These academic White folk, Marxists and Foucauldians versed in cultural theories, prefer to interact with POC as a “teacher” and a “savior.” Many scholars rarely acknowledge their own anti-Black bigotry, for to do that is locate themselves in the moral, intellectual, and social bottom. In this way, White people fear being positioned in inferiority, but of course are all too comfortable having Black people reside there.

White liberals do not use their social “awareness” to confront racism, despite acting as if their whiteness confers some type of intellectual authority. Liberalism instead operates as the political right’s enabler, the place of racism’s more creative subtleties. The violent radical right informs tragedies like Dylann Roof’s June 17 terrorist attack at the Charleston’s Emanuel African Methodist Episcopal Church, and White liberalism snuffs out the possibilities of real outrage. I grow tired of the White quiet and those statements that betray Black humanity: “It’s so sad about Tamir Rice, but how could the police know it was a toy?” I do find it hard to believe that everyone who spouts such ideas wholly stands firm to hate. I believe many justify their own confusing indifference to Black humanity. Of course, media outlets refuse to humanize victims of police assassinations, and instead viewers are asked to find the Black dead guilty before their blood dries in the cement. But most Whites do not examine the facts about these murders because to do so would require them to ask why these murders do not happen to their friends and to their friends’ children. And those questions would require them to face the facts of White privilege. That is too difficult a reality. Not to mention that to speak out against the police might mean uncomfortable debates with family and friends. White people must see empty White rage whether in police killings, at Trump rallies, or elsewhere, as not separate from their world, but rather a part of it. This rage is scary and repugnant, but a historic part of American whiteness that should be challenged and dismantled. This all proves too much work. Stony silence is not only one of liberalism’s anti-Black practices, it is also just easier. 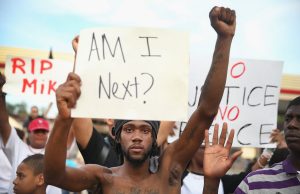 Racism’s intended target is POC, but it is not our job to rid society of such violence. Every time a White person says, “teach me how to do better, because I just don’t know,” they demand our labor. Liberal White people are invested in their own privilege, and it is essentially their task to rid America of its social cancer, everything from violent acts to their own quietness, and all the variations of evil that come in between.

I do not want this discussion to imply that Black people are waiting eagerly outside liberalism’s door to be let into White spaces. That Black folks shirk harmful spaces is even more reason for Whites to take active anti-racist stances, especially if their political ideologies are at all concerned with social justice (and I’m not convinced they are). Rather, I want to interrogate why White people had more to say about Cecil and Kim Davis than Sandra and Tamir. It is Whites who really must do that work. Black absence from these spaces is neither an accident nor Black folk’s fault, and thus, White liberals must take responsibility for this exclusion and embrace the vulnerability of being wrong. 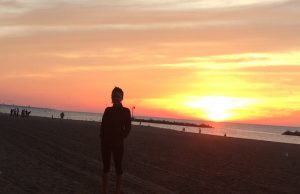 RaShelle R. Peck grew up in Kalamazoo, MI, and now calls Detroit and Columbus, OH her homes. She earned a Ph.D. in Comparative Studies, and her research interests include Kenyan popular culture, U.S. gender and performance studies, hip hop, feminist studies, ethnic studies, Afrofuturism, postcolonial theory, and African cultural studies. Currently, she is the Director of the Afrikan Heritage House and Faculty-in-Residence at Oberlin College.