Personal Is Political: Let’s Talk about Herpes – The Feminist Wire 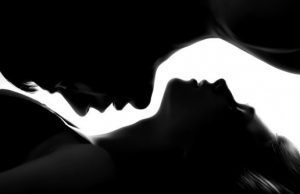 I was just starting my senior year of college when I met Jack. He was cute, intelligent, and well-known on campus for being an all-around “good guy.” We shared an off-color sense of humor and a love for Bruce Springsteen. The excitement of the academic year to come paired with what seemed like this blossoming romance had me riding high. Then, one Saturday morning, I woke up in enormous pain. Knowing something wasn’t right, I called my best friend for some moral support before driving directly to Urgent Care. It only took one glance from the doctor to confirm my growing fear. I had genital herpes (HSV).

Approximately one in five Americans over the age of 14 has genital herpes. Few people openly discuss their status, because it is so highly stigmatized. The shame accompanying a diagnosis is generally far greater and lasts far longer than the physical effects of the virus. What’s astounding is that something with such minimal health ramifications can elicit such debilitating shame.

Not yet fully informed of the scope of the virus, I was devastated and scared for what this diagnosis could mean for my future relationships. At the same time, ever-committed to finding the silver lining, I hoped that this new development might strengthen my relationship with Jack. After all, he could have easily given it to me without even knowing. Up to 90% of people who have HSV are unaware of their status, because their symptoms are so mild. I saw no other option than to do the right thing and disclose to him the facts that he had the right to know, no matter how scared or ashamed I felt. I met up with Jack outside the library for what would be my first “talk.” Unfortunately, our conversation didn’t go as I imagined. When he confessed that he already knew he had genital herpes and had been completely aware that he was exposing me to it, I felt deceived and outraged. In that moment my confidence plummeted. The deceit, I realized, was far worse than the physical side effects of living with a chronic sexually transmitted infection (STI). Unfortunately, this type of non-consensual behavior is all too common.

Like Jack, I could have dealt with this diagnosis through denial, choosing not to discuss it or accept it as a part of my life. Instead, I learned to embrace it, discuss it with my family and friends, and disclose it to my sexual partners. This was initially terrifying. However, the prospect of having these conversations has gotten easier with time and no longer produces the same anxiety. As I became more comfortable with having herpes, I was able to better understand how the STI stigma was partially responsible for Jack’s lack of communication. He did what he did because he was afraid, and he’s not alone in that fear. 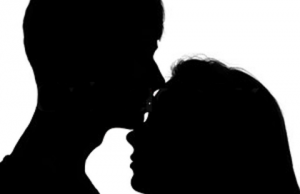 My frustration with our society’s inability to discuss sex in a comprehensive and non-stigmatizing way led me to focus my master’s research at Clark University on the effect that the genital herpes stigma has on partner communication. I gathered data from a sample of more than 350 people living with genital HSV. 83% of respondents indicated that it was important to them to disclose their HSV status before sexual contact. 43% of that same group, however, failed to disclose their STI status to at least one or more of their sexual partners. Shame, a derivation of fear, leads so many people to hide their status and, in doing so, contributes to the spread of HSV. 94% of my participants said they felt either strongly or moderately ashamed of their HSV status immediately following their diagnosis. For the first month or two after I contracted herpes, I also felt that shame. In spite of my fear, I continued to pursue new relationships, and I soon realized that herpes wasn’t a deal breaker.

While it is the responsibility of those of us living with herpes to disclose our status to our sexual partners, comprehensive and shame-free sexual education could ease these conversations. The bottom line is that sexual education programs in this country are radically insufficient. A recent study on sex education in U.S. schools found that less than ⅕ of middle schools and less than ½ of high schools provide the 16 basic benchmarks of sexual health education recommended by the Centers for Disease Control and Prevention (CDC). Yet, these benchmarks aren’t even at the level we should be striving for. Sexual health classes are designed, in part, to teach students how to protect themselves from contracting STIs. By using fear-mongering tactics and ignoring the fact that over half of all the Americans will contract an STI at some point in their life, sexual health classes can end up perpetuating this stigma.

Formal sexual health education has left those of us living with STIs responsible to fill in this educational gap while simultaneously fearing the repercussions of STI stigma. For instance, according to the CDC, the best way to lower one’s chances of contracting HSV for sexually active individuals is to be “in a long-term mutually monogamous relationship with a partner who has been tested and has negative STD test results.” However, this emphasizes avoidance of people with STIs and rationalizes devaluing and rejecting those with a positive STI status. Effective education programs must recognize that STIs are common and, in doing so, promote honest communication. Sexual health programs could play a critical role in normalizing STI presence and teaching young people how to talk about these difficult topics. Not one of my partners since my diagnosis asked about my sexual health status until I broached the topic. We must de-stigmatize conversations about sexual health by teaching from an early age that not only should these conversations be standard but also that STIs are a normal and common byproduct of being sexually active.

In a world where STI stigma is so widespread, we need to demand sex education from our schools so that there is an expectation of open and honest communication between sexual partners. While I’ll never know if my experience with Jack would have transpired differently had we both had more comprehensive sex education, I think it’s likely that our brief romance may have had a different outcome. 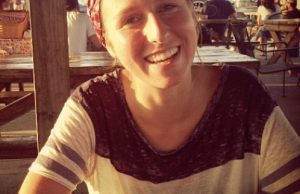 Mikayla recently completed her Master’s degree in Community, Development, and Planning at Clark University. Her research and professional interests focus on sexual health and reproductive justice. She currently works at AIDS Project Worcester as an outreach educator and advocate where she leads workshops on sexual health and provides linkages to services to individuals experiencing homelessness and struggling with addiction.