EMERGING FEMINISMS, Where are the Brown Women At? – The Feminist Wire

Home / Activism / EMERGING FEMINISMS, Where are the Brown Women At?

EMERGING FEMINISMS, Where are the Brown Women At? 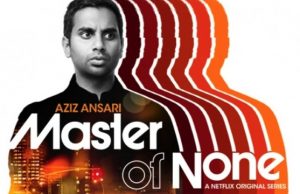 Watching the show Master of None inscribed a sense of self-worth in me. My identity was relevant enough to be represented on mainstream American television: a Tamilian whose parents embodied the narrative of coming to the “land of opportunity” with little money in their pockets and little English in their vocabulary. They managed to persevere through the discrimination and alienation they encountered with the well-being of their kid in mind. It’s a narrative that many Asian children encounter, as a reminder to be dutiful and studious in their academic pursuits.

Aziz Ansari is a Tamil comedian who had a lead role in Parks and Recreation, and created, writes, sometimes directs, and stars in the show Master of None. I love Aziz’s engagement with sexual harassment and sexism that women confront all the time. He dedicated an episode, “Ladies and Gentleman,” to discuss the ways in which women experience nuanced forms of oppression—whether it the insecurity of walking home alone or the death threats they accrue on their Instagram accounts. I love the racially and ethnically diverse cast, roles including a black lesbian, an East Asian guy, some other Indian dudes, and his Tamil parents (played by his own parents). Four episodes in, I wanted to invest in Aziz. My broke college self took the bus to Barnes and Noble and purchased his book Modern Romance, reminding myself I was spending this thirty bucks to support brown. But when I got back home, I continued watching the episodes and slowly got exhausted. Exhausted because I supported him, but he didn’t support brown women.

My entire life I’ve been witnessing brown men scrutinize the likes of brown women—I tell myself that brown women have pigmented scars because they encapsulate both our physical and emotional pain and rejected by our people.

Aziz was asked on Reddit, “How come Aziz is shown dating mainly white women?” His response:

So cool people talking about this kind of stuff and having all the conversations about race, etc. since the show premiered. As far as Rachel (and other love interests too), we didn’t set out to cast someone white and auditioned people of all ethnic backgrounds, and wanted to cast the person I seemed to have the best chemistry with to sell this huge relationship arc. In the end, Noel blew us away. And, for the writing, I’m pulling a lot from my own real current relationship, which is with a “white” person – so we can do interesting scenes like the scene in 109 (Mornings) about the parents (which many South East Asians have told me really resonated with them and they’d never seen an interracial relationship depicted this way in tv/film before), or the awkwardness of the beginning of 110. For the others, there was Claire Danes, who is a friend and a fucking legend in my book, so we were psyched to collaborate. And Nina Arianda just killed us with her Cartman impression. Anyway, I’m a fan of all these conversations and there are interesting nuances in both interracial relationships and relationships between two Asian people — if we get a second season it’s definitely an interesting topic to address.

Bottom line – if we did a hundred episodes, we definitely wouldn’t have Dev date a hundred white women a la Jerry Seinfeld in the hit television comedy Seinfeld. Race and dating is an intriguing issue that Alan and I have talked about in real life. Example: Alan really did have a white girlfriend’s mom that hugged him more time in one dinner than his entire family had his whole life.

It’s really remarkable to me that the East Asian woman he cast to play the role of a date, played the woman who was using Aziz as a means for a free meal, and spoke two whole lines in the show’s series. It’s also remarkable that Aziz had the most chemistry with a white woman. It is as though brown women can never uphold the standards of desirability that white women uphold—even though their mothers are brown and sisters are brown and grandmothers are brown. I shouldn’t have to make arguments about how brown men should consider brown women worthy due to relativism, but that is always what I am left to do. Straight, cis-men have historically been depicted to admire a significant other who is submissive and invested in taking care of them. White women are continually portrayed as being the ones to fulfill those standards while also being physically attractive.

These presentations reveal that brown women don’t have the ability to be carefree. From a young age we were told that we were too hairy, smelled like curry, and we weren’t pure enough. And then 9/11 happened, where we went from the periphery to the forefront of the American consciousness because we collectively mutated from a model minority to a national security threat. I am constantly worried about adorning a bindi in the mainstream because of threats of violence I have experienced in the past, or being attacked because of my skin, which resembles both safeties for the communities we care for, but also resembles terror. So when Noel Wells played Aziz’s carefree white girlfriend, I saw something that I probably won’t ever have—the ability to be carefree. I can’t be carefree, because I constantly have to be concerned with my survival and my adhering to respectability standards to have safety within my own South Asian community.

I’m looking through endless tweets when I search the words “aziz ansari brown girls” and see brown girls asking similar questions of and about Aziz Ansari since 2010:

“i cannot wait to see @azizansari tonight. To be honest, he’s the only reason i’m watching the @mtv awards this year.think he digs brown girls?”

“@azizansari are you down w brown girls? Because if so, you can get it… #askaziz”

In these examples, brown women need for clarification from brown men about whether Aziz is romantically interested in a brown partner, whereas many white women are able to make the assumption they are inherently desirable. Growing up, I repeatedly saw images of Kate Upton, Jennifer Aniston, Gwyneth Paltrow, and then I saw the token brown girl, Aishwarya Rai, who has extremely Eurocentric features and is somewhat ethnically ambiguous. These images resonate with us when we attempt to interpret what is beautiful and what is not. These images ultimately inform our dating interests. These images of white women are reproduced so frequently as what we should aim to be, and thus, are also the standard of what is attractive and desirable. If we do not fulfill those standards in some way, we are exotified as Other, become palatable, and are either disposed of as a potential romantic interests or are considered suitable merely for the means of sex. These are the realities of South Asian women in America—convincing brown men that we are worthy of their investment and our humanity should be a consideration of theirs.

To complicate it further, Mindy Kaling’s homogeneous pursuit of white men and Priyanka Chopra’s relationship with a white man on the show Quantico continue the narrative of white desire and are up for further scrutiny. It is devastating that, although there is now South Asian representation on mainstream television, love is presented as a white ideal.

We continue to ask: where is the South Asian representation of love?

Mirusha Yogarajah is a fifth year majoring in Government and African and African Diaspora Studies at the University of Texas. She has previously contributed to The Feminist Wire and produced written works about her research in Rio de Janeiro, Brazil, Bluefields, Nicaragua, and the gentrification occurring in East Austin. She is the co-founder of Unfair and Lovely, and likes hip hop, cheese plates, and $3 Trader Joe’s wine. She is pursuing a Master’s in Public Policy at the University of Toronto in 2016.