I do not meet June Jordan. I encounter her. The way one encounters what one cannot see- force, cosmic energy, the way, I imagine, planets, stars, other constellations encounter each other; by way of light, vibration, cruising the other’s orbit. I do not see her come in.

It is a Sunday in 1978. Gwendolen Hardwick and I are hosting our Flamboyant Ladies Theatre Company salon in the apartment we share on Central Park West in New York City. We conjure a black literary, an artistic, salons and rent parties of the Harlem Renaissance in the 1920s.That women who pleasure other women are known to inhabit. So women are talking, eating, posing, drinking, and flirting. The unseen does not come in like others: through the door, dropping a coat or jacket over the nearest chair, looking around for familiar, or to be introduced to so-and-so. The unseen announces itself as, simply, present.

So there is June Jordan. In intimate, lustful embrace with another woman I also do not know. She manifests as I need her to at this time in life: black and female and sexual outlaw. 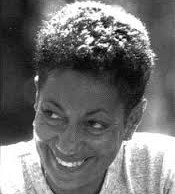 June was the consummate poet. She also wrote essays, children’s books, plays, and fiction. She wrote for The Nation and The New York Times. She was a firebrand. I had a crush on her and wrote bad erotic about it. She accepted the ones I shared with her, in the moment, kindly. Her willingness to let me stumble, and grow, and be in her life, resulted in a signature piece I wrote for Essence Magazine, “June Jordan: Making Poetry Like Bread,” published in the magazine’s April, 1981 issue. Accompanied by Sara Miles’s photograph of June and her dreadlocked hair then, the piece wound through her life as a black woman writer who’d come to confront the terrible vulnerabilities of those identifications, and understood them as “sovereign.”

She believed in black peoples. She supported Jesse Jackson for president in the 1980s, and she would’ve been beside herself witnessing Obama’s rise to the Oval office. Two terms of the Obamas and their daughters, what. I’m sure she would be writing about all that black prettiness and black love and panther-like patience in the White House; that black cool, part intelligence, part aesthetic, part trickster, part mask.

She went on to do her other work, in the spirit world. We need to do ours; read the tracks she left behind, the footprints she made and then stepped out of. 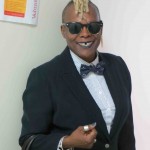 Co-Founder of The Center for Poetic Healing, a project of Lyrical Democracies (lyricaldemocracies.com) with Kathy Engel, and of the Flamboyant Ladies Theatre Company (with Gwendolen Hardwick), ALEXIS DE VEAUX, Ph. D., is an activist and writer whose work in multiple genres is nationally and internationally known. Born and raised in Harlem, New York City, Ms. De Veaux is published in five languages-English, Spanish, Dutch, Japanese, and Serbo-Croatian. Her work has appeared in numerous anthologies and publications, and she is the author of Spirits In The Street (1973); an award-winning children’s book, Na-ni (1973); Don’t Explain, A Song of Billie Holiday (1980); Blue Heat: A Portfolio of Poems and Drawings (1985); Spirit Talk (1997); An Enchanted Hair Tale (1987), a recipient of the 1988 Coretta Scott King Award presented by the American Library Association and the 1991 Lorraine Hansberry Award for Excellence in Children’s Literature. Ms. De Veaux’s plays include Circles, (1972); The Tapestry (1975); A Season to Unravel (1979); NO (1980); and Elbow Rooms (1986).

She also authored Warrior Poet, A Biography of Audre Lorde (2004). The first biography of the pioneering lesbian poet, Warrior Poet has won several prestigious awards including the Zora Neale Hurston/Richard Wright Foundation Legacy Award, Nonfiction (2005), the Gustavus Meyers Center for the Study of Bigotry and Human Rights Outstanding Book Award (2004), and the Lambda Literary Foundation Award for Biography (2004). In other media, Ms. De Veaux’s work appears on several recordings, including the highly-acclaimed album, Sisterfire (Olivia Records, 1985). As an artist and lecturer she has traveled extensively throughout the United States, the Caribbean, Africa, Japan and Europe; and is recognized for her on-going contributions to a number of community-based organizations. She was named “Best Literary Artist” for 2005 by Buffalo’s premier cultural newspaper, ARTVOICE. In 2007 she was awarded a “Literary Legacy Award” from Just Buffalo Literary Center for her lifetime commitment to literature and literary advocacy.

Ms. De Veaux was a member of the faculty of the University at Buffalo, Buffalo, NY, 1992-2013; teaching, most recently, as an associate professor of women’s and gender studies in the Department of Transnational Studies. Recently back in New York City, she completed a novella, Yabo, published by Redbone Press (2014) and winner of the 2015 Lambda Literary Award for Lesbian Fiction. At present she is a member of the U.S. delegation to the “2015 Feminist Artists, Activists, and Academics: Crossing Black Geographies” dialogues, co-sponsored by NYU Gallatin School of Individualized Study and Inkanyiso (South Africa), to take place in Durban, South Africa, in November.