A Legacy of Resistance – The Feminist Wire

Home / Academia / A Legacy of Resistance

A Legacy of Resistance 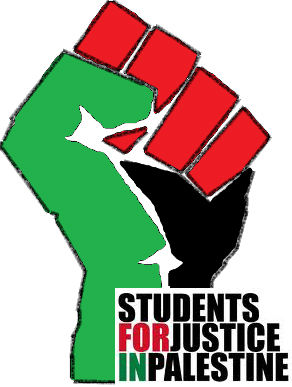 In the past decade the struggle for Palestinian liberation has grown steadily. The launch of the Boycott Divestment and Sanctions (BDS) campaign in 2005 birthed an international movement, which trickles through every sector of society, calling for an end to Israeli occupation. As more and more companies divest from Israel, and artists and academics boycott the apartheid state, a decisive shift in public discourse has become apparent.

As with any liberation movement, strides made in the struggle create rash and panicked responses from systems of domination that see their power and influence threatened. In the past decade alone, Israel has launched three major attacks on the Gaza strip, often referred to as the largest open air prison, killing thousands of civilians, hundreds of which are children. Internationally, pro-Palestine activists are slandered, silenced, and subjected to harsh criticism and surveillance. As Israel continues to spew propaganda through it’s Brand Israel program, radical pro-Palestine activists use student organizations and community groups such as Students for Justice in Palestine and Jewish Voice for Peace as modes of resistance and mobilization in order to continue the push for freedom. 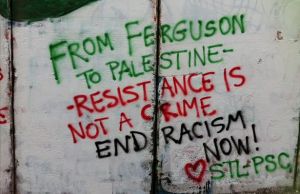 The state of Israel has also responded to criticism by repressing and silencing activists. It opportunistically paints any opposition to Israel as anti-semitic, thus diminishing the impact of anti-semitism that unfortunately continues today. For this reason, the fear of vocalizing opposition to Israeli hegemony has forced activists and intellectuals to often remain silent in the public arena, leaving mainstream media outlets to continue promoting to audiences the false conception of Israel’s victimhood. At a time when vocalizing dissent is dangerous and isolating, there still exists those few who choose to speak up, risking their personal safety along with their careers and reputations. These voices in the present harken back on the legacy of radical activists from the past—a time when activists who vocalized dissent to Israeli oppression were met with violent resistance and empty audience halls. Of these audacious individuals who dared to resist structures of oppression, June Jordan is an exceptional case.

June Jordan is known for her radical poetry and scholarship on black, feminist, and queer politics. She made a name for herself as a black radical early on in the sixties and seventies. She wove together her words to narrate stories of injustice and persecution, stories that transcended boundaries erected to divide, conquer, and subdue those fierce individuals refusing to submit. Her work reflects her own experiences growing up in Harlem, and then later teaching in the Bay Area. She is an example of a politically committed artist whose work transcends the realm of academia. Her work rages against oppression in all its forms.

Through her scholarship and poetry, she was an avid and vocal supporter of Palestinian liberation, never letting the mainstream American political discourse steer her away from the liberation struggles she professed. Her expressions of solidarity transcended geographical boundaries. She personified internationalist solidarity.

Jordan’s work should be remembered as mode of resistance, a cry for revolt, a voice that slashed through the many structures created by the ruling class to maintain silence and obedience. It is this voice that gave attention to the plight of Palestinians in 1982, during the Israeli invasion of Lebanon, the Sabra and Shatila massacre, and again in 1991 and 2000, during the first and second Intifada (Palestinian uprising). Among the few who refused to be silent about the Israeli occupation, despite the harsh and often violent criticism and backlash they faced, Jordan was one of the fiercest and most outspoken.

When Americans were uninformed about the troops who massacred over 700 Palestinian refugees in Sabra and Shatila, Jordan spoke out. When Palestinians were deemed violent terrorists because they dared to resist Israeli apartheid in the first Intifada of 1987, Jordan refused to accept the dominant narrative of the oppressor and voiced that Palestinians rallying and mobilizing should be championed and embraced. When Palestinians launched another uprising in 2000 to demand an end to Israeli domination after years of failed peace talks, Jordan tied the struggles of Palestinians with the struggles of Black Americans in the US. Amidst American complacency and disinformation, Jordan refused to be silent.

In another piece, “Intifada” (1991), Jordan draws on the Palestinian uprising of 1987, in which Israeli Defense Forces adopted the Broken Bones Policy in response to international outrage at the number of Palestinian children killed during protests and clashes. The uprising was a Palestinian call for liberation, a proud moment of refusal to submit.

The village trembles from the heavy
tanks that try
to terrify the children:
Everyday
my little brother runs behind the rubble
practicing the tactics of the stones
against the rock.
In January soldiers broke his fingers
one by one. Time has healed
his hands but not the fury that controls
what used to be
his heart (408).

Her words run deep, trickling through layers of Israeli propaganda and lies spoonfed to American audiences of CNN and FOX News. She wove truth into her poetry, giving it the power to bring to life the Palestinian struggle, suppressed beneath layers of rubble, beneath misconceptions and illusions of false victimhood, and spewed repeatedly by American and Israeli powers. When silence was convenient, Jordan challenged the passivity and ignorance of American audiences.  Jordan writes in “Apologies to All the People in Lebanon” (1989),

I didn’t know and nobody told me and what
could I do or say, anyway?

Yes, I did know it was the money I earned as a poet that
paid
for the bombs and the planes and the tanks
that they used to massacre your family

Jordan’s work on Palestine focuses on the livelihood and experience of Palestinians enduring occupation, massacre, and oppression. She was less interested in the different political factions that took part in shaping, and reshaping, the axis of the political struggle; rather, her work was a vocalization of the atrocities committed against victims of the horrendous project of ethnic cleansing and occupation which extends to today. Her perspective and approach to ending the Israeli occupation reflects that of the BDS campaign. BDS is now the major Palestinian-led movement, rooted in non-violent resistance to Zionist settler colonialism, that aims to exert international pressure on Israel to recognize basic Palestinian rights. It is a movement inspired by the anti-apartheid struggle in South Africa, and reminiscent of the US civil rights movement. It is a continuation of past struggles against apartheid, segregation, and oppression, and for this reason, it is a vital strategy and the next step forward for liberation. 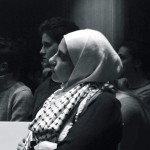 Sumaya Awad is a student activist completing her senior year at Williams College with a degree in History. Of Palestinian origins, Sumaya grew up between Jordan and the United States. During her time at Williams, she has led the Students for Justice in Palestine chapter at the college, and through various summer fellowships has done extensive research on the Palestinian diaspora community. Currently, she is working on a historical novel on the massacre that took place in the Palestinian village of Tantura in 1948. She has worked closely with refugee and migrant communities in the Middle East, Eastern Asia, and South America and hopes to deepen her commitment to refugee and migrant communities by pursuing a postgraduate degree in law.