By Guest Contributor on February 4, 2016

Last year, I visited the San Francisco State University (SF State) Student Health Services center to receive testing for sexually transmitted diseases (STDs). As I walked into the dilapidated building, I began to rehearse my answers to the questions the doctor would calmly ask. “How many sexual partners have you had in the past year?” “Do you use a condom?” “Male or female partners?” To my surprise, my answer to the last question made my doctor uneasy. “Are you sure you only engage in sexual activity with men?” she asked. I hesitantly informed her that I also engaged in sexual activity with women in the past but that recently mainly men. She informed me that Family PACT, a program that waives the costs of STI and STD testing and treatment, only covers students who engage in reproductive sex. Shocked, pissed, and frustrated, I began to wonder what this meant for students who only engage in same-sex relationships. It became clear to me that two possibilities exist for gay, lesbian, and queer students: either lie about your sexuality or pay for the services.

Family PACT justifies their refusal to serve students engaging in non-reproductive sex by centering on “family planning” rather than sexual health. The problem with this argument is two-fold:

First, this logic creates a hierarchy of sexualities in which being straight remains at the top and the most deserving of additional services while any other sexuality falls outside of the program’s purview. And not only does it create a hierarchy of sexualities, it creates a hierarchy of sexual acts. This is obvious in that it does not cover any form of rectal STD and STI testing even though many straight couples engage in anal sex. To make matters worse, the Health Services center has stopped providing rectal STD and STI testing altogether, which means that students are unable to receive these tests even if they are willing to pay. In other words, Family PACT and SF State prioritize “respectable” and reproductive sex acts and therefore fail to provide holistic sexual health services to students.

More covertly, Family PACT also puts doctors in a precarious position to judge students on their gender performance as a way to police their sexuality. I learned this during my last visit when my doctor informed me that all documentation kept by the clinic identified me as gay even though I had informed my doctors that I had engaged in sexual relations with both men and women in all of my previous appointments. This type of discriminatory profiling, which leads to student inaccessibility of basic health services, fails to comply with the CSU’s non-discrimination policy, which states, “The California State University does not discriminate on the basis of sex, gender, gender identity, gender expression or sexual orientation in its programs and activities.”

To be clear, I am not arguing that clinicians and health specialists working at the Student Health Services center at SF State should be fired. This would ignore the under-staffed nature of many of these health care clinics. Nor am I arguing that sexual health services are the only thing lacking from our current university health care model. But rather, I want to point to the structural and administrative issues that promote such a myopic view of what it means to provide basic health services.

On April 28, 2005 former CSU Chancellor, Charles B. Reed, sent a memorandum to all CSU presidents that detailed Executive Order Number 943, which would clarify and expand on Executive Order No. 814, which was the previous CSU policy on university health services. Detailed in this memorandum are the “Required Basic Student Health Services” that a CSU campus must offer their students. Missing from this list is any mention of sexual health services. Rather, the policy demands universities to offer “the provision of family planning services, consistent with current medical practice excluding surgical procedures.” Here, we see the governing body of the largest four-year public university system in the United States using the exact same rhetoric of “family planning” that is being employed by Family PACT to exclude students not engaging in reproductive sex from receiving free sexual health services. This means that the CSU, a system of twenty-three campuses that serves more than 400,000 students, supports and employs heteropatriarchal policies that reject thousands of students seeking health services. In short, the CSU is explicitly promoting an inequitable health care system.

The CSU’s conceptualization of what “Basic Student Health Services” should consist of is based off ableist, transphobic, heteropatriarchal, sexist, and racist logic. Nowhere in the policy is there a call for mental health services. Such an oversight is based off an ableist assumption that disability is always visible. Such stigma surrounding mental illness forces many students to dropout. Additionally, the inequality promoted by the CSU also traverses gendered lines. Trans health care does not appear anywhere in this policy. Trans students are still subject to receiving counseling and psychological services from staff unaware of the ways in which gendered norms affect students. Further, trans students’ identities continue to be disregarded upon entering school clinics. Ultimately, this policy, and the CSU system, support transphobia.

The exclusionary principles of the CSU’s policies place low-income students, who are oftentimes students of color, in particularly unsettling positions. Upon entering the university, many students turn to their university health clinic for a safe and affordable health care provider. Students with disposable income may be able to seek outside health services, but students with limited resources experience extreme barriers in locating an accessible and affordable clinic. Considering that many students already experience forms of anxiety when they enter a health service center to receive testing and treatment, such disparaging programs often discourage students from receiving any form of health care. Restricted access to health care often leads to student dropouts. Therefore, through the inequities of this health policy, CSU is pre-determining the failure of students who do not conform to dominant identities of white, able, heteronormative, and cisgender students who have access to wealth. In short, CSU’s health policy promotes an inequitable system that has serious consequences for the CSU student population.

Although every university student’s experience differs, this is not an issue that only affects “some students.” Our universities do not hold any value unless the students attending them have the capacity to contribute the energy, time, and passion necessary to promote positive social change. An inequitable health care system disallows students from doing this. As peers, we can no longer remain divided and competitive; we must forge alliances to transform our school structures. Only through such collective action can we engage in transformative solidarity and have the power to promote radical change. I believe that it is time for us to consider the ways in which our universities implicate us in an inequitable system that forces some students to dropout and allows others to graduate. It is time for us to fight together for an education that centers on students and belongs to everyone, not just the administrators. It is time for all of us to take back our education and demand justice. 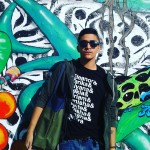 Chris Arreola is a fourth-year undergraduate student attending San Francisco State University. Chris is a queer, Chicano activist scholar who is majoring in English Literature and Women and Gender Studies. They are currently the president of Feminism in Action at SF State and a CSU Pre-Doctoral Sally Casanova Scholar. You can find more of their writing at chrisarreola.com