“That girl doesn’t have an ass.” The words hurled through the thick, humid air as if lobbed by a knife-thrower and struck me for reasons I couldn’t quite place at the time, reasons deeply rooted in my struggle to navigate my identity and subjectivity. My journey of self-definition has been a long and painful one that is nowhere near finished, fraught with fear of not belonging and comments made by peers negating my existence, dissecting me by claiming that I “don’t count,” their focus on my parts rather than my whole.

I was never “Black enough” to sing, “Asian enough” to get As in math classes, or “White enough” to be shielded from accusations of acceptance based on affirmative action. Hence, I find myself challenging controlling images but relying on them to validate my identity. My story is not unique considering the many mixed race women who have asked themselves time and time again: “Am I __________ enough?” or who have been on the receiving end of “What are you?” too many times to count. In fact, these experiences are so common—yet so under-analyzed—that Justin Simien created the Twitter hashtag #DearWhitePeople in order to examine the intricacies of being Black in predominantly White spaces.

Through an examination of the 2014 film Dear White People based loosely on Simien’s experiences at Chapman University, I examine how the Tragic Mulatta construction makes it acceptable for mixed race women to become sites for White men to explore their fears of, and fascinations with, an eroticized Other. Such a practice perpetuates an investment in a black-white binary that essentializes mixed race people to “either/or” rather than “both/and,” which maintains the property value of, and investment in, Whiteness. Importantly, the construction of, and reliance upon, a black-white binary erases mixed-race identities and functions to mitigate the threat we pose to blending the color line. 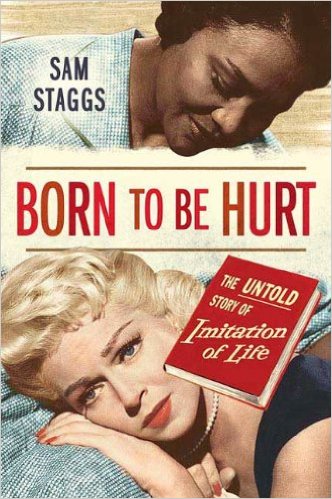 Born to be Hurt: The Untold Story of Imitation of Life by Sam Staggs. Photo courtesy of Macmillan Publishers.

In order to maintain the value of Whiteness, it is imperative to operate within a dichotomy that holds Blackness in opposition to an ethereal Whiteness. As argued by Cheryl Harris (1993/1996), the distinction between Whites and Blacks positioned Whiteness as a receipt of purchase over one’s identity. Only by proving “pure” Whiteness through family lineage could one make claims to the values attached to alabaster skin, “because allowing physical attributes, social acceptance, or self-identification to determine whiteness would diminish its value and destroy the underlying presumption of exclusivity” (Harris 284). In order to maintain the value of whiteness, lawmakers had to clearly demarcate the boundary of whiteness through legislation that defined race as “blood-borne.” For example, the one-drop rule, which categorizes anyone with traces of “Black blood” as Black. Such laws functioned so that “even Blacks who did not look Black were kept in their place,” making it much harder for mixed race people to transgress the exclusionary bounds of Whiteness through passing (Cottrol and Diamond qtd. in Harris 284). The one-drop rule also functioned to regulate interracial relations, warning that any mixed race offspring would not be able to escape their Black roots no matter how many comb tests they passed.

Furthermore, controlling images of the Tragic Mulatta and the Jezebel serve to impede miscegenation by pathologizing mixed race people as violent, sexually degenerate, and deeply disturbed by the internal tensions pulling from either side of a fixed Black-White binary. While mixed-race women’s fair skin carries with it notions associated with White femininity, her “tainted” blood carries within her veins a lascivious sexuality that rendered her “chastity a commodity […] valued precisely because it is presumed impossible to violate” (Zackodnik 2004: 15). Images of mixed race women as exotic temptresses silences the violence enacted upon them and, instead, places them under suspicion; they create a narrative in which victim-blaming of mixed race women is justified. Claims of sexual assault are easily swept under the rug because mixed race women are presumed to be sexually available. Dominant constructions of mixed race women’s sexuality as both threatening and tempting dehumanizes them to an exotic fetish. 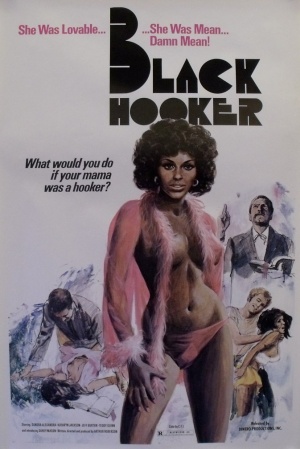 Not only did Whiteness allow for claims of self-definition, it also made claims over Black women and their bodies were exploited for the reproduction of greater slave labor. The 1662 Virginia colonial assembly dictated, “children got by an Englishman upon a Negro woman shall be bond or free according to the condition of the mother” (Higginbotham qtd. in Harris 279). The Jezebel trope was used to justify the rape of Black women slaves by White masters and it continues to inform constructions of mixed race women as sexually deviant, yet desirable.

By constructing the Jezebel as a “wanton, libidinous black woman whose easy ways excused white men’s abuse of their slaves as sexual ‘partners’ and bearers of mulatto offspring,” Whites were able to justify both the rape of Black women and the disownment of their consequent children without concern (Austin 1989/2003: 305). Like her mother, the Tragic Mulatta stands in opposition to the virginal, ethereal, and pure White feminine sexuality that defined perceptions of ideal womanhood. Thought to “prey upon [the men of] the pure-blood native race” and imagined as “the chief sinners” among Black Americans, mixed race women’s sexuality was considered even more dangerous and deceptive than that of the Jezebel (Reuter in Zackodnik 135). The Tragic Mulatta trope, then, is “deployed to ‘discipline’ white women” and used “against their ‘non-model’ counterparts, African Americans” (Cho 1997/2003: 351). The figure of the Tragic Mulatta simultaneously embodies both desirable and denigrated sexualities, and thus is an image flexible enough to be used as a tool of control over both White and Black women and concrete enough to be taken as “truth.” She has been constructed as needing to choose a side, to wear a mask of Blackness or Whiteness at any given moment, but is never allowed to show the ambivalence that resides inside her. 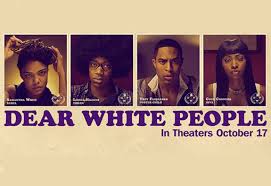 In Dear White People, the main character, a biracial woman named Sam White, struggles to answer the question: Do mixed race people have to check one box? Hiding her White heritage, she overcompensates her feelings of inauthenticity by leading the Black Student Union (BSU) and hosting a campus-wide radio show tackling issues of race relations at her predominantly White institution. Throughout the movie, we learn that despite Sam’s Afrocentric performance of Black femininity, she cranks it up to eleven for Taylor Swift and is even hooking-up with a White teacher’s assistant, Gabe, who she continually pushes away. In one scene, taking place in Sam’s room as members of the BSU hold their ears against her door, Gabe confronts Sam on her identity performance:

Gabe: “Have to pick a side? I’m so sick of your ‘tragic mulatto’ bullshit!”

Here, we see Gabe frustrated at Sam for consistently choosing BSU over their relationship, challenging her feelings of needing to “pick a side” while asking her to choose between him and the BSU members crouched outside. He assumes that he has a right to her identity, taking her performance of Blackness as a threat to him, and more broadly to Whiteness in general.

Through the Jezebel image, Black women have been expected to desire “sex relations with the men of the superior race” and are supposed to “feel honored by the attention of the higher class of men” (Reuter qtd. in Zackodnik 135). The Tragic Mulatta image constructs mixed race women as always reaching for the rung above them, cutting ties to their Black roots in hopes of obtaining Whiteness. Instead of being ashamed of her dark roots, Sam cultivates them, trimming away the edges she deems too light. By asserting that she is a Black woman, she resists the hierarchy that places Whiteness over Blackness, and thus threatens the foundations of White supremacy.

However, she simultaneously reinforces a fixed black-white binary. Sam’s performance of her sexuality reinforces images of mixed race women as fetishized and feared because it represents both an aggressive and denigrated Black feminine sexuality and a wholesome and chaste White feminine sexuality. For instance, throughout the movie, Gabe is constantly trying to get emotionally closer to Sam, but she has closed herself off from something more than physical with him out of her fear of being considered less Black for dating a White man. Much like the Tragic Mulatta image of the Twentieth Century, Sam is constructed as a sexually aggressive woman who is attractive and attracted to both Black and White male characters in the film—she has to choose between Gabe and a fellow BSU member, Reggie. Additionally, the Otherness of mixed race women as “different yet unknown” allows for them to be “perceived as more sexually accessible than a monoracial girl, that is, less protected by sexual and racial taboos” (Zack 1995: 177). While Sam performs Afrocentric identity, which brings her closer to Reggie, her fair complexion and family tree make her accessible to Gabe as well. In one scene in particular, Sam’s “aggressive” sexuality is emphasized as she quiets the complaining Gabe upon entering her room, pushing him down to his knees, taking control of the situation through sex, her pleasure coming first. Interestingly enough, Sam is much more shy around Reggie, who she only kisses once before ultimately choosing Gabe. While she performs multiple identities in the film, she eventually decides to put down the mic and takes Gabe’s hand to walk into the sunset with and away from her fellow BSU members. In the end, she chooses a racial side rather than complicating the bounds of Black and White, which would require her to straddle the line and asserting herself a mixed race woman. 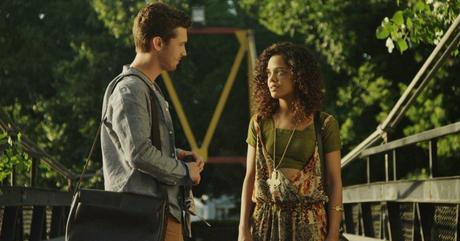 As Dear White People receives much deserved praise for its “diverse” representations of Black characters, the conversation on mixed race identity fails to be fully engaged with and must continue. The hypervisibility of mixed race women as video vixens, eroticized Others, or Tragic Mulattas flattens the complexities of negotiating a mixed-race identity within a Black-White binary. Rather than reinforcing this problematic binary with movies and TV shows in which characters have to “pick a side” or are placed within “colorblind” settings, we must demand that characters choose not to remain fixed within a singular identity performance. The tired tropes of mixed race women’s sexuality are not harmless entertainment, but have devastating consequences off-screen because they are translated to interpersonal relationships. We cannot expect the rate of mixed race women who experience sexual assault throughout their lifetime to decrease from 24.4% if the only representations of us onscreen are as exotic temptresses or Tragic Mulattas (RAINN).

Yes, it will take work to write messy, complicated, and thought-provoking stories of shape-shifting identities, but these narratives are beautiful, important, and deserve to be told. We are not tragic, but are powerful when we demand that our voices are heard. When our narratives are told in rich and compelling ways, we are seen in our multiplicity instead of flattened and fetishized to fit a White heteropatriarchal supremacist fantasy. 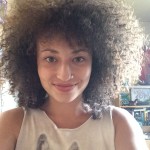 Jazlyn Andrews is a junior at Colorado College where she is pursuing a major in Feminist and Gender studies and a minor in Race, Ethnicity, and Migration studies. Although she is unsure of what the future holds, she is interested in continuing her education through Critical Media Studies.