Dreaming of a (Feminist) Revolution – The Feminist Wire

Dreaming of a (Feminist) Revolution

This is an offering for after “Super-Tuesday’s” outcome…when many of us are beginning to think that we will have to vote for Hillary Clinton as the only way to #Dump Trump.

I am a white anti-racist feminist. I do not think that a female president will make us less patriarchal, misogynist, imperial, or racist. Given the present policies of the U.S. government, I would prefer to not have a woman as a decoy for this thing the U.S. calls democracy.

It is also true that many who think “that it is time for a woman president” do not necessarily believe that this will change much for most us. But then I wonder why this is the case: that it matters and does not. I wonder: “what is a woman, exactly, anyway” in this particular moment. And, can it be made to matter more, particularly for Black and Latina and Asian and white anti-racist feminists? Like so many others of every sort, I find so much, too much, about this presidential election heartbreaking.

The not-so-hidden misogyny of this present election is that gender politics is subsumed with and reduced to Hillary Clinton. The various feminisms—like liberal, neo-liberal, radical, anti-racist, cis-gender, transgender, in all their varieties of color—are silenced and/or ignored. A lot has happened in the past forty years with feminsms, and Hillary’s candidacy has not kept up. 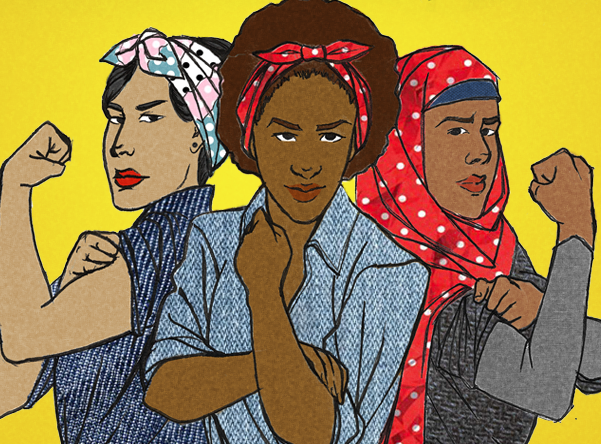 There are many feminisms today to choose between so when women—young and old, black and brown and white, hetero/cis/trans—do not seem enthusiastic about Hillary as the established choice, why the surprise? She is not running on a sufficiently complex feminist agenda. Who in their right mind today is not for equal pay for equal work? Family leave? Without greater transparency on the structural constraints of capitalist/hetero-patriarchy, this rhetoric rings hollow.

“What” does it mean to say it is “our” turn, “our” time!!!! Who exactly is included in this phrasing? Maybe “the” crucial moment has passed, if it ever was. There have been many women presidents across the globe—Chile, Liberia, India, Iceland, Argentina, and yet patriarchy, even if modernized, marches on. We have had women Secretary of States with no visible good effect for ordinary women at home or abroad in Afghanistan, or Syria, or Saudi Arabia.

Maybe the complicated world has changed in ways that has exposed the limits of electoral politics as either too reformist or not revolutionary enough for feminisms. Maybe younger feminists are on to something when they do not clamor for a woman—generic or not—for president.

There has been much said about younger women who do not support Hillary having not suffered the difficulties of the workplace yet. Once they do they will be on board, like their mothers, supporting a woman for president. But although this may sometimes be the case, I think something else is going on. It is called complex, multiple, feminist initiatives/alternatives.

So what might a revolutionary feminist look like today? She would have to challenge the very structure of racist/capitalist/ heteropatriarchy.

She would recognize that reproductive rights/justice are essential to any notion of democracy.

She would seek an end to exploitative labor in all its forms—waged, domestic, consumer, child-care, etc.

She would uncover the hidden silences of sexual violence in families, at workplaces, in war/s, and demand an end to misogynist terror/terrorizing.

She would require the abolition of the prison system and support restoration and rehabilitation instead of punishment.

She would argue for reparations for the historical and continued exploitation and oppression of Black people.

She would create a single payer health plan understanding that health care is a human right.

She would support feminist activists in Black Lives Matter, Say Her Name, Fight for $15, the reproductive justice movement, and One Billion Rising 4 Revolution, to name a few.

She would work on behalf of an end to all sexual, economic, environmental, imperial violence, towards individuals and the planet.

She would believe in and work towards an end to war as a means of politics.

She would open the doors of the U.S. to Syrian refugees along with the other refugees of the world. (With the ending of war/s there will be many fewer refugees.)

She will offer an open-heartedness as her method of justice.

What? You say this is impossible. That no one like this could ever become President doing these things. Exactly. But voting for someone because there is no other option is not enough. So, vote to keep the worst person out of office. But do not pretend that this frees you to do nothing else. My “corrupt” vote demands that I keep making noise, and dreaming/acting for revolution.

Go ahead. Call me irrelevant. Call me a dreamer. And I will call you defeated. 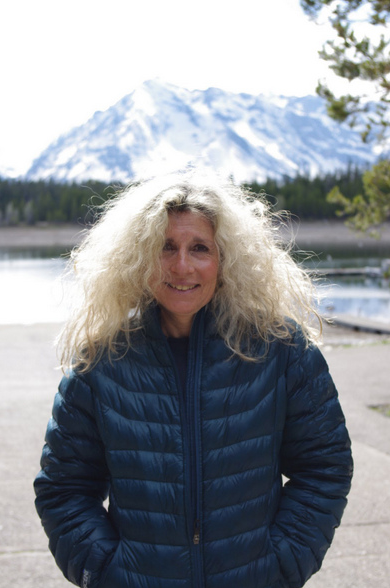