As a humble Afro-Caribbean, Bedstuy native, who is a product of black girl magic, socio-disadvantaged programs and extra-ordinary support groups, I write this in response to NYU’s Sexual Misconduct, Relationship Violence, and Stalking Policy; or, in other words to its “neoliberal, White feminist policy gone “unfleek”: the opposite of being nondiscriminatory and inclusive. Although this policy addresses various factors and definitions of consent, as well as offers additional guidance regarding incapacitation, it blatantly fails to acknowledge the complexity of sexual assault and gender-based violence in communities of color.

Forgetting that 3.8 percent of its population is made up of Black and Brown undergraduate bodies, NYU’s Sexual Misconduct, Relationship Violence, and Stalking Policy and “#BetterSexTalk” campaign pose danger to its marginalized students of color. Through “neoliberal, hipster-consciousness,” color-blind ideologies, and pseudo-diverse images of sexual assault, students of color at NYU continually face and are forced to confront the plethora of lies about violence, which are supported by our neoliberal, Predominantly White Institution (PWI).

Homogenizing our experiences by refusing to incorporate them into the sexual misconduct policy, NYU has violently swept under the rug the trauma I wear from sexual assault, particularly as a woman of color. NYU refuses to address the various complexities faced by students of color who are victimized by sexual violence in complex ways. As a neoliberal, White feminist institution, NYU is continually reminding me of my erasure and invisibly as a woman of color.

Not only has NYU experienced its own set of cultural amnesia and color-blindness, its Students for Sexual Respect group and the NYU Feminist Society (A.K.A. Taylor Swift White Feminist Group) neglected to call attention to the different ways in which sexual assault and sexual consent happen in student of color communities. In other words, even while the NYU “#BetterSexTalk” campaign “features head shots of NYU students representing diverse genders, ethnicities, and communities,” the creators of this campaign still fail to acknowledge how photos of “token” students of color and LGBTI (plus) students cannot fix most of the problems faced by the university’s marginalized people of color communities.

In addition to not having mandatory trans-national diversity courses for incoming students that would academically address the inequities faced by people of color both inside and outside of NYU global sites, this university needs to come to terms with its neoliberal, capitalistic, masculinist regime that continues to uphold the erasure of marginalized communities of color. Until this happens, NYU will continually be reminding its students of color that the intersections of race, class, gender, sexuality, nationality, and ability are meaningless and unimportant. Clearly, this PWI refuses to contend with the grievances faced by its marginalized students of color.

The University of Michigan student life webpage, however, mentions how, “sexual violence committed against women of color is often seen as insignificant and/or acceptable and is justified by stereotypes of women of color that serve to portray these women as ‘unrapeable.’” To some degree, the University of Michigan acknowledges how multifaceted sexual assault and consent is for communities of color. Growing national campaigns, like “SlutWalk” and other neoliberal, White Feminist run movements, ignore the ways institutional violence is used against people of color, especially trans and cis women of color. The violent usage of erasure and color-blind politics are silently becoming the norm in the academy. Particularly since “rape culture targets all women, but due to white supremacy, economic disparities, [transmisogyny], [ableism], and heterosexism, some women face the threat of violence more frequently,” it is pertinent for NYU to address the complexities of sexual violence, not only as gender-based, but also focusing on various intersecting identities.

For instance, as a woman of color who constantly feels erased and tokenized for attending an elite, White institution, my social culture does not reflect the “drugged up,” alcohol party scene that is often associated or attached to most PWIs. Still coping with the racism and sexual assault of my past, I distrust anything “white-run” or in this case, run by neoliberal, white-feminist institutions, like NYU. Though cognizant that other marginalized people of color at NYU may or may not share the same sentiments as me, this neoliberal, White feminist run institution needs to realize how marginalized bodies of color

at hospitals or police stations[…] [are] treated with less respect or less priority than White women and face even more victim-blaming [like the death of Sandra Bland] and disbelief than White women do at the same institutions. If women of color do choose to seek counseling, they risk facing racism within the system of sexual assault counseling or […] they face a system whose primary clients and therapists are White women, many of whom may not be educated about special concerns of women of color.

Yet, as NYU and all other neoliberal, White feminist run institutions emphasize how consent is as easy as saying “yes,” I argue that consent is more complicated than what it appears to be. Consent and saying “no” have their own set of values in each culture and community, often contributing to victims’ willingness or reluctance to seek help after experiencing sexual assault. Amid its cultural amnesia and expanding neoliberal, masculinist regime, NYU needs to acknowledge how its students of color do not live in a color-blind society. For instance, as an Afro-Caribbean (Black) woman, I may, in some degree, feel pressured to live up to the stereotype of the “Strong Black Woman,” which often causes marginalized Afro-diasporic women to deny their own vulnerability or hide that vulnerability from others both inside and outside of their communities.

Ultimately, I hope this critique or “Black girl rant” does not get me expelled, but regardless NYU needs to recognize how its use of “cutesy photo campaigns,” its call on White feminism to the rescue, and its mandatory semester-based neoliberal, pseudo-diverse sexual education videos are not going to challenge the racism, sexism, and all other “isms” faced by its marginalized students of color.

As NYU and other PWIs continue to deny their students of color equity and inclusion, our fate at these institutions continually looks grim; such fate reminds us that our survival at these neoliberal, White institutions was never meant for us: to breathe, thrive, and/or co-exist. Rather, our “survival song” is one of becoming content with being tokenized, capitalized on, and continually erased. And I’m tired of singing the same damn erasure song; I long for a new song to sing. 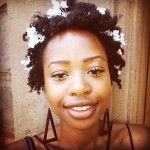 Related ItemsAcademiaacademic violenceActivismcampus violencecollegeCultureEmerging Feminisms ForumfeaturedfeminismGendergender justiceHealthResistancesurvivalWritingYouth
← Previous Story The Things I Knew
Next Story → The Problem with Remembrance Day Ceremonies; or, Why I Do Not Attend These Public Rituals