The Problem with Remembrance Day Ceremonies; or, Why I Do Not Attend These Public Rituals – The Feminist Wire

Home / Capitalism / The Problem with Remembrance Day Ceremonies; or, Why I Do Not Attend These Public Rituals

The Problem with Remembrance Day Ceremonies; or, Why I Do Not Attend These Public Rituals

To, I suspect, the embarrassment of my military family, I do not attend Remembrance Day ceremonies. To be honest, I never really know what to do or how to feel on this day.

For many people, these services are a compulsory patriotic duty and provide an opportunity to grieve and express appreciation for the military. For me, however, they prompt ambivalence because I worry about how the rituals function politically. I am concerned about how people’s patriotism, grief, and fears are exploited to promote pro-militaristic, anti-feminist sentiment, for example, the belief that the military brings “peace” or preserves “our freedom” (read: old stock Canadians, WASPs) through warfare against “them” (read: people of color, people who are or are assumed to be Muslim, and Indigenous populations). Also, I am deeply saddened that these services limit our grief to only certain bodies affected by and subjected to the traumas of warfare and political depression.

Especially since Harper’s reign, remembrance services have been implicitly used to justify Canada’s ongoing (but hopefully soon to be ceased) engagement in war. The dominant narrative is that these soldiers’ fought for “our freedom” and if we are not always armed, ready, and fighting against the “Other” to preserve this “freedom,” their sacrifices and deaths will be in vain. This narrative is currently upheld by national exceptionalist and Islamophobic sentiments and is reflected in the Canadian military maxim, “Strong. Proud. Ready.” Put differently, these ceremonies have been used to generate an implicit desirability for war and to present war as an inevitable good. War is problematically and dangerously fetishized and romanticized. 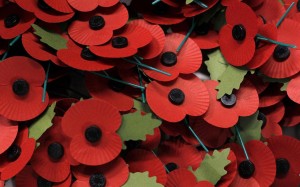 The “lest we forget” mantra has been warped to mean continued armament. Further, while originally the poppy symbolized remembrance to garner support for veterans with disabilities and/or who are poor, it has been “hijacked as a symbol of the military.” As a result, veterans still are systemically denied the healthcare and support they need.

Since Remembrance Day has been hijacked to celebrate the military, I am reluctant to attend. I do not commend the military institution because it glorifies militarized masculinity, has entrenched systemic racism, homophobia, misogyny, and sexism, and discriminates against Indigenous soldiers like Cpl. Esther Wolki. I cannot applaud an institution that leads Canadian soldiers to take their own lives because of trauma or because of the (sexual) violence they endured at the hands of fellow Canadian soldiers.

Further, while it is important to mourn the loss of loved soldiers, these services present only some bodies – Canadian military personnel – as worth grieving, as grievable. These ceremonies do not leave room for and actually discourage us from acknowledging and grieving the approximately four million Muslims who have been killed since 1990, hundreds of thousands of people who lived in Iraq, the hundreds of civilian casualties since the bombing campaign against ISIS, and many other undocumented lost lives. Rather than mourn, we have been encouraged to Other, fear, and hate these people who supposedly necessitate war. These lives, according to the dominant ethos, are not grievable. If we grieved these lost lives too, we would have to question our involvement in war, Canada’s Islamophobia, and the political underpinnings of contemporary Remembrance Day ceremonies.

Criticizing Remembrance Day services and how these have been used to support Canada as a militarized nation state can be isolating. Those who do so are treated as apathetic to the horrors soldiers face/d. I am not apathetic. I acknowledge the horrors of war and this is why I seek discourses that do not frame war as desirable; this is why I am an antiwar feminist. In fact, I am worried too many folks are apathetic to the trauma both soldiers and civilians from all over the globe have experienced and continue to experience because of Canada’s Islamophobic, capitalistic, and imperialistic war efforts.

I am frustrated when critique of the political functions of Remembrance Day is conflated with being heartless, unsupportive of troops and veterans, and anti-Canadian. This conflation is a silencing tactic. It functions to silence political dissenters, feminists, and antiwar advocates so that war remains seemingly necessary and militarized masculinity remains unchallenged and indeed praised. Rather than being heartless and unthankful, I want more room to mourn more lives. I genuinely want alternatives to more death and war.

My absence from these nationalistic public rituals does not negate my ability to emphasize with those who experience wartime trauma. Rather, my absence comes from a place of political depression, antiwar advocacy, and solidarity with all those who have been traumatized by war and militarized masculinities.

Citizens’ grief or fears on Remembrance Day should not be exploited and twisted to prompt hatred, Islamophobia, the desire for warfare, or the support of violence and torture. Remembrance Day and how our nation chooses to commemorate this day should make us question whether we really are the peacekeeping nation we like to tell ourselves we are. On this day, we should think about what the military symbolizes, what militarism does to our democracy, and Canada’s involvement in war. 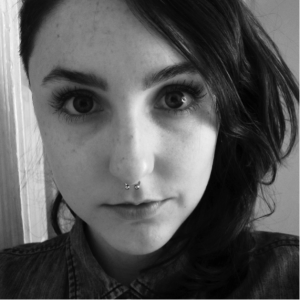 Celeste Orr is a Ph.D candidate at the University of Ottawa in the Institute of Feminist and Gender Studies.

Related ItemsCanadafeaturedimperialismISISIslamophobiaRemembrance Day
← Previous Story EMERGING FEMINISMS, Sexual Consent in NOT Color-Blind: A Black Feminist Call Against NYU’s Neoliberal Politics and White Feminist Ideologies
Next Story → EMERGING FEMINISMS, for the professor who hurt me & got away with it