By Guest Contributor on November 3, 2015

We realized that we are both survivors a few months ago, while viewing the Clothesline Project, a part of Sexual Assault Awareness Month, at the University of Washington, Tacoma. We talked about how our experiences as survivors help us work with survivors on campus and motivate us as advocates. The new survivor-led activism on gender-based and sexual violence created space for student-survivors to tell their stories, but so far few faculty have publicly disclosed their experiences of rape and sexual assault. Because we believe that our stories as survivors can play a role in the movement to end sexual assault on college campuses and in society, we wanted to open a conversation on the topic. We tried to imagine questions that survivors, both students and faculty, would have for us. 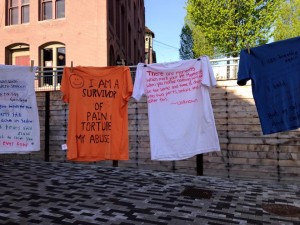 Did you talk about your assault after it happened? What was the reaction of those around you?

Alissa – I was raped when I was sixteen.  I struggled in silence for many years out of fear that nobody would believe me, and that if they did they would blame me for what happened. I moved away for college at seventeen and was immediately drowning. I was an honors student, but my grades were failing. I exhibited clear signs of distress. Nobody at my university seemed to notice. Nobody checked in with me. Nobody asked if I needed help. Nobody offered a safe place to talk and I certainly didn’t seek one out. Before Thanksgiving break I withdrew from school and moved closer to home.

Simona — I was twenty nine when I was sexually assaulted. I was an international student pursuing a doctorate. The perpetrator was a middle-age faculty member and a well-known scholar in my field. My initial response was shock, followed by outrage. My friends were supportive but faculty, with one exception, advised me to put the “unfortunate” incident behind me. I was already an outspoken feminist and social justice activist so remaining silent was not an option for me. I was especially appalled by the reluctance of some well known feminist scholars to hold their colleague accountable. 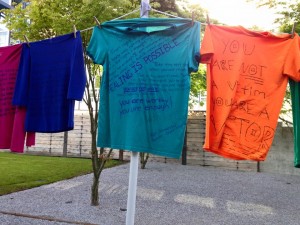 How did your experiences as survivors impact your personal and intellectual journeys?

Alissa: I was always intrigued by criminal behavior, so I pursued a degree in criminal justice. In graduate school I began studying sexual violence because I wanted to know what made people commit these acts. More importantly, I wondered how to stop them from occurring. I built my career based on answering these types of questions in hopes that my work could help stop others from having to endure similar experiences to mine. I hold a Ph.D. in criminal justice and my research expertise is in sex crimes policy. I’ve learned that most of our policies are not survivor focused. Part of the reason for this is that survivors, like me, have not spoken out about their dual roles.  I disclosed to one friend in graduate school, but otherwise remained silent for fifteen years.  I was concerned that others would call my objectivity and expertise into question simply because I am a survivor.  I now understand that my voice as a faculty-survivor and my voice as a sex crimes policy researcher are equally important and not mutually exclusive.

Simona: Following my assault I worked for several years on trying to create accountability mechanisms within professional associations because I met the perpetrator at an academic conference. My efforts, which coincided with the students anti-rape movement of the 1990s were met with serious resistance. I was dismissed as an angry feminist, imposing my agenda, and blowing a minor incident out of proportion. However, as a result of my advocacy, several survivors reached out to me, including some who were attacked by the same person who assaulted me. One of main research interests involves the relationship between political violence and gender-based violence in conflict-torn societies. After receiving my Ph.D., I was determined to support survivors and to hold perpetrators, including my colleagues, accountable.  On my second day on the job at a reputable private institution, I was approached by a graduate student who shared her experiences of sexual harassment and intimidation by a very popular faculty member. I used the existing policy on campus to support the student in filing an anonymous complaint against the faculty member. Within weeks I became the target of institutional retaliation and eventually lost the bid for a tenure-track job at that institution. Again, most of my colleagues warned me against speaking up in support of the student and demanding institutional accountability. 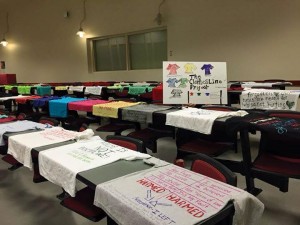 How do you use your experiences as survivors in the work that you do nowadays?

Alissa: Students will speak to trusted professors before they will seek out other resources. Given the content my courses, students often disclose to me that they are survivors. For years I listened in silence and I felt like a fraud for not acknowledging that I understood their pain and shame. Somewhere along the way I realized that I could be for my students what I so wished someone had been for me.  Change begins with one voice and I vowed to be that voice. Today, I do not shy away from the fact that I am a survivor. I disclose in class when doing so will result in a teachable moment. When students disclose to me, I now tell them that I am survivor and that I understand. I acknowledge my unique position as a sex crimes researcher and survivor. I use my expertise to advocate for policy changes that support the needs of survivors and I work to make campuses, and the greater society, free from sexual violence. Recently I gave the keynote speech at Take Back the Night on my campus. Several students told me that knowing that their professor was also a survivor was “life-changing and empowering.” This inspires me to continue speaking out.

Simona: I think that ALL faculty, regardless of their gender and personal experiences with rape or sexual assault, should get involved in confronting campus sexual assault. Those of us who are survivors have an important role to play. After my disappointment with my original field of study, I found a home in gender and women’s studies. Like Alissa, I gravitated towards research and teaching that helped me re-examine my own assault and gain both analytical and practical tools to work with survivors. In the classroom, I often identify as a survivor when we discuss gender-based violence. I shared the story of my assault when I was invited to speak at Take Back the Night, and I always tell survivors who choose to disclose their traumatic experience that I too am a survivor. Survivors share a powerful bond of pain and resilience that is difficult to craft into words, especially the first time someone tells her story. 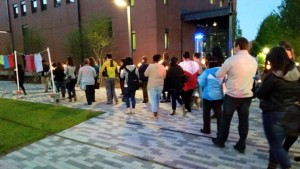 What are some obstacles preventing faculty-survivors from disclosing their experiences?

Alissa:  The main obstacle preventing faculty-survivors from disclosing is the same one that keeps most survivors living in silence. So often, the shame of sexual violence rests on the shoulders of those individuals who fall victim to it. Survivors fear being blamed, disbelieved, or seen as weak or damaged. These fears can be especially difficult for faculty members to navigate when merging personal experiences with professional life. There is nothing shameful about being a survivor and as more of us speak out and stand in solidarity, the less shame we will feel. It is easy to ignore one faculty-survivor, but to ignore an entire contingent is impossible.

Simona: In addition to Alissa’s answer, for faculty there is also the fear that colleagues and administrators will use our personal stories to undermine our professional expertise. Even without identifying as survivors, faculty with expertise on campus sexual assault, especially those who advocate for survivors, have been retaliated against. Those of us who identify as survivors fear that administrators could use our experiences as an excuse to further marginalize us and to exclude us from crucial discussions where survivors’ concerns should be represented. 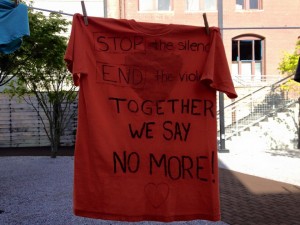 The decision by college administrators to turn all faculty into mandated reporters has complicated the relationship between faculty and survivors. The fact that we, as faculty survivors, can choose when, where, and to whom we disclose information about our assaults but students do not have this choice is problematic. This is one of the many reasons why we have criticized the blanket imposition of mandated reporting across campus. Faculty survivors can play an important role on campus by serving as confidential advocates for student survivors. 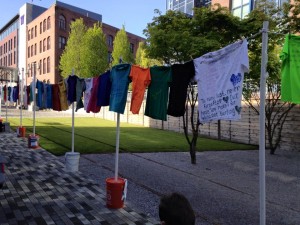 We wrote this piece first and foremost to convey to student and faculty who are survivors that they are not alone. We are part of a strong movement, led by survivors, determined to make our campuses and communities safer. We want readers to understand the hope we have found amidst outrage and despair. Our assaults happened decades ago, but they remain with us.  They took a serious toll on our lives, but they also shaped us into compassionate faculty and fearless advocates for survivors. Perhaps if more faculty-survivors spoke up, college administrators would treat us as assets to institutions, rather than liabilities. As faculty-survivors, we should be consulted as colleges review existing resources designed to support survivors and policies to hold perpetrators accountable. Additionally, those of us who teach in relevant fields should work to integrate material about sexual assault into our courses. As always, by telling our stories, we hope that faculty and students who are ready to come forward would join us and share theirs. 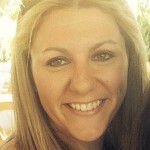 Alissa R. Ackerman is Assistant Professor of Criminal Justice in the Social Work Program at the University of Washington, Tacoma. She has written extensively on sex offender policy and practice and is currently involved in several research projects that span from sex offender policy to survivor-centered healing. 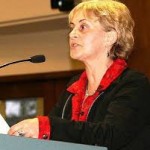 Simona Sharoni is Professor of Gender and Women’s Studies at SUNY Plattsburgh, a founding member of Faculty Against Rape (FAR) and the co-chair (with Tricia Yi-Chun Lin) of the interest group “Confronting Campus Sexual Assault” at the National Women’s Studies Association (NWSA). Sharoni wrote the comprehensive college-level curriculum for the documentary film The Hunting Ground.