EMERGING FEMINISMS, Clapping Back and Losing Friends I Never Liked – The Feminist Wire

EMERGING FEMINISMS, Clapping Back and Losing Friends I Never Liked

By Guest Contributor on November 2, 2015

Academics’ ethnic enthusiasm wanes when they meet me. I’m Native American, and I don’t fit into their image of an Indian woman. I don’t like outdoors, I’m pale, I’m angry most of the time, and although my politics engage in collectivism, I revel in my personal success. By all accounts I don’t think I’m likable in academia. In the creative writing world, I feel like it’s a feminist act to be honest about writers’ work and tell people when it is familiar, or when they’re not making a character human. To be a woman, a brown woman, in a room full of white people who have been traditionally educated, it’s intimidating to have an opinion. I want to be a good writer more than I want to please people.

At a reading I was being unlikable, criticizing a poet for writing a whole book of poetry about love. Let me be accountable, I said to my friends, we don’t need another hetero book on love. He went through poems about de-familiarizing porn shops, professing his love for his girlfriend, and then he asked us to shout out a number one to one hundred, and he’d read the section aloud. I shouted out, “sixty-nine!” to be mean, but he read it just the same. In front of me a woman with a black bob scowled. I sat checked. I felt bad. 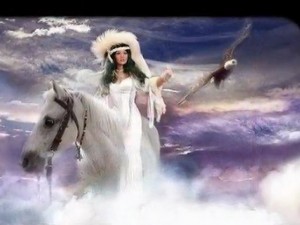 At the after party I went up to her, excited to meet someone fearless, opinionated, and interesting. I’m a lonely person, it’s a human condition, don’t blame me. She told me her work discusses Native Americans, and incorporates a lot of their beliefs. I overlooked all this, thinking, okay, I can befriend her then check her romanticism. We smile, we laugh, we discuss our favorite obscure albums. I “friended” her on Facebook.

She became a teacher after graduation, for, “Impoverished Appalachians.” She praised herself for giving them their first encounters with, “good literature,” and of course I rolled my eyes at these statements. Her well-meaning classism and racism was the kind I hated the most. I was convinced if I confronted her, she would be checked, and would move forward. But then I fell into a Facebook war I would eventually lose.

Caitlyn Jenner transitioned into womanhood, it was everywhere, and it was interesting to see people discuss gender identity. The woman I was beginning to resent with a passion posted, “Bruce Jenner is not going to hell, people. Revisit indigenous culture on this continent. The Cherokee had at least three genders, and the Hopi, four!” I felt conflicted. I hated myself for hating her. I thought, this woman is well-meaning, and I’m the asshole judging her without engaging her. I commented on her post, “Also, look at some Caucasian cultures on this continent who discuss gender. There are many progressive white cultures who believe gender is a construct.” She deleted me, and deleted my comment.

At first I thought I went too far, then I felt hurt, then I hated myself, then I became even more neurotic and asked my friend to check her Facebook and see if she said anything. Finally, after a margarita, I realized what she did was racism on top of ignorance. She shut out the only Native American voice in her news feed, and resented that I clapped back at her for making me feel romanticized. I proceeded to feel good about myself, being some type of activist in discourse. Instead of allowing her to talk about Native Americans like she was a sociocultural anthropologist, and not an ally, I offered a criticism and couched it in humor. 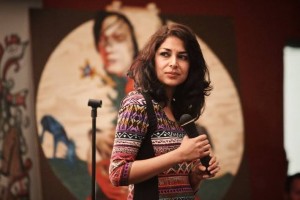 Can I tell you this is not the first time I’ve offended someone and lost a friend? Granted, a friend I never really knew, who never really warmed up to me, but a friend nonetheless. I’m lonely, and sometimes instead of telling my son’s school that they need to have a discussion on culturally offensive costumes, I toss and turn in my bed, trying to turn into myself and away from the fight. My mother told me I had better be willing to lose jobs and friends if I ever wanted to be an activist. It’s a troubled life when you agree to stand against racism at every turn. From the small things to the petitions to give inquiry concerning the missing Indigenous women of North America, it all feels important.

I’m tired of it, and yet I can’t stop. I despise myself some days, for taking up every issue. I resent myself for giving people, “bad vibes,” when I discuss the literary canon and how it includes a lot of racist texts or fails to include diverse and deserving authors. I discuss a diverse reading list when I see that there isn’t one, and I’m always quick to tell someone their work features tropes or lazy stereotypes. It’s a lonely life to be opinionated, guileless, and angry. I understand part of my personality is unpleasant, but I wonder how much of it is personality and how much of it is me calling out violence and sticking up for the brown women like me, or giving a valid critique on a work that isn’t all it could be. I have friends, and I have activists and academics who love me, but sometimes I want to be in the crowd of people who don’t worry about representation. I wonder what it feels like to love yourself for the work you do and to just be the default. 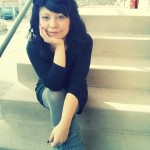 Terese Marie Mailhot is from Seabird Island Indian reservation. Her work has been featured in Carve, Yellow Medicine Review, Burrow Press Review, and The Offing. Terese is also a columnist at Indian Country Today.