Op-Ed: What’s Happening on the Mindy Project is Not Okay – The Feminist Wire

Home / Entertainment / Op-Ed: What’s Happening on the Mindy Project is Not Okay

Op-Ed: What’s Happening on the Mindy Project is Not Okay

By Guest Contributor on November 3, 2014

I used to love The Mindy Project. I would buy a pint of ice cream, drop all my work on Tuesday nights, and cancel plans with other people. It would be Mindy and me in my dorm room. I would watch repeat episodes, loving an unapologetic South Asian woman on screen. And I saw myself in parts of Mindy. But living in a mainstream feminist echo chamber, we become accustomed to never questioning those we idolize.

Before realizing the show’s problems with sexual consent, I had noticed the anti-blackness, which caused me to disengage from my Tuesday night ritual. Having avoided every episode of the third season, I thought I would give Mindy another chance. Clicking through channels recently, I came across an episode that ended in disappointment, regret, and frustration.

The episode, entitled “I Slipped,” was disgusting and triggering, to say the least. Years have gone by without Kaling’s body of work being critically examined regarding the issue of sexual consent. Her fan base is largely young and feminist, and thus reoccurring flaws in The Mindy Project’s handling of consent is disturbing.

This particular episode centered around a scene early in the episode, as Danny and Mindy are having vaginal intercourse. The audience hears the dialogue during the scene and it sounds pleasurable and consensual — up until you hear Mindy exclaim, “Wait, wait! Danny, that doesn’t go there!” And here, a red flag should go up. And this red flag should be cemented upon hearing Danny’s character reply, “I slipped” instead of offering an apology. 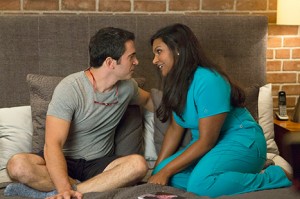 Now, as an audience member one can deduce that Danny had anally penetrated Mindy without her consent. This is troubling because the Mindy we have grown to love is depicted as a strong female character. How the situation is handled throughout the episode echoes normalized rape apologist behavior. With a young female audience admiring The Mindy Project, this discourse is a slippery slope, normalizing nonconsensual acts in a sitcom. It signals that it’s okay to accept this behavior and to perpetuate it in real life.

Every sexual act requires consent. The notion that, in relationships, consent is automatic is not only wrong, but also incredibly dangerous and disingenuous.

The episode gets more cringe-worthy as Mindy and Danny discuss the incident the next morning. Danny asserts it was accidental, saying “You weren’t where I was. You didn’t see how it all went down.” This discourse of non-apologetic assertion as an accident is eerily reminiscent of manipulative and abusive behavior by partners.

As Mindy seeks advice from her coworker Peter, viewed as a “dudebro,” he insists to Dr. Lahiri that there is no way the nonconsensual act was an accident. Instead of watching Mindy have an epiphany or condemn the act, we see her question her own sexual performance and experience. This is largely seen in broader society when victims interrogate themselves and their own choices because of rape culture.

Mindy sits down with Peter to hear sex tips she might use to please Danny, again another moment where a great conversation about consent in relationships is overlooked in favor of a woman learning to appease the man who violated her.

Later in the episode, we witness more rape apologist sentiments as Danny justifies the act again by saying, “I thought you had done it before.” This is when the grey area of consent becomes black and white. The belief that women who are or have been sexually active are deserving victims of sexual assault is too real to make a joke of. This is unnerving.

Survivors often have their sexual histories used as justification for their assaults. We witness it in cases repeatedly, and rape apologists use it to justify violent acts. Danny also, again without any remorse, mentions that he “got carried away” and asserts that in the past Mindy has bragged about her sexual history. This is also a mainstay in rape culture, demonizing women specifically for sexual histories and “slut shaming” both implicitly and explicitly. The nonchalant rape apologist lines in the episode were not critically unpacked in any way.

Mindy, still in the mindset of pleasuring Danny, recruits another colleague, Morgan, to prescribe her sedatives. She places the sedatives in a glass of scotch; this part is very real for survivors who have been drugged. This scene is also too casually done: Mindy takes the sedatives as a way to desensitize herself to an act she is uncomfortable with, all in the name of ‘keeping her man.’

The sedatives create a roofie effect, which we witness in Mindy’s loss of control. Mindy must go to the hospital and there, Danny realizes what his sexual act has done to his girlfriend. Again a non-apology is issued, as Danny continues to self-assuredly justify the act saying, “It didn’t mean anything. I just tried something.” This discourse around nonconsensual acts is dangerous, and similar to the “boys will be boys” rhetoric. It erases responsibility and accountability.

Mindy’s character trivializes the experience of being drugged in this scene as well saying, it “wasn’t so bad.” For those who have survived being drugged and sexually assaulted, this is not a punchline. Especially when alcohol remains the most commonly used in drug facilitated sexual assaults. This episode ends with what I imagine to be an attempt at discussing the importance of consent in their future relationship, but ends with Danny saying “I should’ve started kissing you, asking sucks!” After their lesson at the hospital, after all the lost potential to have a meaningful conversation about consent, Mindy responds with “Damn it, you’re right!”

Perpetuated over the last two seasons of The Mindy Project are two major myths around sexual consent. First, we see Mindy as a racialized woman presumed to be sexually experienced and thereby deserving of the nonconsensual act. And second, we also witness men being placed into a category of “always wanting it” and not as possible victims of sexual assault themselves, as in the episodes where Morgan is cuffed non-consensually to a bed and Dr. Leotard is raped. 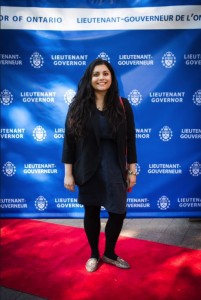 Nashwa Khan identifies as South Asian/African Diaspora living and learning in Hamilton, Ontario. She calls Florida home. Over her undergraduate career in Hamilton, she served on a number of councils including the City’s Status of Women Committee, as Space Allocation Chair of McMaster’s Women and Gender Equity Network, and currently chairs the city’s Youth Advisory Council. Her work has been published in a variety of places including ThoughtCatalog, Guerilla Feminism, and the HuffingtonPostBlog. She is an avid storyteller and lover of narrative medicine. Feel free to tweet her @nashwakay. Nashwa has attended a number of workshops around public health, feminism and creating queer friendly spaces. Most recently she attended the Columbia Narrative Medicine Workshops.