By Guest Contributor on November 3, 2014

Contrary to what I know is best for my emotional wellbeing, I recently read a news article about California’s new Enthusiastic Consent law, and then I proceeded to read the comments. Why I put myself through such torture is a conversation I will save for another day, but I feel an overwhelming need to address the people who believe that asking for consent, each and every step along the way, is somehow awkward, unsexy, or unnecessary.

As a sexually active woman, I probably don’t always have the luxury of privilege or power in my intimate encounters. Most men beat me in size and strength. So when someone assumes that my low-cut shirt, friendliness, or even my affection is an open invitation to accost me, it has been tough, as a member of an oppressed group, for me to say no. I’ve been in situations where I’ve said yes because I didn’t want to disappoint, because I’ve felt like I had no other option, or because I didn’t want to be known as a tease. I’ve said yes because I’ve been too intoxicated to care, too intoxicated to stop someone, or because I’ve been too intoxicated to remember what happened until I woke up the next morning. I’ve also said yes because I really wanted to have sex with guys with beards. That’s my prerogative. And while I take responsibility for my actions, I refuse to take responsibility for someone who is in a position of power over me, if they have not explicitly asked for my consent.

Now, as a survivor of sexual assault, I definitely did not have the luxury of privilege or power. When I said yes to vaginal intercourse, doing so not give my rapist permission to turn me over. When he tried to enter me anally and I found the courage to say no, my prior yes did not give him permission to hold my shoulders down and force himself inside of me. When I cried for him to stop, our past sexual relations did not give him the right to shove my face in a pillow and disregard my pain. When he finished and asked me for a hug before he left, his influence over me–the sheer magnitude of what he had just done–made me feel like I had no other option. And when I got up, saw the blood, and had to do a computer search to verify that what had happened to me was rape, I realized that even I did not understand the true meaning of consent.

People argue the Enthusiastic Consent law will ruin romance and intimacy. How terrible it is to think that someone is more worried about getting off than being concerned with the possibility of hurting the person they’re supposed to be making love to. Internet trolls who think that California’s encouragement of “Yes Means Yes” is a bad idea are people who have never been in situations like the survivors, the women and men I know, who have said no and not been heard. They’ve never been in situations like the students I talk to who said nothing, out of fear, coercion, or unconsciousness, and were not heard. No means NO. Silence means NO. But when every one of our efforts falls on deaf ears, our only other option is to tell them that YES means YES.

If you’re too embarrassed to have that conversation with the person you’re sleeping with, then you shouldn’t be sleeping with them. End of story. If you’re so desperate to “get it in” that you’re willing to have sex with someone who isn’t really that into you, you shouldn’t be having sex. If making an effort to get an enthusiastic yes is annoying to you, you don’t deserve to get laid. One commenter said that laws like this will create a culture of “paranoid men.” Fucking good— I hope every man I ever sleep with is afraid to hurt me. Don’t you? 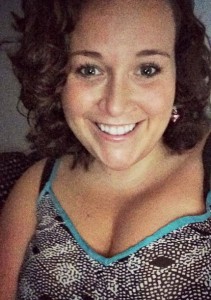 Brittany “Beebs” Burton is a Student Life Instructor at the North Carolina School of Science and Math in Durham, North Carolina. A survivor of sexual assault, Beebs works with universities to prevent sexual misconduct on college campuses by researching, writing, and presenting to students, community members, and peers. She has been previously published in The Feminist Wire and The Talking Stick, an Association of College and University Housing Officers journal, discussing the effects of sexual violence, Title IX, and women’s issues in the 2012 presidential election. Beebs has also presented her thesis research on benchmarking institutional sexual misconduct policies and procedures at the UMR-ACUHO annual conference, to her colleagues in the profession of Student Affairs. She is working towards the completion of her Graduate Certificate in Gender and Women’s Studies at Western Kentucky University.

Related Itemssexual consent
← Previous Story On The Parliament Hill Shooting, Canadian Moral Panic, and Lack of Tenderness
Next Story → Op-Ed: What’s Happening on the Mindy Project is Not Okay