During a recent community discussion on sexual violence and consent, I was forced to reveal something very troubling to myself.

It started shortly after the forum began. As in many discussions about sexual violence in heterosexual affairs, patriarchy took center stage in the space and demanded affirmation—the men in the room began to complain about how they were being “vilified,” how the women in the room were “suppressing their voices,” how they felt like they were getting blamed for things they didn’t do, and people began to make mention of women’s complicity with rape culture by way of their choice not to wear “appropriate clothing.” Nothing new here; just the incredible idea that women are somehow responsible for a form of oppression that cruelly attempts to negate their humanity and usurp their control. At this point, my friends and I have internalized this fallacious line of thinking as an indication of the need for an even more urgent response to sexist oppressions.

One man bravely stood up and said the thing that apparently many of the other men in the room were thinking [considering the deep, roaring grunts of agreement that permeated the room after he finished his question]: “I understand sexual assault, right! But, what if you’re with a girl and you ask her to have sex with you and she says no; and, you just talk to her a little bit more and then she says yes later. Is that still considered rape?” A woman on the panel responded quickly and deliberately to his question by citing it as a perfect example of what people are talking about when discussing sexual coercion. The man—frustrated—got up shortly after her retort [and the powerful feminine applause that followed] and later tweeted “Another male bashing session. Smh.”

When I saw the tweet, it inspired me to raise my hand and show solidarity with the women in the room in order to disrupt the feeling of this conversation being a trivial “boys vs. girls” debate rather than a serious discussion about creating anti-sexist environments. When I was called on, I stood up and—probably anticipating what I would say based on who I was sitting with and what I’ve said at similar forums in the past—the men in the room shot me vicious looks; their eyes pierced me like daggers. As I affirmed what the anti-sexist advocates [mostly women] in the space had already said and added to the discussion, I could almost hear the scolding behind the angry eyes of the men in the room: “You’re a traitor! You don’t see how women oppress us! You always gotta be on their side!” These unsurprising, misinformed pleas for me to renounce my support didn’t bother me.

But, when looking into one man’s eyes, I heard this: “You don’t even have a stake in this conversation because you’re gay! You don’t understand where we’re coming from!”

I felt compelled to work this out in my head—don’t I understand consent? I must be able to understand how it works personally since I have such a big voice about how it should work politically, right? Don’t I give and receive consent before having sex regularly? When I realized the answers to these questions for myself—answers that weren’t the ones I wanted to hear—I became a bit uncomfortable and began to do some self-reflection.

I began to realize that the paradigm used to discuss consent in heterosexual affairs could not account for some of the different complexities in homosexual affairs, and that much of the sex that I have had has not been completely consensual.

I remember once getting intimate with a man who was not open about his sexuality. Based on where we were, how the room looked, and how and where he wanted me to touch him, it seemed clear that he wanted to be intimate with me; however, every motion he made was undergirded with ambivalence—it was as if he wanted an out to be available should he need one. I recognize this in retrospect, but during the interaction I assumed that what he was feeling was shame and ignored it [thinking I was doing him a favor as the openly gay one in this affair]. Additionally, we had been drinking alcohol before we began to get intimate, and as we were drinking, he kept saying “Haha! You’re trying to get me drunk! I know you. I need to stay away from you!” Since he initiated the intimacy shortly after these remarks, and since we didn’t really drink a lot, I left those remarks in the closet with his ambivalence and we pushed forward.

As things began to get more hot and heavy, I noticed that he seemed a bit uncomfortable—his demeanor changed and so did his body language. So I asked “Are you ok?” He responded “I don’t know” in a very uncertain tone; so, I ended the intimate interaction immediately. When he noticed that I’d stopped, he shot me this look of surprise—he was shocked that I’d actually stopped. We put on our clothes, he gave me a hug and he left.

This memory made me realize that, unlike in many heterosexual sexual encounters, one, both, or all of the partners in a homosexual sexual encounter may be operating in bad faith—that is, they may be lying to themselves about what they’re actually doing and/or what they actually want. In my scenario, the man I was with used uncomfortable laughter to suppress the real reason he invited me to his room, and he introduced alcohol into the space as a scapegoat. Everything he said and did was done such that, at any time before we began to get physically intimate, he could say “Woah! I didn’t invite you over to have sex with me! Haha! We’re just talking!” and at any time during, he could say “You got me drunk to do this to me!”

The obvious answer to this issue would be for me to have asked him explicitly if he’d like to have sex; however, what I’m realizing now—and what I sort of knew in that moment—is that consent is much more complicated when having sex with someone operating in bad faith. If consent is a confession between two or more people about a reciprocated desire for sexual intimacy and an agreement to act on that desire, then in my scenario, getting consent from my sexual partner would have also required him to confess to himself that he has had sex with other men and that he wanted to have sex with a man in that moment; a confession of his immediate sexual desire would have required prerequisite confessions to the self regarding trans-temporal sexual inclinations. Knowing this, my sexual partner and I decided not to talk explicitly about sex and to just allow it to happen [which turned out to be problematic].

Sexual shame, secrecy, and suppression [in certain shapes in one’s consciousness] necessitate sexual aggression and a lack of discussion around sexual acts. In order to safeguard the concealment of their sexualities, [some] closeted gay men operate sexually on the premise that other gay men will not take the first “no” as the final answer—Ex. If I’m a closeted gay man and you hit on me publicly, I cannot reciprocate the attraction in front of others. So, I may reject you publicly and expect you to continue to pursue me privately, although I’ve already said no. Or, if I’m a gay man who is not ready to admit my sexuality to myself, and if an explicit talk about sexual desires would be damaging to me, I may need you to commit to having sex with me without an explicit negotiation of exactly what we’re going to do.

But those are exactly the things we expect people to do in heterosexual sexual affairs—our advice for them is often to have explicit discussions of exactly what they want to do to one another, and we encourage men to take the first “no” to truly mean “no.” When these practices are avoided, problematic and dangerous sexual precedents are put in place.  Since I’m committed to understanding sexuality as a phenomenon that is fluid and limitless, and since I’m committed to eradicating the idea that being “out” is the only way to be if you identify as anything other than heterosexual, then I’m wondering how we can expand our notions of consent to account for those whose sexual practices fall outside of heteropatriarchy—what does consent look like with a partner who is not “out”? What does sexual coercion look like? In light of the stigma associated with being anally penetrated, how do gay men express consent to one another about sexual positioning when the sex they plan to have includes penetration? How are we to decide who penetrates who and for how long? How do we come to agreements about what shape our relationships will take after the sexual encounter? What if I want an emotional relationship afterward and [in this case, because of internalized homophobia] you can only imagine sex as the extent of our encounter—can a discussion of that be included in how we understand consent? What if after sex, you ignore, avoid, and ridicule me in public for my sexuality? Is that considered abuse? How do homosexual people negotiate consent within homophobic spaces which encourage secrecy, suppression and shame?

Moreover, as the politics of respectability operate to “uplift” the Black community, how do Black gay men discuss openly their sexualities with their partners and the racialized complexities that are relevant? How do we negotiate discomfort with negrophilic infatuations with Blackness and penis length [inside and outside of the Black community]? As immorality invades conversations about STDs, how do we give and receive consent about sex in relation to condom usage? These are just a fraction of the questions with which I’d like to begin to prompt discussions.

As I sat there in the forum frustrated about what I had just revealed to myself, I was reminded of something wise that someone once told me: “Queer people and their relationships need evaluation by a feminist critique just as much as anyone else.” Although queerness is portrayed and often understood as the antithesis to hyper-masculinity and sexism, queer people are just as able as anyone to perpetuate these issues in their own way on their own turf; we are not immune to [practicing] sexual violence. In short, I need help rethinking consent for myself and my relationships so that I may respect and care for the people in my life just as much as I asked the men in that space to respect women. Any ideas?

Sex – Why must something so wonderful be so complicated? 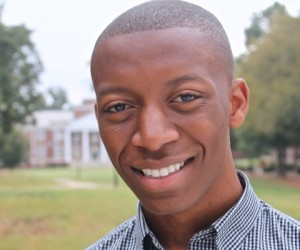 Marcus Lee is a junior Sociology major at Morehouse College originally from Charlotte, North Carolina. He currently serves as the President of Morehouse SafeSpace–Morehouse’s Alliance for Gender and Sexual Diversities–and the Morehouse Sociological Association. He is an undergraduate researcher with the UNCF Mellon Mays program. His research focuses on Black men and how race, gender and sexuality intersect in their lives. His future interests include being an educator at the collegiate level.