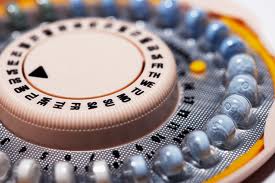 I started on birth control (a.k.a “the pill”) during my relationship with my current boyfriend.  It’s the method we prefer.  Being on the pill makes me feel as though I am taking responsibility for my sexual activity and for my body, and my boyfriend and I both benefit from the pill’s pregnancy prevention.  But I was thrown off guard when my co-pay increased and my mom suggested that I ask him to split the cost of pills with me.  Despite the fact that we divide the cost of everything else — from food to movies to alcohol — including birth control pills on the list of shared items never occurred to me.

I brought it up about a week later.  I was nervous to broach the topic because I didn’t know if splitting the cost of the pill was a thing that people did (not to mention, any conversation about money can be uncomfortable).

“So, I spend a significant amount of money on birth control, and my pill is getting to be expensive, and you know how we split everything—well, let’s start doing that for birth control too because it’s really for both of us anyway.”

“Of course I’ll help pay for birth control,” he told me.  “I’m not that much of a chauvinist douche bag.”

I shouldn’t have been surprised, really, and besides, he later admitted that the idea had once crossed his mind before I even brought it up.  Splitting the cost of the pill was one way to begin balancing the responsibility of birth control.

However, I alone shoulder the physical side effects of the pill, both positive (including lighter periods, less cramping, and clearer skin) and negative (like weight gain…thankfully the perils of hormone-induced moodiness passed me by).  I also have to carry it with me, remember to take it, and understand how it works.  But I’m not complaining: these make up a small price to pay for the peace of mind contraception provides.

As an experiment, I signed my boyfriend up for Bedsider,* a service that sends a daily text reminder to take my pill.  Now, at 4:30 p.m., we both receive the same text (usually a sex fact or cheeky comment).  The thought of contraception, even for a second, is prevalent in both of our days—no longer just mine.

Since then, we discuss birth control much more than before.  I’m more open about it and he—between remarks about how annoying the content of the text messages can be—asks questions.  He now knows that the pink plastic case always in my bag isn’t a makeup compact.  He now knows that a quarter of my monthly pills are just placebos (he took one once).

And what are the placebos for?

“So you can have your period,” my boyfriend now knows.

I don’t mean to be patronizing.  I know he’s not oblivious to the fact that the burden of birth control often falls on the woman in the relationship. But this burden is relative.

I’m fortunate to have health insurance that covers most of the cost of contraception, and that buffer makes it possible for me to afford the full co-pay.  The physical side effects have not proven to be a serious impediment.  I also know my boyfriend can afford to split the cost with me, and we both have the means to pay for a different method if we need to.  We’re privileged to have options and financial safety nets that allow us to make choices about contraception together.  The pill is a responsibility I took up because we decided that would happen, so there’s room for negotiation.

Thus, the burden of contraception is not one that falls—or is pushed—upon all women equally.  Women’s bodies are objects of politicization just as the actual methods of contraception are politicized—and the ways contraception is politicized differ as the bodies using it differ.  Namely, family planning methods and policies aimed toward women of color and of lower socioeconomic class have been and continue to be used to oppress and control those groups.  Tactics range from forced sterilization to not-so-subtle coercive measures such as subway ads shaming young mothers of color.

These tactics, in addition to targeting certain groups of women, often deemphasize men’s participation (at times effectively bypassing men as a target demographic) as well as the role of contraceptive choices in family planning.  From there, it’s easy to assume that women’s bodies are pliable and ripe for modification compared to men’s bodies, with some women’s bodies being more so than others.  As such, the dialogue about contraceptive options is commonly limited to those for women, resulting in a lack of consideration about how both male and female partners can be responsible for birth control.

My boyfriend told me that in his health classes, the students were taught about vasectomies, condoms, and the many methods used by females.  None of it seemed relevant to him at the time.  Perhaps recent medical developments will help to expand the conversation about birth control options and more importantly, enable gender equity when it comes to contraception and beyond.  In labs across the U.S. as well as in China, researchers are working to create male oral contraceptives—a birth control pill for men.  Some oral contraceptives use the chemical JQI, which inhibits the production of sperm, while other treatments use testosterone, androgen, or progestin.  The latter methods may allow for the development of not just a pill, but additional forms of hormonal male contraception such as implants, patches, and gels applied to the skin.

Another option is Vasalgel, or RISUG (Reversible Inhibition of Sperm under Guidance) and is one hundred percent effective.  The procedure, which was invented by Professor Sujoy K. Guha at the Indian Institute of Technology, involves injecting a polymer gel made of non-toxic chemicals into the vas deferens, located in the scrotum.  The chemicals destroy the sperm as they pass through the vas deferens.  The treatment is quick, inexpensive, easier to reverse than a traditional vasectomy, and can last for 10 years.  The drug has been tested in India and is currently undergoing clinical trials in the U.S., with hopes that it will hit the market in 2015.

Will men go for these birth control methods?  I hope so.  As it exists, the status quo is that contraception is usually “the woman’s responsibility, despite a guy’s inherent complicity in making babies,” as my boyfriend said.  There must be a shift in the way we think and speak about contraception in order for men to take up heightened levels of responsibility when it comes to birth control.  I believe that the widespread availability and knowledge about methods, both traditional and newer, will help to usher in change.

A wider array of birth control options for both men and women will entail further discussion in order to choose which method is preferred.  Men will be more explicitly implicated in the overall discourse about sexual health, requiring them to have some forethought if they plan on having sex.  After all, using contraception—like fostering a relationship, receiving an education, raising a child, or buying insurance—is an investment.

In the security of my relationship, it’s pretty easy for me to have conversations about birth control and the issues surrounding it with my boyfriend.  I imagine it might be more difficult in other contexts: hookups, ambiguous situations, or even the beginning stages of relationships.  But talking openly about birth control and encouraging friends of all genders, platonic or otherwise, to talk too will no doubt engender deeper understandings about contraception and the practices surrounding it.

Side note: Bedsider recently released Guy’s Guide, a series of videos geared toward educating men about the pill, emergency contraception, and female biology.  I appreciate how this informational resource includes men in “women’s issues” in regards to sexual health, and broadens the conversation about birth control, even if the videos give off the cheesy vibe of manly-man commercials. 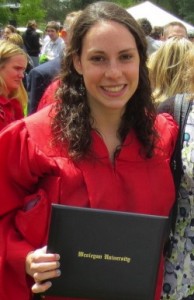 Related ItemsBirth controlHealthprivilegesexism
← Previous Story The Government Shutdown, Rape and Other Extortions of Assets
Next Story → Op-Ed: Shutting Down Our Rights