Op-Ed: Shutting Down Our Rights – The Feminist Wire

Op-Ed: Shutting Down Our Rights

If the House of Representatives’ most recent attempt to obliterate the Patient Care and Affordable Care Act is any indication, politics in this country have turned upside down.

Those who disagree with the implementation, indeed the very existence, of the Affordable Care Act have decided that they don’t have to play by the rules to get what they want.

Since Roe v. Wade was upheld by the Supreme Court in 1973, there have been many who have worked day and night to subvert it, pervert it, and prevent it from being the law of the land.  All this despite the fact that, every step along the way, the rules of engagement were honored and the law was enacted and found to be constitutional.

Opponents of legal abortion have spent the last forty years placing prohibitions on abortion based on age, marital status, gestational development and military service.  They have patently refused to accept it as law and are tireless in their efforts to make it a logistical impossibility to obtain a safe abortion, going so far as to restrict funding and shut down clinics across the country.

The fight over the Affordable Care Act–a fight that has led to a government shut-down–is  similar to the struggle for abortion rights in this country. Because a vocal minority has strong objections to “Obamacare,” they are holding the rest of us captive while they work to defund and dismantle this vital program. This ideological war has been going on for decades, only in the fight against abortion rights, the targets have been women of childbearing age. Those who are screaming about being denied affordable healthcare, thanks to a powerful group of Tea Party legislators, are finally beginning to understand what women have been up against since 1973 and before.

While it may seem absurd to many that a law which has been passed, signed, and determined by the U.S. Supreme Court to be constitutional is still up for debate in Congress, this is nothing new. A larger, more gender-balanced swath of the population is feeling the effects of ideological embattlement and this makes for a bigger pushback from the public. But the fact remains, there are ways of reversing or overturning laws in the United States and the politicians in power right now have no intention of playing by the rules.

What might happen if they find other laws they’d like to dismantle in this same fashion? What might it look like if they decide they don’t like women having the right to vote? What if they begin a series of campaigns designed to restrict voting rights to women who are married, white, or vote like their husbands? It may sound far-fetched, but consider the redistricting policies of the last several years. Recall the arguments–still ongoing–over whether immigrants should have the right to vote. Think about how politicians retain their power: by staying in office.

Have some lawmakers become so unwilling to accept anything they don’t personally endorse that they refuse to listen to the will of the people they are elected to represent? Or is it that they are only willing to listen to the people who think just like they do? This group of politicians has become so convinced of their right to impose their brand of logic and morality on the American people that they show no remorse or compassion for those who are stepped on along the way. This tide has swollen in part because of the victories they have enjoyed with regard to limiting abortion rights and other women’s health care services. The Right is emboldened by parental consent laws and “defunding” of Planned Parenthood.

Reversing the government shutdown does not guarantee that the Affordable Care Act will remain intact. If we let history guide us, we can be assured that this very vocal, wealthy, racially privileged minority will continue to fight to strip it of its teeth. Let’s hope they don’t resort to bombing clinics that treat patients who benefit from it. 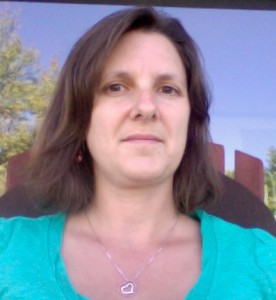 Kari O’Driscoll is a writer with a background in medical ethics and quality assurance. She writes about social justice, women’s issues, and parenting for the BlogHer Publishing Network at the-writing-life.blogspot.com. Her work has appeared in Buddha Chick Life magazine, The Cancer Poetry Project, and anthologies about reproductive rights and breastfeeding. She is working on her own book about reproductive rights. She is active with the Women’s Funding Alliance and committed to helping girls and women use their unique perspectives to make the world a better place.