The Government Shutdown, Rape and Other Extortions of Assets – The Feminist Wire

Home / Black Women / The Government Shutdown, Rape and Other Extortions of Assets

The Government Shutdown, Rape and Other Extortions of Assets 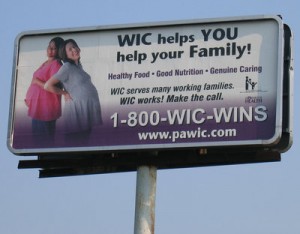 When people lack resources or more specifically, when they lack money often equated to power and security, a basic process of deterioration in the fabric of social and communal integrity and harmony can begin to occur.  Within transnational feminist perspectives, and as recent U.S. history demonstrates, this country is not immune to the chaos which can ensue from socio-political and economic strife. In other words it isn’t just government workers, the furloughed who are cut off from resources they can mobilize to survive. It is those working in non-profits funded by government who will likely not be paid on Friday. It is those in our communities, the people next door, our own families who count on programs like WIC and other federal entitlements who are left vulnerable. The human cost is real. When we have no resources, we don’t eat. When we don’t eat we are forced to make false choices between milk for our babies, between food for ourselves or sex we don’t really want. We are forced to decide between freedom and going back to an abusive home. It’s the difference between paying for a bus ride and walking home ten miles in the middle of the night. We are no longer secure and safety is fleeting as our circumstances become even more entwined within a web of circumstances which for some, can begin with a government shutdown.

What Does Poverty Mean To Me?

For many of us this shutdown has been triggering and as we all witness and live through this government debacle, I can’t help but think back to this real conversation some sisters and I had about a year ago. The subject: “What does poverty mean to me?” It was a Saturday afternoon, a group of Black women sipped wine and leaned back in their chairs, while others reached for another plate of roast chicken, home cooked rice and kale salad, in a house we claimed as our meeting space, part living room, part museum, part creative space, a multipurpose room where many of us came to cry, rant, rejoice or just sit still.

One woman began, poverty means to me…”it means watching my best friend go on date after date with anyone, anywhere, anytime and then do anything, if you know what I mean, as long as he paid for that meal so she could eat that day, and have left-overs for tomorrow.” Then another woman… “to me poverty means having to ask my friends for unused medicine, because I can’t afford the money it would cost to take care of this infection.” Voice after voice, women spoke in turn—“poverty means not being able to roll out of bed most mornings because I can’t afford a therapist.” “It means still not being able finish my college degree because the inside of a classroom is triggering.” Then the one to my right said “it means getting beat up regularly and not even thinking about leaving” …and, “it means being out on the streets while my mom lives in a two story, four bedroom house where I will never be safe.” “It is roaches in my cereal box and no minutes on my cell phone.” On and on, our stories went as we talked about sisters and ourselves. We are the faces of those who are and will be affected by this irresponsible government shutdown and we are the faces of poverty.

For Black Women Poverty and Insecurity Are Nothing New

With an ongoing survey at Black Women’s Blueprint still revealing between 40-60% of Black women experience coercive sexual contact across their lifespan, we in the trenches cannot help but make the connection between insecurity, sexual assault and poverty. It is also well documented that the war on poverty has been fought by Black women in the United States for centuries, beginning with their resistance to the wholesale exploitation of their physical and reproductive labor as slaves in what was then, a burgeoning capitalist society. Issues of safety, a living wage, exploitation, and physical and sexual violence and harassment on the job during the Jim-Crow era were common experiences for Black women who often were the sole provider in their households, employed mostly at the lowest pay as domestic workers.

Post the 1964 Civil Rights Act, the road to economic parity remained arduous as war was declared on Black women’s personal and financial agency with the release of the Moynihan Report of 1965 which named the “Black matriarch” among contributing factors to Black poverty and the destruction of the Black family structure.

Over the past forty-years with the birth of the “welfare queen” caricature, when poverty is talked about in public spheres, it is contextualized around the experiences of Black children or men of color.  In my view, poverty is not as it’s been propagated to be, simply a Black children’s issue, as in “Black children are seven times more likely to be persistently poor than white children…, and have worse prospects for escaping poverty”. It is not simply a Black man’s issue, as in “men of color experience challenges to gainful employment as a result of racism.” What we fail to realize is Black children are poor because the Black mothers to whom they are born are poor. Men live in communities where poverty experienced by the rest of the population—women and transgender people, isn’t simply a function of racism, it is a function of sexism and transphobia among other layers of discrimination and oppressive factors. I cannot help but think of my sister circle, the women for whom poverty is indeed an outgrowth and consequence of both the historical and contemporary convergence of oppressive constructs and circumstances to which we all have been subjected.

Today, women of color still rank lowest in wealth and economic security. In 2008, a ground-breaking study by the Insight Center for Economic Development, Lifting As We Climb, revealed that single Black women have one penny of wealth for every dollar of wealth owned by Black men and only a tiny fraction of a penny for every dollar of wealth owned by white women. Black single mothers with children under 18 years have a median net wealth of zero compared to $7,970 of wealth held by white women with children. Among Black families, 68 percent of Black women have no net financial savings and live from paycheck to paycheck. In Black communities, we are well aware that more women are employed, and according to the Women of Color Policy Network, “consequently community tends to equate income with wealth, measuring economic well-being by the pay one brings home,” no matter how unsustainable.

There is a complex and often cyclical connection between violence against women in Black communities and poverty, especially where women’s economic status is concerned. However, we are often taught to think about poverty as a motivating factor for sexual assault and other gender-violence by persons seeking power, because the lack of a jobs, or the lack of money has pushed, “usually a powerless him” to violence.  What we don’t talk about, is that poverty actually leaves women and other sexually marginalized persons powerless. According to the CDC poverty increases the risk of being targeted for domestic violence, dating violence, stalking, rape and other sexual assault. We have seen how poverty can make women and children more dependent on others for survival and, therefore, less able to control their safety, to make authentic choices and provide real consent to sex they actually desire, and to meaningfully address the subsequent trauma which results from violation.  In turn, violence can jeopardize women’s economic well-being, often leading to homelessness, unemployment, interrupted high school or college education as many college women drop out after a rape.

According to the CDC, women with household incomes under $7,500 are twice as likely as the general population to be assaulted. One alarming study by the NYC Alliance Against Sexual Assault found that 50% of sexual assault victims lost their job or were forced to quit in the aftermath of sexual assault. Loss of a job can compound the challenges of economic security and increase the risk of sustained poverty. These socio-economic stressors can undermine a person’s pursuit of education, decreasing their earning potential and economic stability throughout the course of their entire lives. This is especially relevant for Black women who represent a disproportionate number of those living in poverty in cities all over the U.S. So yes, I see rape as a violation of human rights, a crime of violence, and extortion of assets, assets which can include life, health and mental health, reproductive choice, financial security, sustained employment, education, identity, social, political and historical assets and in many cases, assets in the form of family and spiritual community.

To Be Insecure No More

I also maintain that this government shutdown among other deliberate acts to which we are often subjected without our consent are an extortion of personal and communal resources.  As a transnational Black feminist I have no qualms about naming it as such. This shutdown has been a game played with many of our lives, especially as the very representatives bent on preventing access to health care coverage for more than 25-30 million people in this country, still get a paycheck during this national crisis.

That conversation my sisters and I had about poverty almost a year ago comes to mind as I witness this government debacle, and I look to my comrades, and we sure-up ourselves for what may come. We know there is a disconnect between Washington and those of us on Flatbush, Martin Luther King Blvd, on the streets of Detroit, Louisiana and other spaces, where if we were to ask sisters today, “what does poverty mean to you?”, the answers would likely be similar to those uttered that Saturday afternoon a year ago, when a group of Black women sipped wine and leaned back in their chairs, while others reached for another plate of roast chicken, home cooked rice and kale salad, in a house we claimed to be our meeting space, part living room, part museum, part creative space, a multipurpose room where many of us came to cry, rant, rejoice or just sit still. However, on this day, we would not only ask or make polite recommendation, we would demand an immediate end to this game being played with our lives.  We would demand an end to the political processes that continue to perpetuate economic insecurity for women and all our communities. 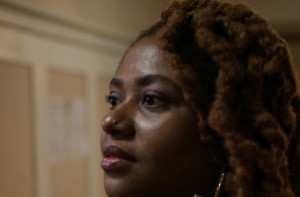 Farah Tanis is the Executive Director of Black Women’s Blueprint, a national Black Feminist organization in Brooklyn New York, launched and Chairs the first Truth and Reconciliation Commission in the U.S. to focus on Black women and sexual assault.  Tanis is a 2012 U.S. Human Rights Institute Fellow. For the past seven years she served as Almoner for the Havens Relief Fund, was on the Board of Directors of Haki Yetu working to end Rape in the Congo region of Africa and the Board of Right Rides which provides safe rides home to women and queer people in New York City. Tanis is the founder of the Museum of Women’s Resistance (MoWRe), dedicated to presenting the diversity, dynamism, and global influence of women of African descent in the realms of family, work, community, nations and the natural environment. She is the creator of Mother Tongue Monologues, a vehicle for communicating Black feminist praxis at the grassroots and for addressing Black sexual politics in African American communities. Her body of work includes the production and contribution to several grassroots and international films, curricula and human rights policies. She also blogs at www.farahtanis.com.