Personal is Political: A Letter to Toni – The Feminist Wire

Home / Black Women / Personal is Political: A Letter to Toni

Personal is Political: A Letter to Toni 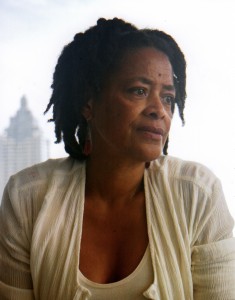 How can you not be here? I still can’t believe it. There is so much to tell you! It’s too much to try to organize it all in one letter, so this is just what’s at the top of my list:

The world has pretty much gone crazy and our big, strange, complicated country is, of course, right in the thick of things, our President’s good intentions notwithstanding. I think you would like him. He’s hardworking and as honorable as he can be in a job that requires more lying than I can bear to think about. I know you would like his wife, Michelle. We all do. 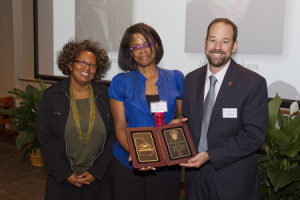 They have two daughters. You would love them, too. I am in awe of how happy they seem. How confident they are. How beautiful. I remember us welcoming our own daughters into our undeniably bohemian lives and wanting them to grow up strong and free. We wanted that for them. And we got it. You would be so proud of Karma for being everything she is. When we see her, we smile at you in her. She indulges us.

Time is passing so quickly! I watch the news and I think, What would Toni say that could help us make sense of all this? I wonder what you would be writing about so much war and famine and rape and rebellion and police murders of unarmed black men and bombings and beheadings and invasions and oil and global warming and the Tea Party and Shonda Rhimes and Oprah and everywhere we look, Beyoncé. I wonder what would make you laugh and what would make you weep.

So many of our small tribe have gone in the past few months, Toni. We’ve lost Maya and Amiri and Ruby and Vincent Harding and J. California Cooper and Jimmy Baldwin and the one and only Dr. Richard Long. People are surprised when I tell them I am not mourning these folks who were my friends, my comrades, my mentors. I tell them I am too busy celebrating their extraordinary lives. Too busy celebrating their work and their wildness, their humor and their hubris, their commitment and complexity. Too busy celebrating how much all of you loved language and good ideas and house parties with fried chicken and loud music and people drinking wine while discussing the future of the race around the kitchen table, and lots of dancing. What I don’t tell them is that if I ever start weeping and wailing and admitting how much I’m missing all of you, I might never stop, and then how will I get any work done at all?

Well, my sister, I don’t know what else to say except thank you for passing through this life while I was here close enough to know you and to show you the best I had to offer, as a writer, as a woman, as a friend. Miss you and love you madly. Always will. 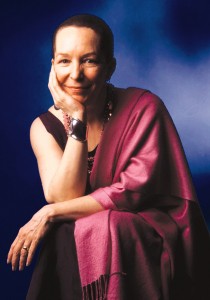 Pearl Cleage is an Atlanta based writer, currently Mellon Playwright in Residence at The Alliance Theatre in Atlanta where her new play, What I Learned in Paris, opened the 2012-2013 Season. Her first novel, What Looks Like Crazy On An Ordinary Day, was an Oprah Book Club pick, and spent nine weeks on the New York Times bestseller list. She is the author of thirteen plays, including Flyin’ West, the most produced new American play in the country in 1994. Her Blues for An Alabama Sky was included in the 1996 Olympic Arts Festival in Atlanta and will receive a 20th anniversary revival at the Alliance in 2015. Her other plays include Chain; Late Bus to Mecca; Bourbon at the Border; A Song for Coretta and The Nacirema Society Requests the Honor of Your Presence at a Celebration of Their First One Hundred Year. Her plays have been produced at many cities throughout the U.S., including, but not limited to Philadelphia, Atlanta, Boston, Seattle, Washington, D.C., Los Angeles, Houston, Berkeley, Chicago, and New York City. She is the author of eight novels, including Baby Brother’s Blues, which received an NAACP Image Award for Literature. She is also the co-author with her husband, writer Zaron W. Burnett, Jr., of We Speak Your Names, a praise poem commissioned by Oprah Winfrey for her 2005 Legends Weekend. Cleage and Burnett are frequent collaborators, including their award winning ten year performance series, Live at Club Zebra!, featuring their work as writers and performance artists. Her new book of non-fiction entitled Things I Should Have Told My Daughter: Lies, Lessons and Love Affairs, was published by Simon and Schuster/ATRIA Books in April, 2014. She has also written numerous columns, articles and essays for Essence, Ebony, Rap Pages, Vibe, The Atlanta Tribune, and The Atlanta Journal Constitution.

She is currently at work on a new play, Tell Me My Dream, to premiere at the Alliance Theatre in their 2015-2016 Season and a one woman show based on her memoir. A regular columnist for The Atlanta Tribune for ten years, Cleage is a popular speaker on college campuses across the country. Active on Twitter @pcleage, she also maintains a web site at www.pearlcleage.com and a Facebook Fan Page. Cleage and Burnett make their home in Atlanta.