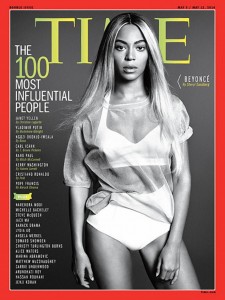 Beyoncé was recently on the cover of Time as one of the 100 most influential people. In response, Facebook COO Sheryl Sandberg writes, “She raises her voice both on- and offstage to urge women to be independent and lead.”

However, Bill O’Reilly of Fox News said last month that for young girls, what Beyoncé does could have a negative impact. “This woman knows that young girls getting pregnant in the African-American community […] She knows and doesn’t seem to care.”