[W]hile academic legitimation was crucial to the advancement of feminist thought, it created a new set of difficulties. Suddenly the feminist thinking that had emerged directly from theory and practice received less attention…Feminist thinking and theory were no longer tied to feminist movement.…Academic politics and careerism overshadowed feminist politics.  Feminist theory began to be housed in an academic ghetto with little connection to a world outside…as a consequence, the academization of feminist thought in this manner undermines feminist movement via depoliticization.  Deradicalized, it is like every other academic discipline with the only difference being the focus on gender”(hooks 2000:22).  — bell hooks, Feminism is for Everybody

Strategic Subversions: A Black Feminist Intervention in the Academy 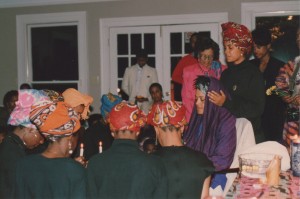 Toni Cade Bambara was the quintessential scholar-activist seeing no contradiction between her involvement in radical movements for Black liberation and women’s rights and the “intellectual” pursuits through her writings, production of new knowledges, and areas of research.  Importantly, Bambara was a teacher.  She taught writing and Afro-American studies in the academy at institutions like Spelman College, Emory University and Atlanta University.  Yet it was in living rooms and community meetings of artists and neighbors that she thrived, at the center of spirited gatherings of intellectuals, music and food that echoed the intimate vibe of the Harlem neighborhood where she grew up in the 1940s. Thus when Spelman administrators turned down her proposed course on Black women writers, Bambara taught the class out of her home and it became a gathering called Pamoja (Kiswahili for unity) Writing Workshop, whose alumnae include award-winning writers Shay Youngblood and Nikky Finney, and Spelman College archivist who oversaw the preservation of her papers, Taronda Spencer*.

Pamoja was indicative of the kind of resistance teaching, women’s movement consciousness-raising groups and other formations that characterized the radical women’s liberation.  The entre of social justice movements existed in at the same time that the women’s liberation movement was transforming and the emergence of women’s studies as an academic discipline.  According to bell hooks, establishing women’s studies as an academic discipline was progress for the women’s liberation movement that was not necessarily progressive.  In her view, this institutionalization in the form of women’s studies departments, research projects, conferences and journals that emerged throughout the 1970s-80s actually “disciplined” and flattened the radical edge of the movement.

Established in 1981, the Spelman College Women’s Research and Resource Center (WRRC) has resisted this counter-revolutionary tendency with an academic curriculum and activist programming inspired by Bambara’s example that is deliberate and transgressive.  Founding director, Beverly Guy-Sheftall admits that multiple obstacles had to be navigated strategically in order to launch the first Center of its kind at a Historically Black College, despite it being all women.  This act of Black feminist subversion at Spelman College continues to nurture students’ ability to challenge political and social boundaries in and outside the academy.   Moreover at the recent induction of stellar Comparative Women’s Studies (CWS) students into TRIOTA, the National Women’s and Gender Studies Honors Society, Dr. Beverly Guy-Sheftall, founding director of the in the Spelman College Women’s Research and Resource Center (WRRC), stated that whatever else we are in the Women’s Center, we’re always “righteous.”  This righteousness refers to the WRRC’s deliberate grounding in Black liberation and women’s movements that gave rise to the Comparative Women’s Studies major and minor.

Conjointly, the growth of student activism over the last decade or so at Spelman did not emerge in a vacuum nor was sparked simply because Nelly released the “Tip Drill” video. It was grounded in the Black feminist thought and theories taught in the courses of the WRRC.  While the activism against the misogynist images of women in Hip Hop videos made national headlines (largely due to the external attention that it attracted), this particular core of student activists and their organizations had become increasingly engaged in a wide range of progressive political actions during their undergraduate pursuit at Spelman College (e.g., Afrekete’s “Day of Silence,” AUC Peace’s anti-war mobilizations, SisterFire’s “Take Back the Night,” etc.).  It is also the case that many of the student leadership in these movements were Comparative Women’s Studies majors/minors and/or in organizations affiliated with the Women’s Center, including: the Feminist Majority Leadership Foundation (FMLA), Afrekete (Spelman’s LGBTQ & Allies organization), and the Toni Cade Bambara Scholars/Writers/Activists Program (e.g., FMLA, Afrekete, SisterFire, and AUC Peace).

What we have found is the students leading the most progressive actions on campus perspectives are largely informed by learning the radical work of legendary black feminists such as Audre Lorde, Toni Cade Bambara and Barbara Smith.  Along with reading the work of Black feminist intellectuals, students enjoy meeting and engaging in conversation with these scholars who frequently acknowledge Toni Cade Bambara as key to their scholar-activist trajectory.  It is the combination of feminist intellectual content, progressive programming, and organizational/leadership development offered by the Women’s Research and Resource Center at Spelman College that are crucial components to keeping the radical edges of feminism in the academy rather than flattening them. 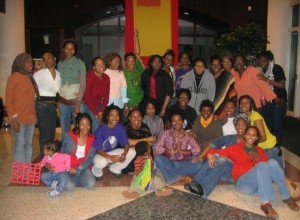 The Toni Cade Bambara Scholar-Activism Conference happens in March during Women’s History Month on or near Bambara’s birthday.  It is both a celebration of her audacious body of work on behalf of Black people and gives students the opportunity to set the conference agenda, take charge of conference logistics, present scholarly work, and hear from scholar-activists in and outside of the Atlanta University Center. Conceived in the year 2000 by M. Bahati Kuumba, a new Assistant Professor in the Women’s Research and Resource center, it was to be a culmination of the existing Toni Cade Bambara Scholars/Writers/Activists Program.  This pre-existing year-long program engaged students from of a range of majors with Black feminist scholar-activists on national and international levels.

The execution of the conference was the brainchild of Malika Redmond, C’02, and Comparative Women’s Studies Major, to ensure both content and logistic are managed by students.  The first event was in 2001, and now more than a decade later, the conference opens with a celebration of the life of Toni Cade Bambara with words from friends and colleagues, and even Toni herself enters the room through listening to her voice narrate while watching The Bombing of Osage Avenue.  Students of Spelman College perform and give words of appreciation for the Black feminist legacy of Toni Cade Bambara. 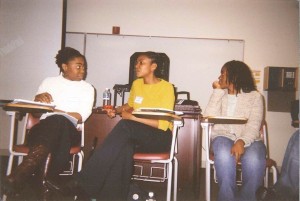 The annual student-led conference bridges scholarship with activism.  Furthermore, during the 25th Anniversary Celebration of the Women’s Research and Resource Center, (when) reflections were written regarding the founding of the Toni Cade Bambara Scholar-Activism conference:
“The second ‘bold transformation’ occurred with the inauguration of the annual Toni Cade Bambara Scholar-Activism Conference during Women’s History Month in March.  This project is significant because it was organized and executed by students, mostly women’s studies majors or double majors, who understand the importance of working collaboratively across the disciplines and with community organizations for positive social transformation.  Here they put the feminist theories they learn in the classroom into practice as they craft bold agendas that are inquiry-driven, intellectually engaged, and action-oriented.”

“The Toni Cade Bambara Scholar-Activism conference is not just an event, but a process…”

I took from this conference a sense of empowerment about being my own Spelman woman; it’s OK not to conform,” said McGee. “I also left the conference with a sense of dignity about my differences, about who I am, and being a woman. On the Spelman campus, differences aren’t appreciated as much as we would like. The spectrum of our conference topics showed that there are differences [among us]. It’s like a call to service, if we don’t do it, who will do it? And, if we don’t speak on it, no one else is going to speak on it for us.

Gha said preparation to encourage positive action by participants was key to the conference’s success. “Personally, I am really proud of this conference because it showed how our weeks of planning and conversations turned into creative activism,” said the sociology and comparative women’s studies double major. “It was a great moment for Spelman College because it showed the diversity of students on campus and how much we care about our College and want to make it a better place by offering these new kinds of voices. 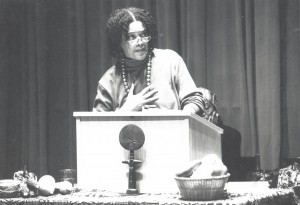 Toni Cade Bambara was a deliberate writer and teacher.  She aligned herself with the workers of the world and her writing reflected it.  She described her work as that of a culture worker and she did it with conviction and fierce integrity.  The faculty of the Women’s Research and Resource Center of Spelman College takes seriously the work of preparing the next generation of Black feminist scholar-activists that engage justice issues facing our society with conviction and fierce integrity.  And, the Toni Cade Bambara Scholar-Activist Conference will continue to honor Bambara by bringing community activists, students, and academics together to engage new ideas fight for social justice.

“A Place Like This: Some Thoughts on Making Revolution Irresistible”
Pearl Cleage
Black Feminist Author and Playwright
Friday, September 11 @ 3pm

Unless otherwise noted, events will be held in the WRRC Conference Room,
Cosby Center, 2nd Floor.
For more information, contact the WRRC @ (404) 270-5625

‘Ain’t I A Spelman Woman?’ Channeling The Rebellious Spirit of Toni Cade Bambara

Women of the Revolution: Radical Women Who Started the Arab Spring 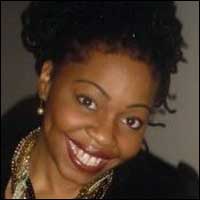 Malika Redmond, MA is a feminist researcher, reproductive justice and human rights leader working more than a decade both nationally and internationally developing and managing projects that focus on reproductive justice, LGBT rights, and youth empowerment with organizations and institutions such as SPARK Reproductive Justice NOW, National Center for Human Rights Education, Spelman College Women’s Research and Resource Center, and the International Black Youth Summit. Malika is the co-founder of the Toni Cade Bambara Scholar-Activism Conference and was one of the youngest national field organizers for the 2004 March for Women’s Lives in Washington, D.C.  This event that brought nearly 1 million participants to the national Mall and is considered one of the largest marches in U.S. history.

In 2012, she completed a two-term leadership position as a board member of the National Women’s Health Network and currently sits on the board of Our Bodies Ourselves. Her writings are featured in RH Reality Check, Truthout, The Women’s Health Activist, and AlterNet. She holds a bachelor’s degree from Spelman College and a master’s degree from Georgia State University in Women’s Studies.

M. Bahati Kuumba, Ph.D., is the Associate Professor of Women’s Studies/Associate Director of the Women’s Research and Resource Center at Spelman College, co-founder of the Toni Cade Bambara Scholar-Activism Conference, and 2005 recipient of the Fannie Lou Hamer Award.

Her scholarly research, activism, and public presentations focus on African women transnationally in the areas of social resistance movements, population policy, and global African/Black feminist theory and praxis. She has also done work in the areas of participatory research methodologies and popular education for movement-building. Her research and activism have led to collaborations with women and women’s organizations in the United States, Canada, Cuba, Zimbabwe, and South Africa.