“Not All Speed Is Movement”: Toni Cade Bambara and the Black Feminist Tradition – The Feminist Wire

Home / Black Women / “Not All Speed Is Movement”: Toni Cade Bambara and the Black Feminist Tradition

“Not All Speed Is Movement”: Toni Cade Bambara and the Black Feminist Tradition 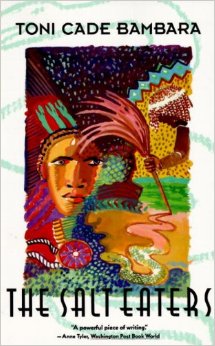 I began teaching at Colorado College as a postdoctoral fellow in the Feminist & Gender Studies Program in September 2010. Just a few months later, I taught my Black Feminist Theory course for the first time. Without a doubt, I decided to teach Beverly Guy-Sheftall’s Words of Fire: An Anthology of African-American Feminist Thought. Alongside this text, I also taught Still Brave: The Evolution of Black Women’s Studies edited by Frances Smith Foster, Beverly Guy-Sheftall, and Stanlie M. James; The Womanist Reader: The First Quarter-Century of Womanist Thought edited by Layli Maparyan (then Phillips); and The Salt Eaters, Toni Cade Bambara’s first novel.

While I revise my courses often, one thing remains the same, something I learned especially from the Black feminist tradition—I always honor the multivocal, intellectual shoulders on which I stand. And I ask my students to always do the same. While I have begun to introduce some contemporary scholarship in my courses—especially encouraging my students to engage with some contemporary pieces in their assignments—I hope to never stop reminding my students that I come from a long line of Black feminists and womanists that have been committed to eradicating oppression in its myriad manifestations for over 1 ½ centuries.

In addition to Audre Lorde, Angela Y. Davis, Alice Walker, bell hooks, Patricia Hill Collins, and our other more well-known Black feminist foremothers, I need my students to know Harriet Wilson, Harriet Jacobs, Sojourner Truth, Gertrude Bustill Mossell—especially since “A Lofty Study” was written almost 40 years before Virginia Woolf’s A Room of One’s Own—Ida B. Wells-Barnett, Flo Kennedy, Claudia Jones, Pauli Murray, Mary Ann Weathers, Cheryl Clarke, Barbara Smith, Paula Giddings, Pearl Cleage, June Jordan, Margaret Walker Alexander, Gloria I. Joseph, Elizabeth Higginbotham, Barbara Ransby, and the many others who helped lift me and my contemporary Black feminist sistars up sometimes even before we knew we were climbing and sometimes much higher than we ever knew we could fly.

This past summer, Aishah Shahidah Simmons and I decided to co-curate this two-week long forum celebrating the life, work, and legacy of one such Black feminist—Toni Cade Bambara, whom I and others affectionately refer to as TCB. We originally wanted to publish the forum near March 25th this year, which would have been TCB’s 75th birthday had she not transcended almost 20 years ago. 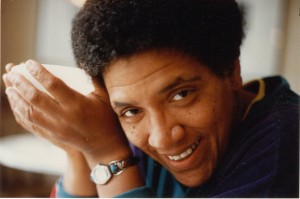 But there was just one problem—we were tired. Aishah was especially tired, as she had just curated an equally tremendous forum in honor of Audre Lorde this past February, a forum that as a co-editor, I also supported with intense copyediting and publishing responsibilities. Not to mention, we both are heavily committed to our careers and our families. As a result, we decided to publish this forum near December 9, the date on which TCB transcended in 1995. Not long after that, we realized that we also couldn’t take this route, as The Feminist Wire decided just over a year ago to take a month-long break every six months—once in June and again in December. We both grew increasingly frustrated until we remembered something TCB asks us in The Salt Eaters—more specifically what Minnie asks Velma—“Do you want to be well?”

After some deep breathing, resting, and thinking, Aishah and I remembered that we could not properly honor Toni without honoring our own health and wellness. So, we decided to publish a mini-forum on her birthday. We swear that Toni’s spirit was—and still is—guiding us and that her light was—and still is—shining on and through us. What are the odds that her birthday would fall on a Friday this year and that, as a result, we would be able to feature her for our “Feminists We Love” series that day? What are the odds that we would be able to secure support for this mini-forum from Cheryl Clarke, Gloria I. Joseph, Samiya A. Bashir, and TFW Contributing Editor Alexis Pauline Gumbs, especially since each one of our Sister/Comrades contributed to TFW’s forum on Audre Lorde just a few short weeks prior to Aishah’s “URGENT, TIME SENSITIVE” emails? Additionally, Alexis was also one of the co-editors of the Lorde forum. Aishah and I are so thankful for their contributions that we decided to publish them again, along with many new offerings, during this larger forum so that our readers may re-read or read our words for the first time as we celebrate TCB to a larger extent each day from today until Sunday, November 30. 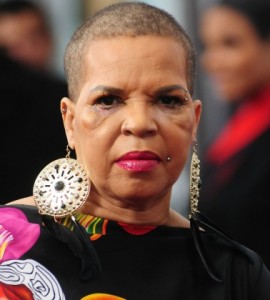 Several pieces—or “peaces,” as Aishah would call them—written for this forum reference TCB’s commitment to community. This is a value that Aishah and I share, as do the many contributors to this tremendous praisesong. I’ve been especially nervous throughout the preparation for this forum, because it has been an honor to communicate and collaborate with so many legends to whom I am forever indebted, including, but certainly not limited to, Rita Dove, Haki Madhubuti, Linda J. Holmes, Ayoka Chenzira, Beverly Guy-Sheftall, E. Ethelbert Miller, and Eleanor Traylor. This experience has truly been magical. As I read “Black Blessings: Toni Cade Bambara and Octavia E. Butler” by Ayana Jamieson for the first time, chills ran up my spine as I looked at the picture she entrusted with us of her, TCB, Sonia Sanchez, Thulani Davis, Ntozake Shange, Bebe Moore Campbell, Barbara Smith, Sherley Anne Williams, Elaine Brown, Octavia Butler, Lucille Clifton, and so many others gathering together to celebrate their lives and work at the Essence Magazine Black women writers retreat in Nassau, Bahamas, the same place where my husband and I first said, “I do.” I kept opening the document just to look at that picture and over again. I still do. I stood where they stood. I breathed the same air. That, for me, is very spiritual. Something I will never forget.

But I have to be honest—one of my favorite things about TCB is that she was what I call “raw.” She gave it to herself and her communities “straight, no chaser.” It’s not that she didn’t engage with herself and her communities with love. In fact, I would argue that she was “raw” because of that love. Along these lines, Aishah has taken to reminding me of one of Toni’s most powerful quotes—in my humble estimation,

We live in a part of the world, for example, that equates criticism with assault, that equates social responsibility with naive idealism, that defines the unrelenting pursuit of knowledge and wisdom as fanaticism.

I write and teach most often about popular culture, and it never ceases to amaze me when my audiences become incensed with my critiques of their favorite entertainers. I once wrote a critique of Jeff Davis, creator of MTV’s Teen Wolf, and Lena Dunham, creator of HBO’s Girls, and was asked, “What did they ever do to you? It’s not their fault that people love them and their work!” I won’t detail my responses a lot here, because I only mention this to point out that TCB transcended almost 20 years ago, yet her words are still as powerful today as they were when she spoke and wrote them. I’m thankful to be part of this very important space that is intended to uplift the power of her work for those who knew her and those who may be getting to know her for the very first time. 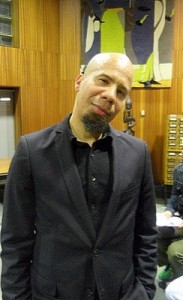 As the title of this essay suggests, one of my favorite TCB quotes is, “Not all speed is movement.” It’s almost as if TCB was anticipating the current age of social media, when it seems that we—as I am not innocent in this—are more concerned with being the first to act/speak/write than we are with being deliberate and intentional, like one of our most acclaimed Black feminist foremothers, Audre Lorde, advised so long ago. Similarly, in “The Weight in Being Well: The Salt Eaters and the Genius of Toni Cade Bambara”—a piece featured in this very forum—Steven G. Fullwood writes,

When black people witness or experience an injustice so profoundly perverse, so vile and painful, before acting we need sustenance, we need perspective and we need to figure out how to change shit.

Mistakes are going to be made, to be sure, and some things require our urgent attention. But if we took a page out of TCB’s book, we’d do less harm to the most vulnerable communities in our world.

Along those lines, I also learned something from every contribution in this forum that will surely improve my teaching. I especially learned from Zeinabu irene Davis, as she writes to TCB, “You taught me then as you do now to trust the audience, trust their intelligence and the gifts that they bring to the experience.” Conversely, I’m always telling my students not to trust their audiences. I always say, “Tell them what you want them to know or else they’ll walk away with something completely different—something that has nothing to do with what you gave them.” I’ll probably never say that again, though, because what I really mean is that any writer, including me, needs to be clear about what they’re trying to communicate. After that, it’s up to the audience. I have TCB and Zeinabu to thank for that.

See, Toni, you are still teaching. We are still learning from you through the genius you left with everyone whose lives you touched—personally and through your work.

Before I close, I want to thank my students—Samantha Crook and Meryl Ellingson—who, in one way or another, supported my efforts to help bring this forum to fruition. Along those lines, I must thank Aishah Shahidah Simmons. Without her, none of this would have been possible. It was her love for TCB that reinvigorated my own, and had she not committed her time and energy to this forum, I would not have had the opportunity to fall in love with Toni more than I already was.

Heidi R. Lewis is an Assistant Professor of Feminist & Gender Studies at Colorado College. Her teaching and research focus on feminist theory, gender and sexuality, Black Studies, Critical Media Studies, Critical Race Theory, Critical Whiteness Studies, social justice, and activism. Her essay “An Examination of the Kanye West’s Higher Education Trilogy” is featured in The Cultural Impact of Kanye West, and her article “Let Me Just Taste You: Li’l Wayne and Rap’s Politics of Cunnlingus” is forthcoming in the Journal of Popular Culture. She is currently in the process of completing articles that examine Rihanna’s “Pour It Up” and FX’s The Shield, as well as a full-length book manuscript that examines popular culture vis-à-vis intersectionality. She has given talks at Kim Bevill’s Gender and the Brain Conference, the Frauenkreise Projekt in Berlin, the Educating Children of Color Summit, the Sankofa Lecture Series, the Motherhood Initiative for Research and Community Involvement, the Gender and Media Spring Convocation at Ohio University, and the Conference for Pre-Tenure Women at Purdue University, where she earned a Ph.D. in American Studies (2011) and a Graduate Certificate in Women’s Studies (2008). Heidi has also been a contributor to Mark Anthony Neal’s NewBlackMan, NPR’s “Here and Now,” KOAA news in Colorado Springs, and KRCC radio (the Southeastern Colorado NPR affiliate), and she was featured as a Racialicious “Crush of the Week.” She and her husband, Antonio, live in Colorado Springs with their two children, AJ and Chase, and their cat Max. Learn more by following Heidi on Twitter at @therealphdmommy and by visiting her FemGeniuses website.